MILAN – Italy will support any European Union line on sanctions against Russia in response to Moscow’s invasion of Ukraine, including measures on the SWIFT global payment system, Prime Minister Mario Draghi’s office said on Saturday.

Draghi held a phone conversation with Ukrainian President Volodymyr Zelenskiy on Saturday, “reiterating Italy … will fully support the European Union line on sanctions against Russia, including on SWIFT”, the office said in a statement.

A decision to cut Russia off from SWIFT will be taken in a matter of days, the governor of a central bank within the euro zone told Reuters on Saturday. 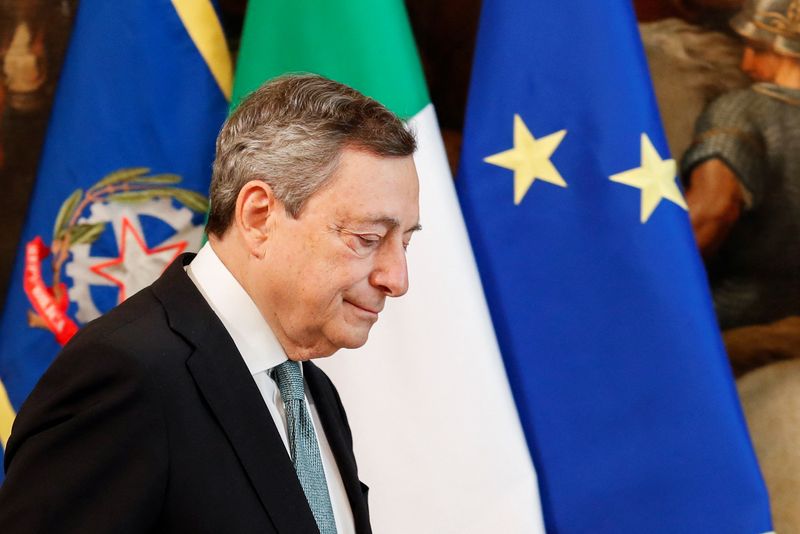