PARIS – The war in Ukraine, and heavy sanctions Western powers have taken against Russia, will have long-lasting and serious consequences for the French farming sector, the European Union’s biggest, French President Emmanuel Macron said on Saturday.

“If you ask me to share one conviction with you this morning, it is that this crisis is here to stay, this war is here to stay,” Macron told the Paris farm show on Saturday.

Trade restrictions resulting from EU sanctions on Russia will weigh on French exports such as wine and grains, Macron said, while a further rise in energy prices will hit livestock farming.

“We are building a resilience plan,” Macron said, adding measures would be taken to protect farmers from cost pressures and compensate lost revenues.

A surge in commodity prices in the past year has benefited grain producers but squeezed livestock farmers for whom grain feed is a major cost. The government announced at the end of January a 270 million euro ($304 million) relief package for the pork sector.

The crisis in Ukraine is increasing volatility in agricultural markets, with Paris wheat futures hitting a record high on Thursday. Farmers are also worried the crisis could exacerbate supply tensions in fertilisers and disrupt the spring growing season for crops.

The annual Paris farm show, the Salon de l’Agriculture, is a major occasion in France and, coming less than two months before the first round of presidential elections, has drawn the major candidates.

French commentators long expected Macron could use his presence at the show to officially announce he will be running for a second term, a fact nobody in France doubts.

Related:  It's not too late to plant these fall vegetables in New Jersey

But international crises, above all Russia’s invasion in Ukraine, have thwarted the president’s calendar several times.

While Macron spent over 12 hours at the Salon’s last edition in 2020, trying to reassure farmers over the impact of Brexit and a reform of the EU’s farm policy, he only spoke on Saturday for about 15 minutes. 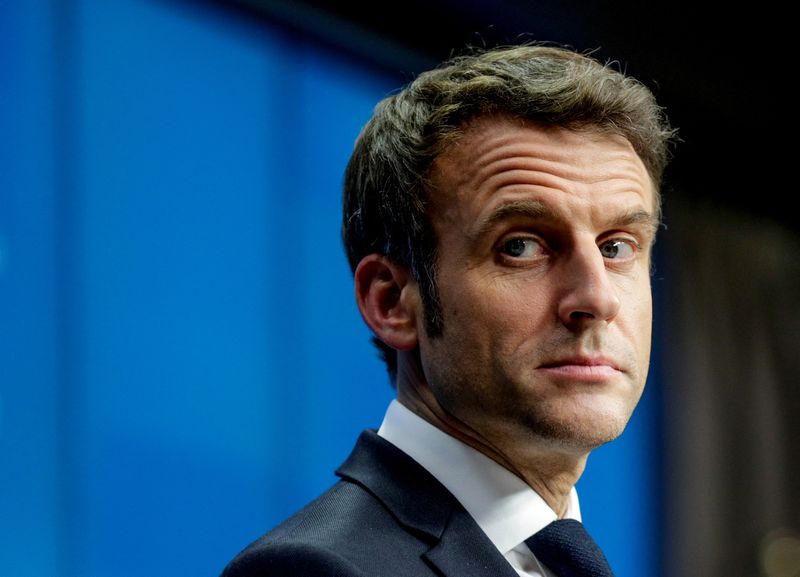 New York governor tells Republicans to go to Florida, where they belong

New York governor tells Republicans to go to Florida, where they belong