WASHINGTON – A prominent Senate Republican said on Saturday that his party would not deserve to govern after November’s midterm elections unless it was willing to adopt his controversial agenda that has rankled some Republicans and drawn attacks from Democrats.

Senator Rick Scott of Florida, who chairs the National Republican Senatorial Committee, told an audience of conservatives in Orlando, Florida, that his 11-point “Rescue America” plan is needed to preserve the country against what he described as an onslaught of “woke” policies from the left.

The plan, which Scott launched earlier this week, includes proposals that would impose income taxes on Americans who currently pay none and require all federal legislation to sunset after five years.

“If the Republicans return to Washington’s business as usual, if we have no bigger plan than to be a speed bump on the road to America’s collapse, we actually don’t deserve to govern,” Scott told the Conservative Political Action Conference.

His plan is “going to be ridiculed by the left, mocked by Washington insiders and strike fear in the heart of some Republicans,” Scott said. “This is not the time to be timid. This is the time to be bold.”

The initiative puts him at odds with Senate Republican leader Mitch McConnell, who has avoided issuing a legislative plan in an effort to focus Republicans on criticism of President Joe Biden and his Democratic allies.

The Senate is currently split 50-50, with Democrats in control because Vice President Kamala Harris wields a tie-breaking vote. To retake the majority, Republicans would need support from independent voters, who party strategists fear could be put off by the Scott proposal.

Scott spokesman Chris Hartline said the senator is pushing the plan on his own, not as head of the Senate Republican campaign arm. 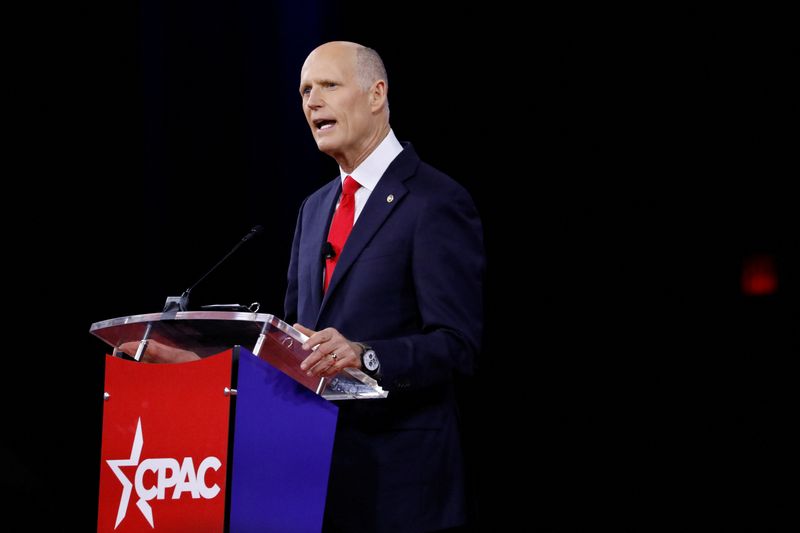