BEIJING -Russia’s attack on Ukraine, which China refuses to condemn or even call an invasion, has sent Beijing into a diplomatic scramble to limit blowback while standing by a partner with which it has grown increasingly close in opposition to the West.

China has repeatedly called for dialogue, with Foreign Minister Wang Yi telling senior European officials in a flurry of telephone calls on Friday that China respects countries’ sovereignty, including Ukraine’s, but that Russia’s concerns about NATO’s eastward expansion should be properly addressed.

After one call between Russian President Vladimir Putin and Chinese counterpart Xi Jinping, China said Putin was willing to engage in “high-level” dialogue with Ukraine and the Kremlin later said Putin was ready to send a delegation to Minsk for talks with representatives of Ukraine.

The diplomatic overture follows an invasion some diplomats in Beijing believe came as a surprise to China, which did not tell its citizens to leave Ukraine ahead of time and which had repeatedly accused the United States of hyping the threat of a Russian attack.

This week Beijing, which bristles at criticism of its stance on Ukraine, would not directly address whether Putin told China he was planning to invade, saying Russia as an independent power did not need China’s consent.

China’s foreign policy is based on non-interference in the affairs of other countries, and it has yet to recognise Russia’s claim to the Crimea region of Ukraine after its 2014 invasion.

“Their first reaction of denying there was an invasion was surprising to us,” said a Western diplomat in Beijing who declined to be identified, given the sensitivity of the matter.

“It is a total contradiction with their long-standing positions on sovereignty, territorial integrity, non-interference.”

Three weeks ago, Putin met Xi hours before the start of the Winter Olympics in Beijing and they signed a wide-ranging strategic partnership aimed at countering U.S. influence and said they would have “no ‘forbidden’ areas of cooperation”.

The attack on Ukraine, which counts China as its largest trading partner with two-way commerce totalling $19 billion and with which it had cordial diplomatic ties, came days after the Olympics ended.

“My sense is that their initial instinct was to follow the 2014 post-annexation of Crimea playbook which worked quite well for them, where they managed to basically stay out of the fray and fade a little bit into the back,” said Helena Legarda, lead analyst at the Mercator Institute for China Studies, in Germany.

Legarda said there was more geopolitical competition now than in 2014 and more scrutiny of China.

“People are watching a lot more carefully, and that ‘We’re not going to take sides, and we’re going to fade into the background’, is no longer a viable option,” she said.

Beijing’s relations with the United States have been deteriorating for years, and its diplomatic support for Russia could accelerate a decline in ties with western Europe, China’s biggest export market, some analysts say, though others believe China has preserved room for manoeuver.

“We understand Russia, but we also have our own consideration,” said Yang Cheng, a professor at Shanghai International Studies University, one of those to express surprise at Russia’s attack.

“But it wouldn’t be the case whereby our relations with the West will not be impacted at all.”

Late on Friday in New York, China abstained from voting on a draft U.N. Security Council resolution that would have deplored Moscow’s invasion of Ukraine.

The abstention, seen as a win by Western countries, was secured after a two-hour delay for last minute negotiations by the United States and others to secure China’s abstention, diplomats said.

Only last month, Xi marked 30 years of ties with Ukraine, hailing the “deepening political mutual trust” between them. Ukraine is a hub in the Belt and Road Initiative, a sprawling infrastructure and diplomatic undertaking that binds China closer with Europe.

The Ukraine crisis creates uncertainty for China during a year in which it craves stability, with Xi expected to secure an unprecedented third leadership term in the autumn.

“This is a very unfavourable situation that an unprepared China has been dragged into by Russia,” said Wu Qiang, an independent Beijing-based political analyst. 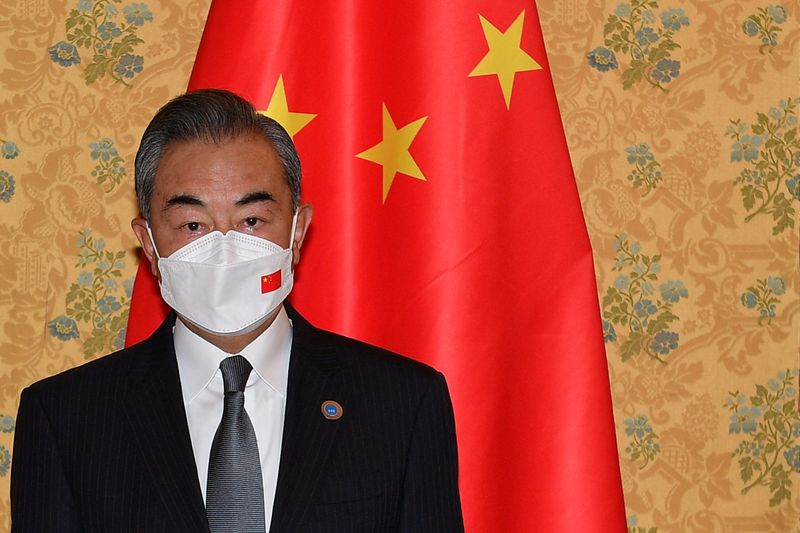