By Andrew Hay and Rod Nickel

– A Texas software developer and a cook in British Columbia are among dozens of Americans and Canadians answering Ukraine’s call for foreign volunteers to fight Russia’s invasion.

With their governments refusing to send troops to Ukraine out of fear of sparking a world war, Americans and Canadians told Reuters they were inspired by Ukrainians’ fierce resistance. Many believe their democratic rights at home may ultimately be jeopardized if they do nothing to defend Europe.

Ukrainian President Volodymyr Zelenskiy called on Sunday for the formation of an “international legion.” Some young volunteers traveled straight to Ukraine to enlist.

Others were applying at Ukrainian embassies and consulates before quitting jobs or dropping out of university.

The mobilization was taking place as Russian artillery bombarded Ukraine’s second-largest city, Kharkiv, on Monday, the fifth day of conflict.

“I feel guilty to not go,” said Dax, 26, a veteran of the elite U.S. Army 82nd Airborne infantry division, who planned to deploy with other former U.S. military personnel. Like many volunteers, the Alabama native declined to give his full name amid discussion on social media of the need to keep their identities and movements secret for security reasons.

Canadian Bryson Woolsey quit his job as a cook on Sunday after seeing Zelensky’s appeal. He has no military training and plans to buy a plane ticket to Poland, cross into Ukraine and volunteer for combat.

“I felt like I had to do something,” said Woolsey, 33, of Powell River, British Columbia, who became restless as he watched images of wounded women and children in Ukraine.

Canada’s Foreign Minister Melanie Joly on Sunday told reporters it was up to individual Canadians to decide whether they wanted to join Ukraine’s international brigade. A U.S. State Department spokesperson, in an email to Reuters, said U.S. citizens are urged not to travel to Ukraine.

Not all volunteers want to fight.

In Quebec, 35-year-old physician Julien Auger was preparing to leave his young family to become a medic with Ukraine’s health ministry and provide “neutral” humanitarian aid.

“Global opinion and support is the key right now to solving the conflict,” said Auger, a father of two who provides palliative care at a hospital in Saint-Jérôme.

In online groups, military veterans warned volunteers who lacked combat training they were heading into a conflict where inexperience could be a liability for themselves and others.

That did not stop those like Tai B., 23, who studied journalism in New York.

“I’m not looking to be a hero, or a martyr, I just want to finally do something right,” said Tai, who can cook, do basic mechanics and knows how to handle a firearm. He said he has contacted Ukraine’s U.S. Embassy staff about enlisting in Zelenskiy’s “international legion.”

Hyde, a 28-year-old from the U.S. Midwest, said he was already in Kyiv and expected to start military training on Tuesday.

“I cannot bear the thought of Europe once again being plunged into warfare,” said Hyde, who described himself as a gun enthusiast and avid survivalist with no combat experience. He expects to be given a helmet, body armor, knee pads and eventually a rifle.

In Austin, Texas, a software developer said he would draw on his experience as a U.S. Army cadet to fight for Ukraine.

“If they’re willing to defend democracy then I think those that benefit from a democratic society are duty-bound to support them,” said the 25-year-old, who asked that his name not be used. “I’m not telling my parents until I head to the airport.” 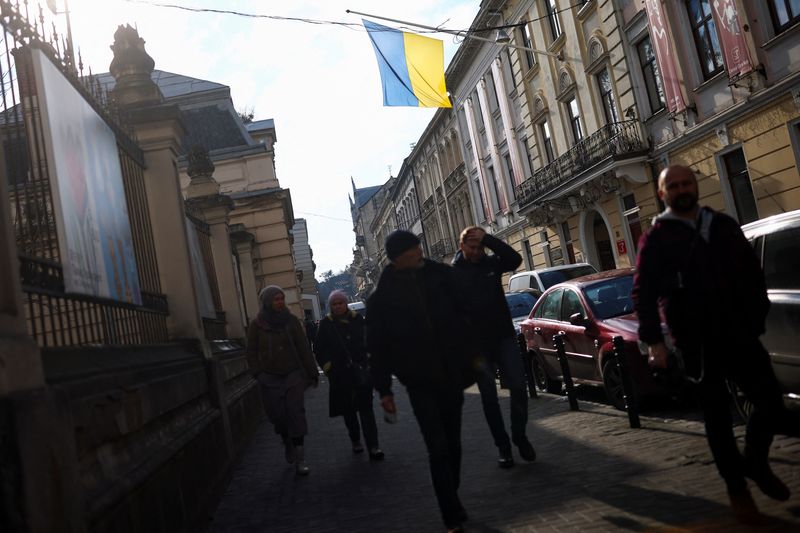