WASHINGTON -The Biden administration is expected to announce as soon as this week a plan to beef up its skeletal staffing in the U.S. embassy in Havana to restore visa processing for Cubans that had been largely suspended since the Trump era, people familiar with the matter told Reuters.

The deployment of additional consular officers to Havana, a result of President Joe Biden’s ongoing year-long review of policy on communist-led Cuba, would mark an initial phase of easing strict limits on visas imposed under former President Donald Trump.

The State Department under Trump sharply scaled back embassy staff in 2017 following a spate of “anomalous health incidents” that came to be known as “Havana syndrome.” The unexplained illnesses first affected U.S. employees in the Cuban capital and later cropped up in other parts of the world.

There have been no recent reports of incidents in Havana.

The drawdown all but halted visa processing for Cubans who in many cases seek to emigrate or travel to the United States to reunite with families. It coincided with Trump’s rollback of a historic rapprochement that his predecessor, Barack Obama, oversaw between the United States and Cuba, Washington’s old Cold War foe.

The two people familiar with the matter declined to be identified because they were not authorized to disclose details. One said the plan was expected to be announced as early as Thursday by senior U.S. diplomats in Havana.

A State Department spokesperson said the administration was committed “to exploring options to ensure appropriate staffing at U.S. Embassy Havana” while maintaining security. “These options could include sending both temporary and longer-term personnel,” the official added, declining to elaborate.

The Cuban government did not immediately respond to a request for comment.

It was not immediately known how many staffers would be added and how soon they would arrive, but the sources said they would focus on a huge backlog of visa requests. There were more than 90,000 Cubans on the “immigration waiting list” as of November, according to the State Department’s latest figures.

In the Trump era, the processing of Cubans’ visas had been transferred to the U.S. embassy in Guyana, where few Cubans could afford to travel.

Assistant Secretary of State for the Western Hemisphere Brian Nichols told lawmakers during a Feb. 3 hearing that the administration would send “temporary duty consular officers to Havana in the not-too-distant future” but he did not offer any details.

Even with this week’s expected embassy announcement, the Biden administration is not likely to provide any further clarity for now on any plans for easing the flow of remittances to Cuba that were severely restricted under Trump. Money sent by Cuban Americans to families on the island had served as a financial lifeline for them.

“That decision is still on hold,” one of the sources said.

Nichols testified last month that recommendations on remittances were in the White House’s hands and “we await their decision.”

Biden, who served as Obama’s vice president, had promised during the 2020 election campaign against Trump to re-engage with Cuba’s government.

But the Biden administration slapped sanctions on Cuban officials and security force in response to Havana’s crackdown on protesters in July, and has since imposed further measures over Cuba’s prosecution of hundreds of jailed protesters.

Biden officials are mindful that any easing of restrictions on Cuba could lead to political fallout from conservative Cuban Americans. The latter make up a large voting bloc in south Florida and mostly backed Trump’s tough policies toward Cuba, helping him to win the important swing state last year.

But the resumption of visa processing at the embassy is less likely to spur a serious political backlash since a number of Cuban American lawmakers, both Democrats and Republicans, have backed the idea. 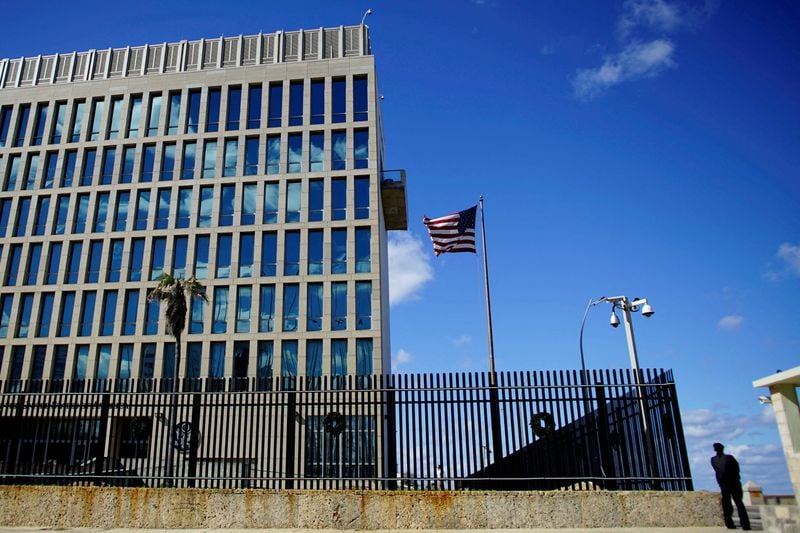