TOKYO – Every March, management of Japan’s blue-chip firms meet with unions for wage talks across industries that set the tone for employees’ pay in the new fiscal year.

The precedent set at the “shunto” spring wage talks also influences wages at smaller firms that supply big manufacturers. The talks have substantial implications for the world’s no.3 economy, where policymakers are desperate to kickstart domestic demand after decades of deflation.

Here is an overview of the wage negotiations, and why they are particularly important this year. (For a related story, click on)

WHY ARE COMPANIES UNDER PRESSURE THIS YEAR?

Prime Minister Fumio Kishida has exhorted profitable firms to raise wages by 3% or more this year, thrusting wage talks into the spotlight.

He has pushed to boost growth and wealth distribution since taking office in October, touting a “new capitalism” agenda.

The outcome of the wage talks will give a clear sense of corporate attitudes on higher pay, which is critical to stimulate domestic demand. Policymakers want to generate a virtuous growth cycle to move inflation towards the Bank of Japan’s long-elusive 2% target.


Bellwether Toyota Motor Corp has accepted union pay demands, its chief executive said last week, although it and the union have not disclosed the pay rise.

However, analysts said the speed with which it wrapped up the talks was notable, given the government demands for higher wages.

HOW BIG WILL THIS YEAR’S INCREASE BE?

Analysts expect wages to rebound slightly above 2% as profits have recovered from the COVID-19 slump, but the size of the increase may still be behind that of price hikes, in a blow to consumer purchasing power.

“The focus of this year’s talks is whether Japan can revive momentum for wage hikes, which was disrupted by the pandemic,” said Hisashi Yamada, senior economist at Japan Research Institute.

With labour’s share of profits at historic lows and liquidity on hand at highest levels since the 1980s, cash-rich Japanese firms have ample room to raise wages, he said.

WHY DOES JAPAN HAVE ANNUAL LABOUR TALKS?

The “shunto” talks began in 1956 when the postwar economy was experiencing high growth, and unions demanded improvement in wages and job conditions by resorting to tactics such as general strikes in big cities.


Unionists have long since turned cooperative, rather than combative, working with management on the shared objective of job security rather than higher pay.

WHY THE TRADITIONAL FOCUS ON BASE PAY?

During the talks, the country’s largest trade union confederation, “Rengo”, sets a specific target for base-pay increases. That increase, which is permanent, is often accompanied by one-time bonuses, which are not.

Bonuses can make up a significant portion of annual pay, and are often sharply reduced – or not paid at all – in lean years, adding to the tendency for households to hoard cash.

As Japan slid into deflation around 2000, management and unionists agreed to no base-pay hikes for more than a decade through 2013. Prime Minister Shinzo Abe’s return to power for a second term saw him intervene heavily in the talks, ensuring modest pay hikes.

Toyota was long the pace-setter of the wage talks, but in recent years its union has withheld details on base pay and focused instead on trying to rectify income gaps among workers. 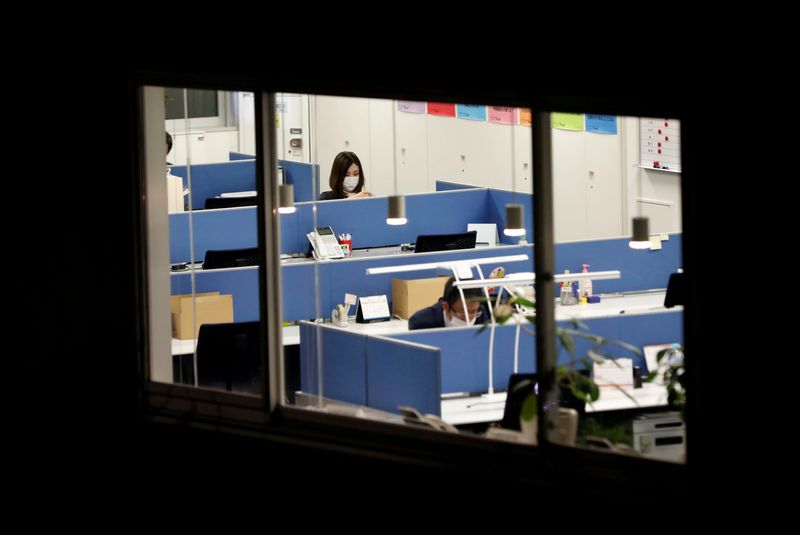