WASHINGTON -The first criminal trial of a person accused of taking part in the Jan. 6, 2021, assault on the U.S. Capitol by Donald Trump’s supporters opened on Monday, with a judge screening potential jurors for bias.

The defendant, Guy Reffitt of Texas, is one of about 750 people charged with taking part in the riot, which attempted to stop Congress from formally certifying Democratic President Joe Biden’s election.

A guilty verdict for Reffitt could motivate other defendants who face felony charges to accept plea deals offered by prosecutors.

More than 200 people have pleaded guilty to criminal charges relating to the Capitol riot. The riot was fueled by Trump’s false claims that his election loss was the result of fraud.

Reffitt faces charges of entering the Capitol grounds with a firearm as well as an obstruction charge because he allegedly threatened his teenage children with harm if they turned him in to authorities.

Reffitt’s estranged son, now 19, turned him into the FBI. The son, Jackson, is expected to testify against his father at trial, prosecutors have said.

U.S. District Judge Dabney Friedrich asked several questions of a group of about 50 prospective jurors to determine whether they could be fair and impartial.

The jury selection process is expected to take all of Monday and possibly into Tuesday, and the trial could take more than a week.

Jurors were asked if they followed news coverage about the Jan. 6 attack and whether they have such strong feelings that they cannot be fair.

Friedrich said she would not strike prospective jurors who have read about the Jan. 6 attack, so long as they say they can be fair.

“They’ll just have to show their opinion isn’t fixed,” the judge said, adding: “Nobody comes into this court with a completely clean slate about Jan. 6 because it was so widely reported.”

One prospective juror, who identified himself as a program analyst for the U.S. Department of Defense, said he had sought out a range of perspectives about the Jan. 6 riots by listening to both CNN and Fox News and believed he could be fair.

Friedrich blocked some potential jurors who said they have such strongly negative feelings about the Jan. 6 attack that it would be difficult to remain neutral, including one man who said he lives two miles (3.2 km) from the Capitol and was afraid to leave his house during and after the attack.

(Reporting by Jan Wolfe in Washington; Editing by Scott Malone and Jonathan Oatis) 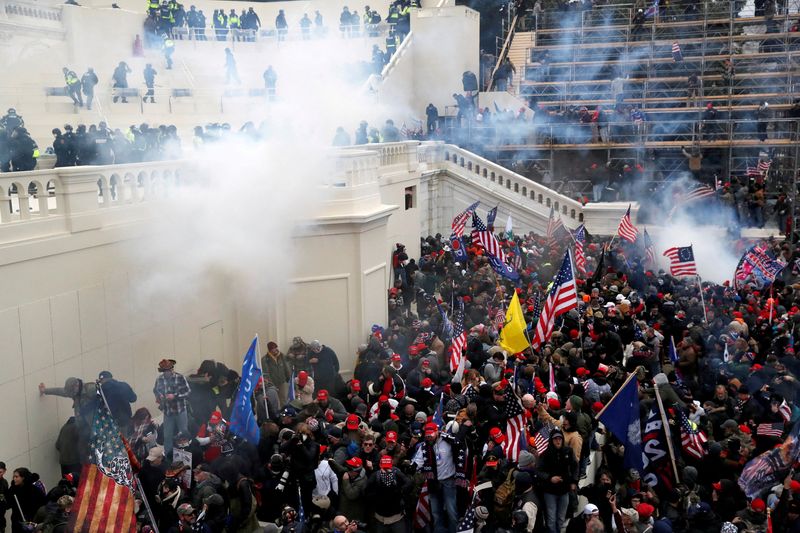