HONG KONG/MANILA -A rapid spread in COVID-19 cases in Hong Kong has cast a spotlight on the plight of domestic helpers in the global financial hub after some were fired or made homeless by their employers when they tested positive for coronavirus.

Hong Kong has around 340,000 domestic helpers, most hailing from either the Philippines or Indonesia. Many families in the city depend on live-in helpers for housekeeping and to look after the elderly and children, with the minimum wage set at HK$4,630 ($593) per month.

Under Hong Kong law, migrant domestic workers must live with their employers, often residing in tiny rooms or sharing the bedrooms of the children they care for.

Reports from helper support groups and local media of these workers being kicked out or dismissed have triggered appeals from Philippine authorities for the Chinese-ruled city to protect and support the domestic workers.

The Hong Kong Federation of Asian Domestic Workers Unions told Reuters last week it had received more than 20 cases of domestic helpers who had tested positive for COVID being fired.

Hong Kong’s Labour Department has warned employers it is an offence to sack those infected. People who break the law could face a fine of up to HK$100,000.

In an emailed response to Reuters, the department said it would investigate any wrongful dismissals.

“The government appeals to the employer to be compassionate and consider granting…(helpers) paid sick leave,” it said, adding employers should also provide “free and suitable accommodation as well as free medical treatment”.

Two domestic helpers who said they were abandoned by their employers and left on the streets after testing positive for COVID told Reuters they felt helpless and traumatised by the experience.

“I was depressed, hopeless, and felt anxiety because I am in a foreign country,” said one of the helpers, who declined to be identified due to the sensitivity of the issue. She said her employers gave her medicine, but told her to leave their home and find a shelter to stay at, so she did not infect the family.

“All I was thinking about was where to get food and where to find a place to stay because it was very cold outside,” said the woman, who has been working in Hong Kong as a domestic helper since 2005.

The other helper, who has been in Hong Kong for four years, said she felt discriminated against, and would now rather return to the Philippines than stay in Hong Kong.

Both the helpers found shelter with HELP for Domestic Workers, a non-governmental organisation which provides shelter and basic supplies to those in need.

“At the moment, the supply is not keeping up with the demand. And given that there are so many mandatory testing notices, so many people that are testing positive, we are unable to find isolation facilities for everybody,” said Manisha Wijesinghe, executive director of HELP for Domestic Workers.

As the government grapples to contain the COVID outbreak, Hong Kong authorities have banned flights from nine countries, including the Philippines, and tightened entry restrictions, leading to a shortage of domestic helpers.

Many domestic helpers work long hours and are only allowed one day off a week, when they usually get together in parks and open spaces throughout the city.

Hong Kong’s public hospitals have been severely stretched, struggling to cope with an influx of COVID patients including the elderly, many of whom have resisted vaccinations.

Since the start of the epidemic, Hong Kong has recorded more than 171,000 coronavirus infections and over 650 deaths, much lower than most major cities.

Healthcare and isolation facilities are overwhelmed, with the government scrambling to build new units to deal with a surge in cases.

“I was sitting in a taxi area while waiting for information on where I could go. I told myself I have to stay strong, I am alone and I don’t have help. But at that time, I was already in tears,” said one of the two domestic helpers, relating her experience. ($1 = 7.8142 Hong Kong dollars) 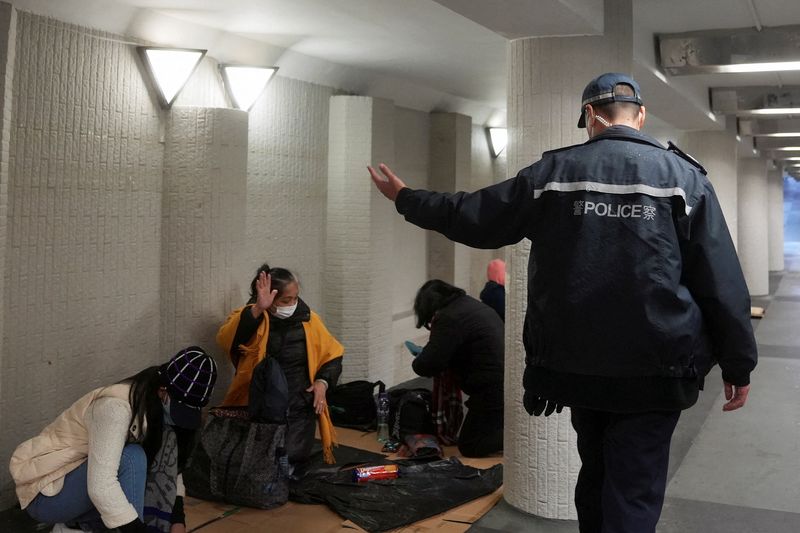 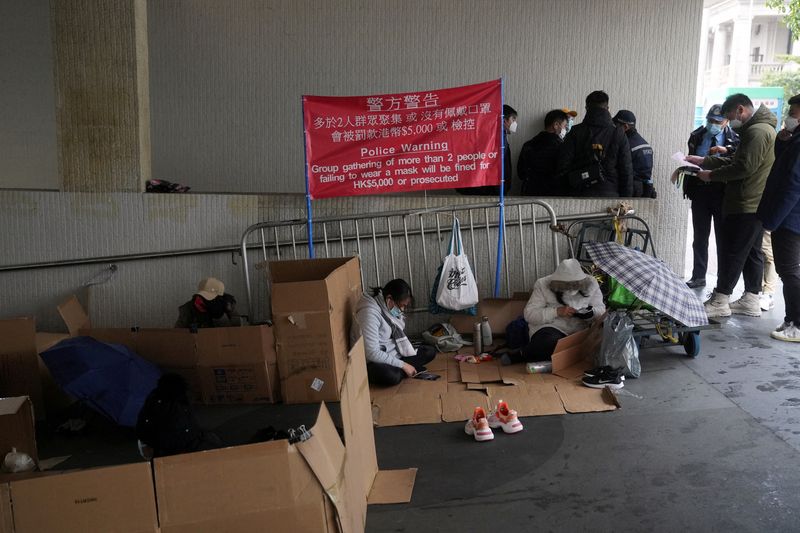 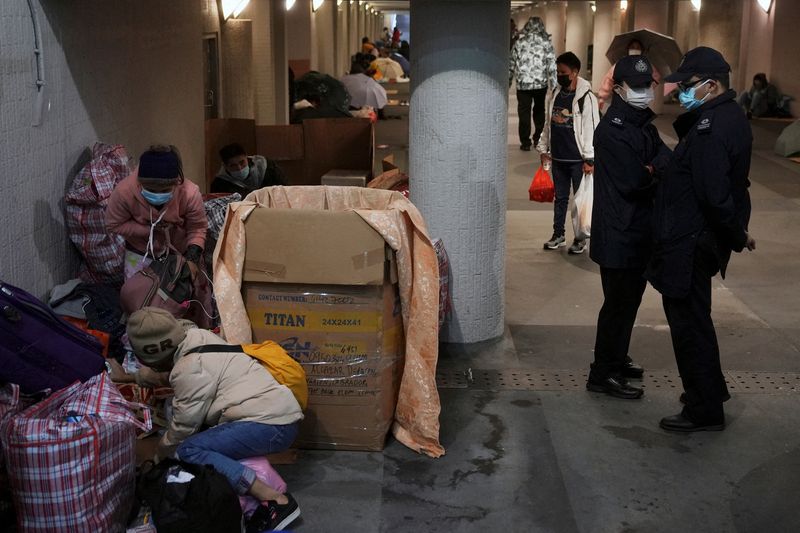 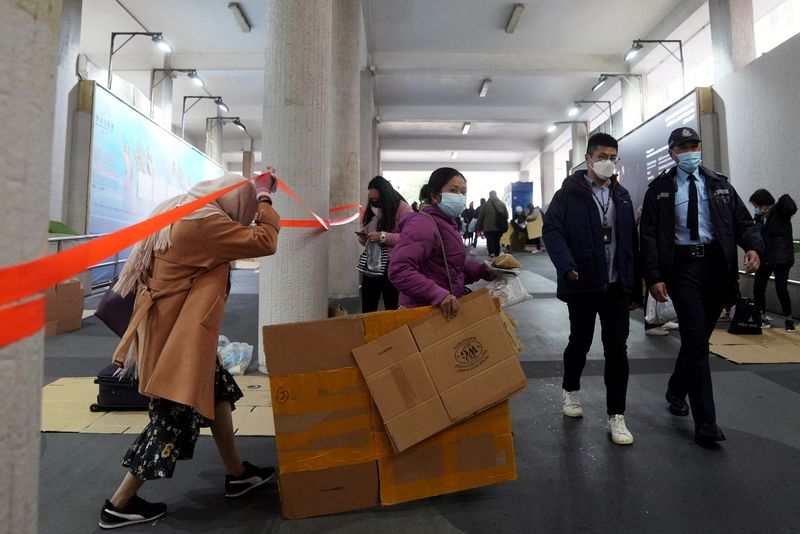