By Tetsushi Kajimoto and Kantaro Komiya

TOKYO -Japan will join the international sanctions on Russia’s central bank by limiting transactions with it, Prime Minister Fumio Kishida said on Monday, after telling Ukrainian President Volodymyr Zelenskiy that Japan would stand by its side.

Speaking to reporters after telephone talks with Zelenskiy, Kishida also said Japan would impose sanctions on Belarusian organisations and individuals including President Alexander Lukashenko, and limit exports there given the country’s “evident involvement in the invasion” of Ukraine.

“I told (President Zelenskiy) that Japan is with Ukraine… and offered firm support for Ukraine’s sovereignty and territorial integrity,” Kishida said.

Japan joins the West in seeking to restrict the Russian central bank’s ability to deploy $640 billion of forex and gold reserves, and cut Russia’s major banks off the SWIFT financial network, making it hard for lenders and companies to make and receive payments.

He spoke after a meeting with counterparts at the Bank of Japan and the Financial Services Agency to discuss the fallout from the Ukraine crisis – the first such gathering in roughly a year.

Japanese shares fell and the yen drew demand as a safe haven currency on Monday, after Western nations imposed the new sanctions on Russia.

The rouble plunged nearly 30% to an all-time low versus the dollar on Monday. The stock market and derivatives market remained closed.

Kishida said Japan, which has pledged $100 million in emergency humanitarian aid to Ukraine, would also allow Japan-based Ukrainians to extend their stay amid the conflict. 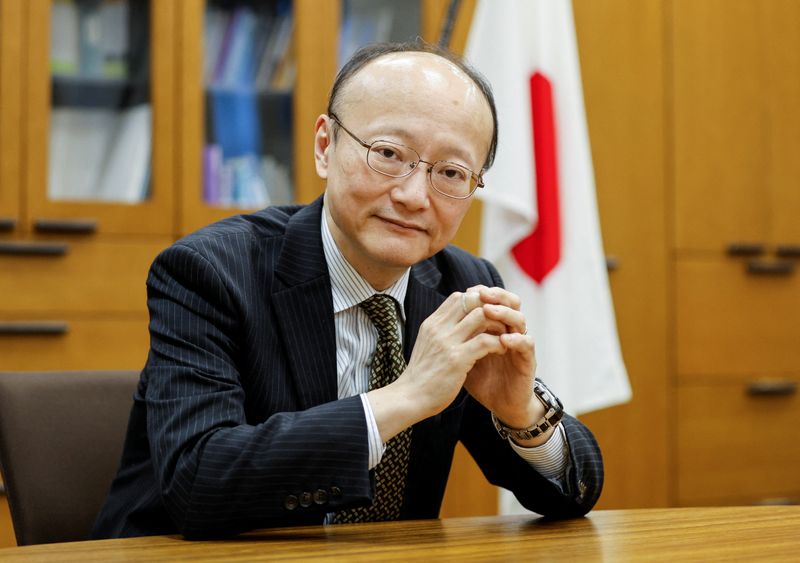