BENGALURU – Malaysia’s central bank will wait until the third quarter before raising interest rates from a record low to support an uneven economic recovery, according to a Reuters poll of economists who predicted higher rates by year-end than in a survey conducted in January.

With economic growth yet to return to pre-pandemic levels and inflation within Bank Negara Malaysia’s (BNM) expectations, the central bank is likely to remain patient on rates, shunning recent hawkishness by some global peers.

The Feb. 14-28 Reuters poll predicted BNM would hold its one-day repurchase rate at 1.75% until at least the end of June, with only four economists expecting a rate rise before then, in May.

All 19 economists expected no rate change on Thursday.

The central bank was expected to hike rates to 2.00% in the third quarter, based on the median view, with half the 18 economists polled expecting that rate. Five expect rates to reach 2.25% and four expect no change by end-September.

Rates were expected to climb to 2.25% in the fourth quarter, based on the median, higher than in a January poll. Seven of 18 economists said rates would end 2022 there, three said 2.50%, another seven said 2.00% and one forecast no rise in rates.

“We expect Bank Negara Malaysia to stay patient and maintain its overnight policy rate at a record low to provide continued support to the ongoing economic recovery and enable a sustainable upturn amid moderate inflation,” wrote Han Teng Chua, an economist at DBS Group Research.

That cautious approach echoes the stance of a few other central banks in Asia, including the Reserve Bank of India, the Philippine central bank and the Bank of Thailand, which were all expected to maintain an accommodative stance.

The BNM is due to raise rates by 25 basis points in July-September next year, to 2.50%, based on a lower sample of forecasters.

While headline inflation decelerated to 2.3% in January, core inflation was 1.6% as economic activity normalised amid high input costs.

“The build-up of domestic inflation pressures together with sustaining growth momentum and more aggressive Fed monetary policy tightening would justify an interest rate hike by Bank Negara Malaysia as early as in 2Q22,” wrote Julia Goh, senior economist at UOB. 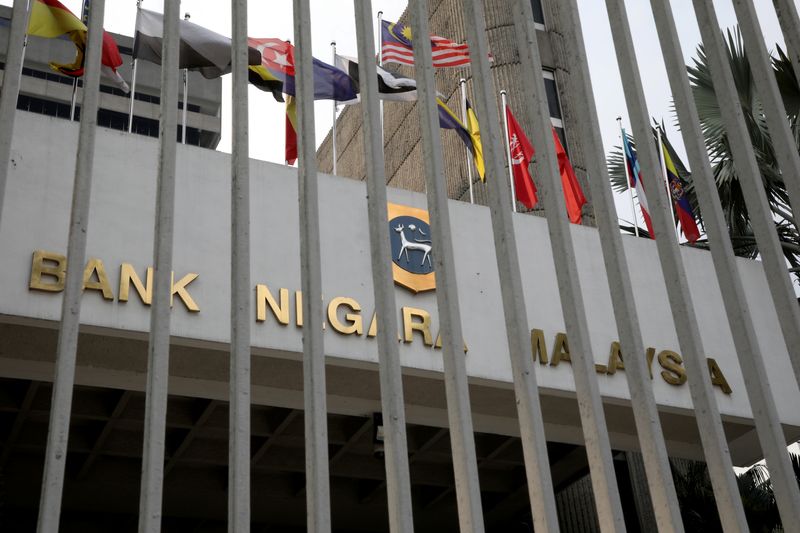