Francis Fukuyama’s bestseller “The End of History and the Last Man” was published 30 years ago and popularised the idea that the triumph of liberal democracy would open a new era of global peace and prosperity after the Cold War.

Since then, a long list of events and trends, from the 9/11 attacks to the rise of populism, has made that idea look somewhat outdated but Russia’s invasion of Ukraine probably constitutes the final nail in that narrative’s coffin.

On this last Monday morning of February 2022, the future looks very different to what it did just a week ago.

Short term, financial markets are facing an extremely volatile situation worsened by the fact the 2022 outlooks sent by investments banks at the end of 2021 are now completely irrelevant.

The massive sanctions implemented by Western allies, notably the step to block certain Russian banks from the SWIFT payments system is sending oil prices above $100 a barrel.

One of the most spectacular effect of the sanctions was the rouble collapsing nearly 30% overnight with investors rushing to find safe havens in the dollar and gold while the euro fell a sharp 1%.

The urgency to park capital safely was also exposed through the 10-year U.S. Treasury yield falling about 9 basis points to 1.89%.

Still, the current rally on safe government bonds tells little about how central banks will react to the crisis.

As much as surging energy prices lifting inflation further make the case to speed up monetary tightening, the unavoidable hit on economic growth also needs to be addressed. Goldman Sachs estimates the conflict could shave off as much as 0.4% of euro area GDP this year.

Bets were on the U.S. Federal Reserve and the European Central Bank to proceed more cautiously than previously expected have grown.

Across equity markets, European bourses are most exposed and futures show the continent’s blue chips opening down about 3% while in Asia, MSCI’s index of regional stocks was roughly flat.

Among major announcements over the weekend, Norway’s $1.3 trillion sovereign wealth fund said it would divest its Russian assets and Britain’s BP decided to exit the capital of Russian giant Rosnet. 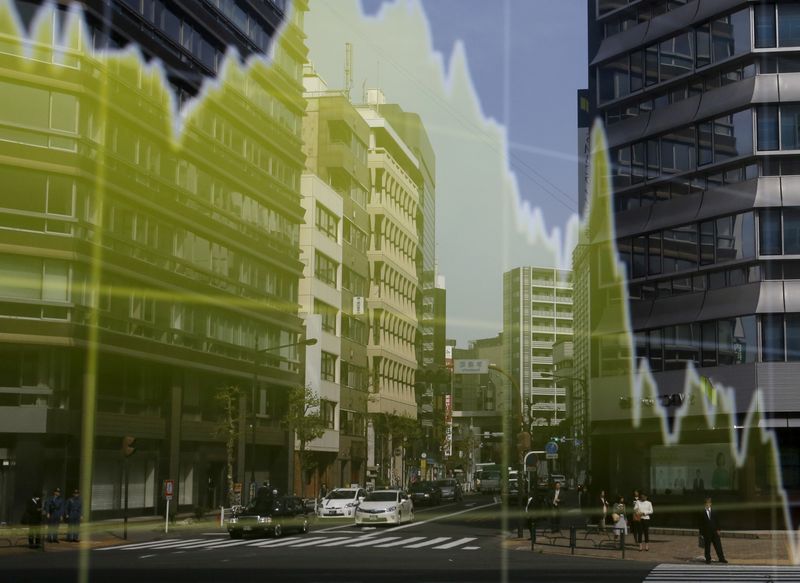