COPENHAGEN – Toymaker Lego has recommended that its staff in Russia not attend protests or get involved in any public discussion about the war in Ukraine, after police detained thousands at anti-war protests across Russia.

The advice was given to ensure the safety of its employees, but also highlights the challenge for foreign companies with staff in Russia as tensions between the West and Moscow grow.

In an email sent on Monday and seen by Reuters, Lego recommended its 80 employees in Russia “avoid discussing sensitive topics on the Russia-Ukraine and associated subjects in public and in social networks or internet overall.”

“Do not engage, whether intentionally or unintentionally, into any public protest or even peaceful demonstrations,” it said.

More than 5,500 people have been detained in Russia at various anti-war protests since the country began an invasion of neighbouring Ukraine on Thursday.

A Lego spokesman said the email had made clear that these were guidelines only and it was a personal choice whether to follow them.

“We deeply care about our colleagues in Russia, which is why we shared recommendations from our security team on ways they could protect their personal safety,” the spokesman said.


Lego also said that it in partnership with major shareholder Lego Foundation and the Ole Kirk Foundation, a non-profit organisation, would donate 110 million Danish crowns ($16.60 million) to emergency relief efforts in the Ukraine conflict. 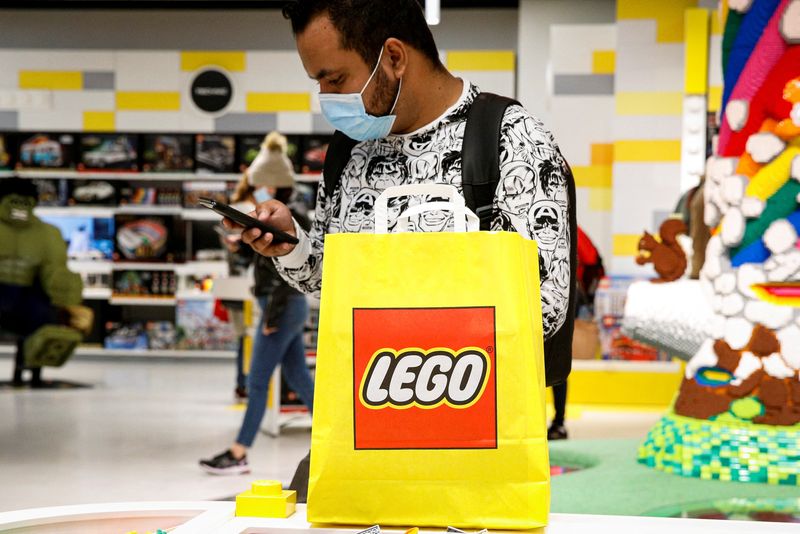