NEW YORK – Donald Trump on Monday appealed a judge’s ruling that he answer questions under oath in a civil probe by New York’s attorney general into the former U.S. president’s business practices.

The appeal, which was expected, will delay Attorney General Letitia James from obtaining testimony from Trump and his two oldest children, Donald Trump Jr and Ivanka Trump, possibly for months.

Justice Arthur Engoron of a state court in Manhattan had on Feb. 17 said James had a “clear right” to question the Trumps in her probe into the Trump Organization, after her office had found “copious evidence of possible financial fraud.”

The Trumps have said testifying violated their constitutional rights because their words could be used in a related criminal probe led by Manhattan District Attorney Alvin Bragg, and which James joined last May.

Donald Trump, a Republican, has also accused James of selectively prosecuting him because he is a political enemy. James and Bragg are Democrats.

Monday’s appeal asks a state appeals court to consider both of these issues, and whether the Trumps’ grand jury protections would be “easily avoided, indeed, eviscerated” by James’ probe.

In response, James’ office repeated its statement from last Friday on the Trumps’ planned appeal.

“While they have the right to seek a delay, they cannot deter us from following the facts and the law wherever they may lead,” it said. “No one is above the law.”


Engoron’s ruling had required the Trumps to testify within three weeks.

Trump at the time issued a statement decrying it as “a continuation of the greatest Witch Hunt in history–and remember, I can’t get a fair hearing in New York because of the hatred of me by judges and the judiciary. Its not possible!”

None of the Trumps has been accused of criminal wrongdoing.

The appeals court typically takes several months to issue decisions but can expedite cases where, as here, both sides consider it urgent. 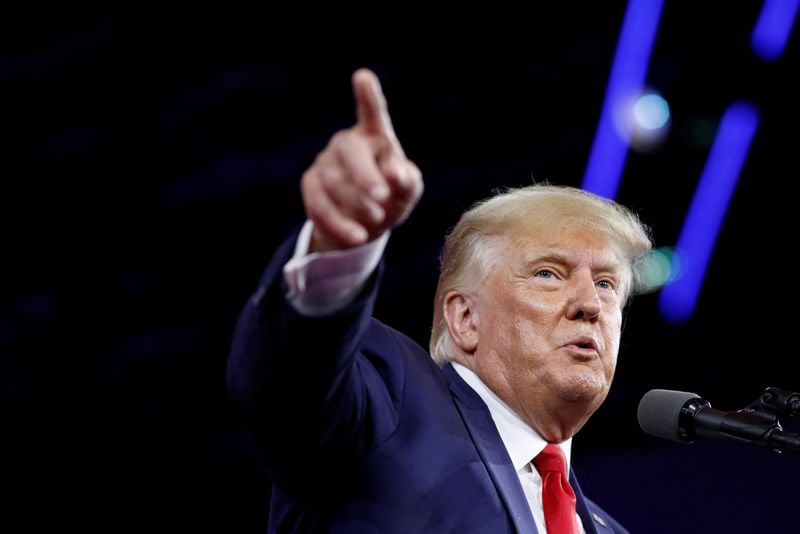