UNITED NATIONS – The 193-member United Nations General Assembly began meeting on the crisis in Ukraine on Monday ahead of a vote this week to isolate Russia by deploring its “aggression against Ukraine” and demanding Russian troops stop fighting and withdraw.

The General Assembly will vote this week on a draft resolution similar to a text vetoed by Russia in the 15-member Security Council on Friday. No country has a veto in the General Assembly and Western diplomats expect the resolution, which needs two-thirds support, to be adopted.

While General Assembly resolutions are non-binding, they carry political weight. The United States and allies see action at the United Nations as a chance to show that Russia is isolated because of its invasion of neighboring Ukraine.

The draft resolution already has at least 80 co-sponsors, diplomats said on Monday. More than 100 countries are due to speak before the General Assembly votes.

French U.N. Ambassador Nicolas de Riviere said: “No one can avert their gaze, abstention is not an option.”

Ceasefire talks between Russian and Ukrainian officials failed to make a breakthrough on Monday.

U.N. Secretary-General Antonio Guterres said he hoped the talks would “produce not only an immediate halt to the fighting, but also a path towards a diplomatic solution.”

He described Russian President Vladimir Putin’s decision on Sunday to put Russia’s nuclear deterrent on high alert as a “chilling development,” telling the General Assembly that nuclear conflict is “inconceivable.”

“If he wants to kill himself he doesn’t have to use a nuclear arsenal, he has to do what the guy in Berlin did in a bunker in 1945,” Kyslytsya told the General Assembly, referencing Adolf Hitler’s suicide.

Guterres also warned about the impact of the conflict on civilians and said it could become Europe’s worst humanitarian and refugee crisis in decades.

Russia’s U.N. Ambassador Vassily Nebenzia said Russia’s actions in Ukraine were being “distorted.” He told the General Assembly: “The Russian army does not pose a threat to the civilians of Ukraine, is not shelling civilian areas.”

Russia calls its actions in Ukraine a “special operation” that it says is not designed to occupy territory but to destroy its southern neighbor’s military capabilities and capture what it regards as dangerous nationalists.

U.N. aid chief Martin Griffiths briefed the U.N. Security Council later on Monday on the humanitarian situation in Ukraine. France has said it plans to put forward a draft council resolution on aid access and the protection of civilians.

“The scale of civilian casualties and damage to civilian infrastructure, even in these very early days, is alarming,” Griffiths told the council. “Civilian children, women and men have been injured and killed.”

U.N. refugee chief Filippo Grandi said the U.N. agency is planning for up to 4 million refugees in the coming days and weeks. 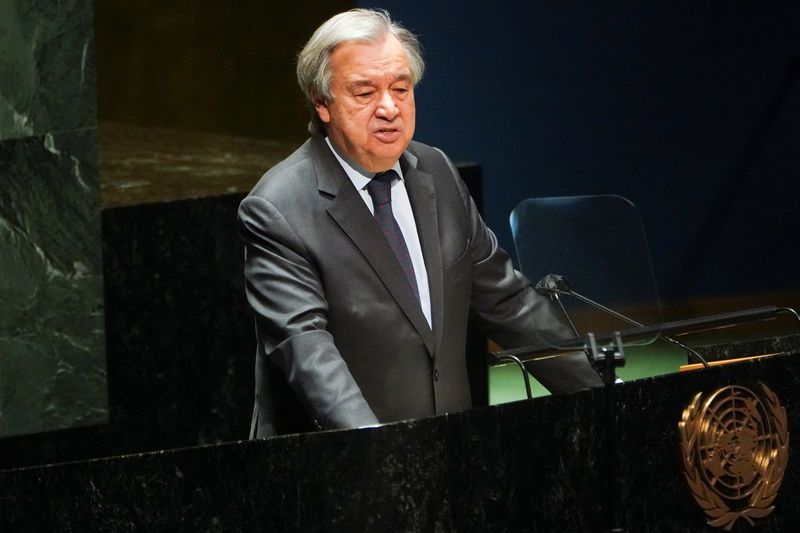 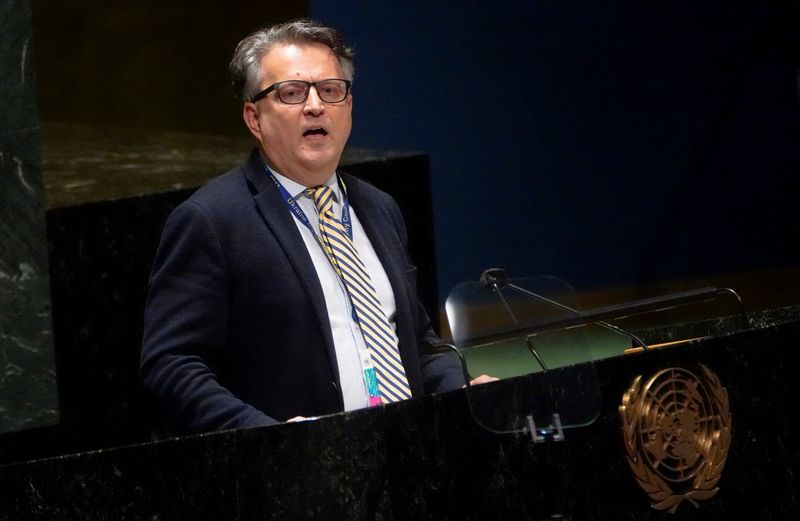 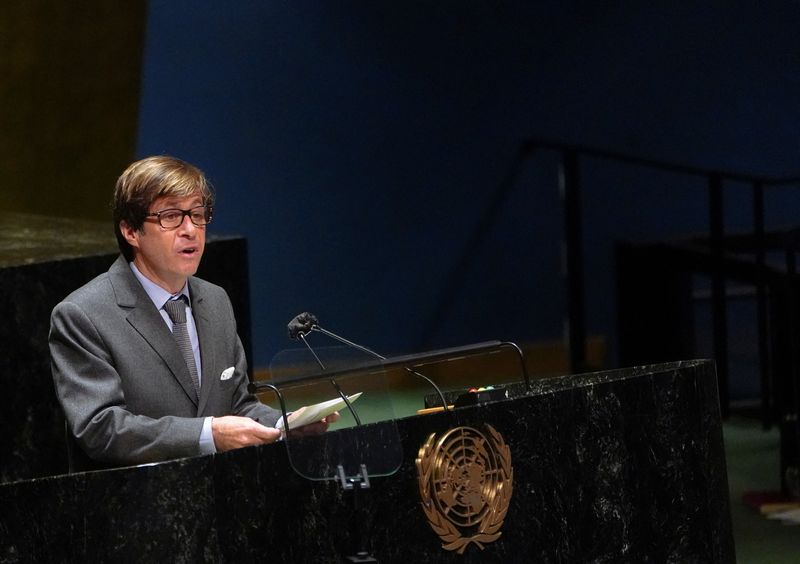 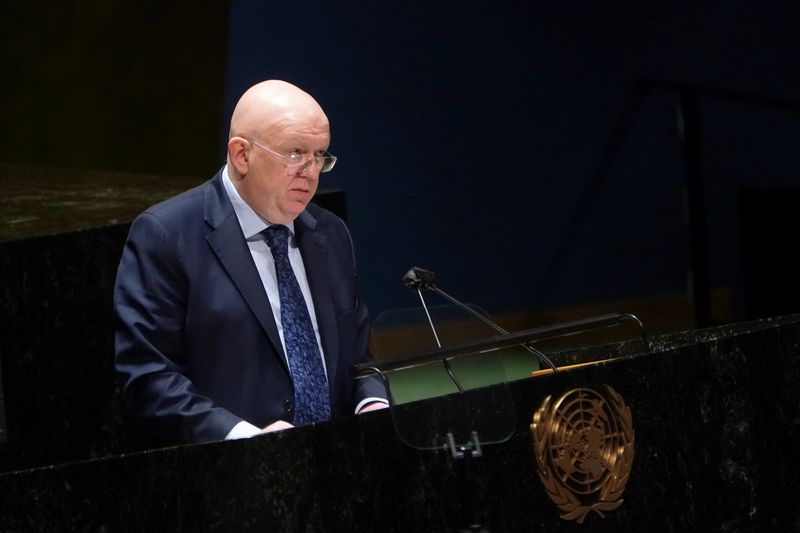 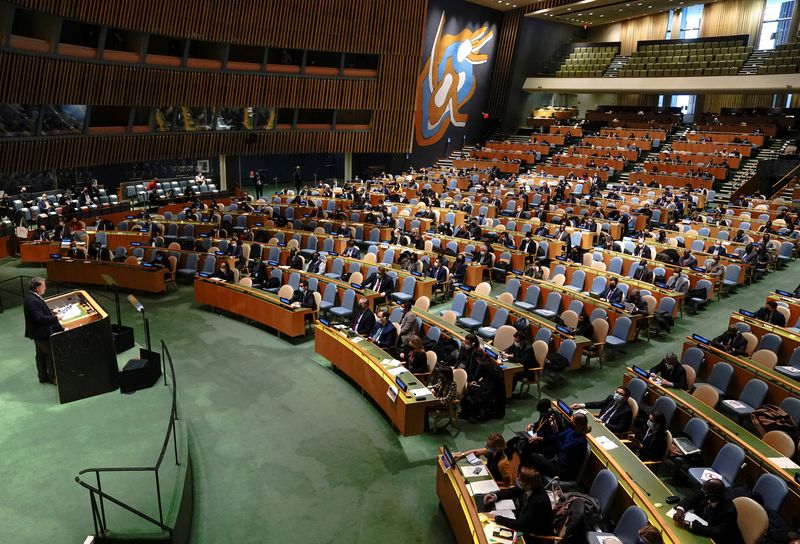 Dollar slips, while yuan slumps on COVID unrest in China

Dollar slips, while yuan slumps on COVID unrest in China