WASHINGTON -The Federal Aviation Administration (FAA) said on Monday it is expanding the use of independent safety expert groups to review new designs and technologies in certifying commercial aircraft.

The FAA said it is expanding use of Technical Advisory Boards (TAB) to help ensure it has a “consistent and thorough approach for all aircraft certification projects.”

The FAA convened a TAB soon after the second Boeing 737 MAX crash in March 2019 to assist in its review of the grounded airplane.

Boeing Co said on Monday it will continue to work transparently through the FAA’s “detailed and rigorous processes … We will continue to engage with the FAA to ensure we meet their expectations and all applicable requirements.”

The FAA plans to establish the boards earlier in the certification process and use them on aircraft that are largely like current models and typically referred to as derivative aircraft.

The FAA has a board in place for the certification review of the Boeing 777X.

The boards review numerous issues including identifying new technologies or designs “that could be catastrophic if they failed,” the FAA said, and to determine “whether similar systems have caused problems on other aircraft” and to ensure the proper FAA offices were involved in the certification process.

Boeing continues to face scrutiny from the FAA following two fatal 737 MAX crashes in the space of five months in 2018-2019 that killed 346 people.

The FAA is currently scrutinizing a number of issues involving Boeing airplanes. The agency said earlier this month it will retain authority to issue airworthiness certificates for Boeing 787s until it is confident “Boeing’s quality control and manufacturing processes consistently produce” planes that meet FAA “design standards.” 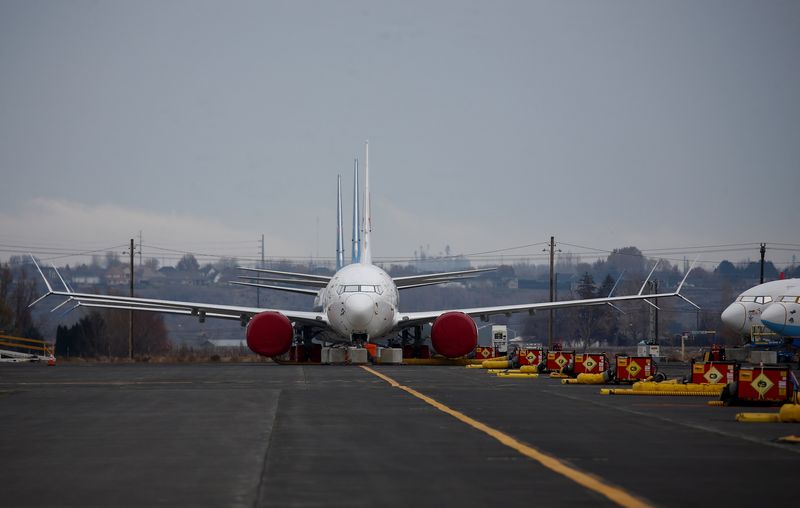