WASHINGTON -The United States shuttered its embassy in Minsk and allowed non-emergency employees and family members to leave its embassy in Moscow on Monday as Russia pushed on with its invasion of Ukraine for a fifth day.

“We took these steps due to security and safety issues stemming from the unprovoked and unjustified attack by Russian military forces in Ukraine,” Secretary of State Antony Blinken said.

A photo posted on Twitter by U.S ambassador to Belarus Julie Fisher on Monday showed mission staff lowering the American flag. All American staff have left Belarus, Fisher wrote in a tweet.

U.S. citizens in Belarus should also depart immediately, the State Department said in a separate travel advisory. Belarus is a strong Russian ally and has been a launch pad for the invading Russian troops.

The United States had already relocated its Ukraine embassy operations from the capital Kyiv to the western city of Lviv two weeks ago as Russian forces amassed at Ukraine’s borders.

The latest evacuations come after Russian President Vladimir Putin put Russia’s nuclear deterrent on high alert on Sunday in the face of a barrage of Western reprisals for his war on Ukraine, which said it had repelled Russian ground forces attacking its biggest cities.

In a press briefing on Monday, State Department spokesperson Ned Price said these were not retaliatory measures. “We deem these measures necessary because of the safety and security issues resulting from Russia’s unprovoked attack on Ukraine,” he said.

Russia, which calls its actions in Ukraine a “special operation,” on Monday barred airlines from 36 countries from using Russian airspace.

U.S. officials on Monday warned Belarus will also face consequences for its role in aiding Russia with the attack. The EU also warned it would impose new sanctions on Belarus this week. 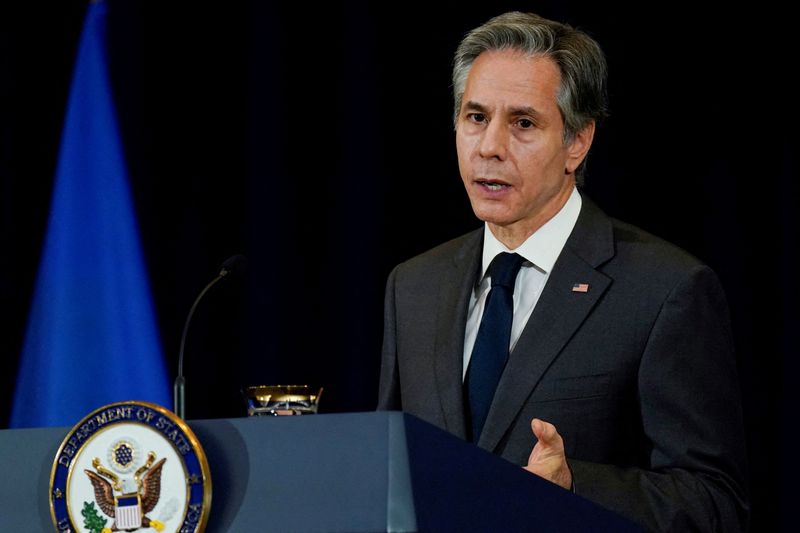