GENEVA – Ukraine and its allies on Monday called for a United Nations inquiry into possible war crimes committed by Russia during its military actions in Ukraine.

The United Nations Human Rights Council voted on Monday to accept Ukraine’s request to hold an urgent debate on Thursday on Russia’s invasion. A Ukrainian draft resolution will be considered at the urgent debate.

If adopted, a commission of three independent experts would investigate all alleged violations of international law in Crimea and the Donetsk and Luhansk regions since 2014 and in other areas of Ukraine since Russia’s invasion last week.

Sheba Crocker, U.S. ambassador to the U.N. in Geneva, said in a statement to Reuters that Monday’s vote to hold the debate showed Russia was totally isolated on the Council.

Russia’s ambassador Gennady Gatilov said it had launched “special operations to stop the tragedy” in Ukraine’s breakaway Donbass region, and that Russia’s forces were not firing on civilian targets in Ukraine.

Russian Foreign Minister Sergei Lavrov cancelled his planned visit to Geneva to address the forum on Tuesday, which Moscow’s mission said was “due to an unprecedented ban on his flight in the airspace of a number of EU countries that have imposed anti-Russian sanctions”, but gave no specifics.

“There are various discussions taking place here at the Human Rights Council on this investigative mechanism. There are other engagements that we are having, including with the ICC (International Criminal Court), to ensure there is accountability for those crimes that are being committed every hour, every day on the sovereign territory of Ukraine,” he told Reuters.

He said Russia was increasingly isolated economically, politically and diplomatically.

“We will continue to work with our international partners to make sure that again a very clear message is given to Russia that there is a major cost economically for Russian institutions, Russian banks, that this invasion is going to be costly to them.”

Canada’s Foreign Minister Melanie Joly told the U.N. rights forum: “Allow me to convey something directly to the representative from Russia: Human rights are universal and can’t be manipulated to justify wars and crimes.”

(This story corrects name of Canadian Foreign Minister to Joly, not Jolie, in final para) 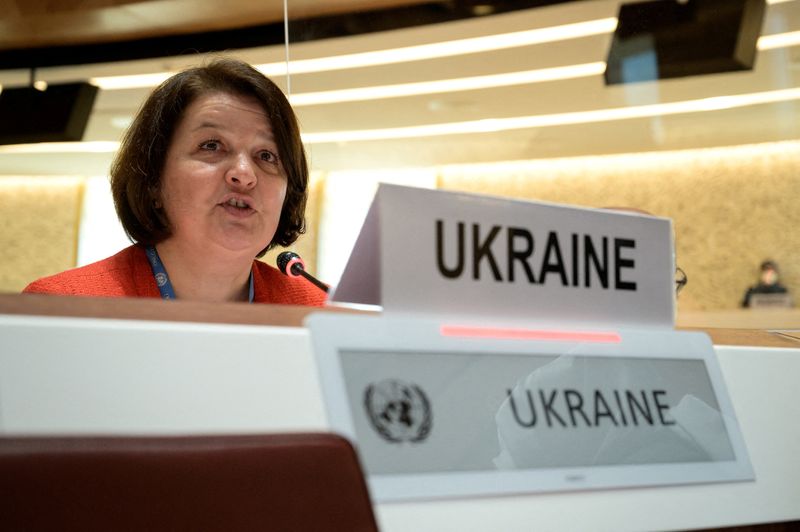 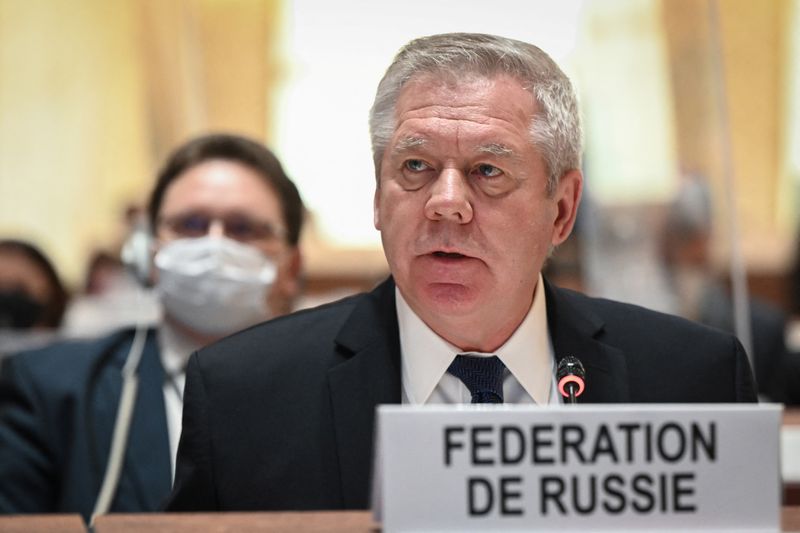 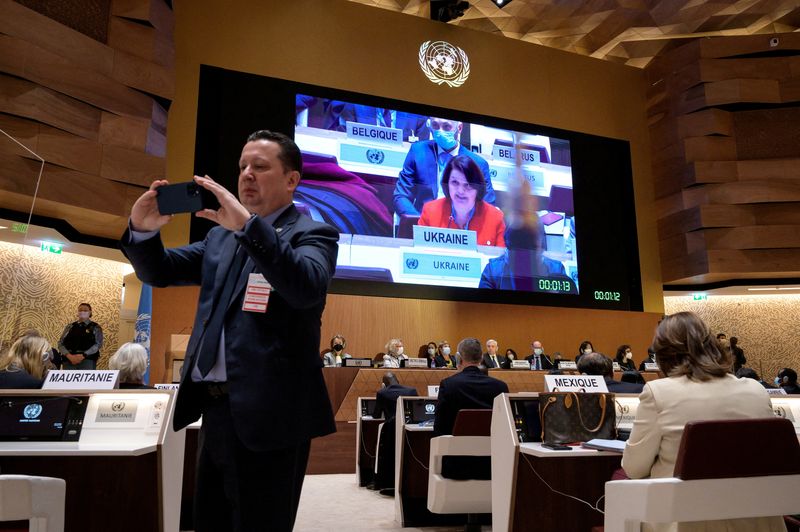