WASHINGTON -U.S. Transportation Secretary Pete Buttigieg will tell a U.S Senate committee on Wednesday that the Biden administration recognizes the role of states in deciding how to prioritize using federal highway funds.

Many Senate Republicans have criticized a December memo from the Federal Highway Administration that deemphasizes projects that increase highway capacity.

“Different states and communities have different needs when it comes to transportation assets that have to be reconfigured and modernized, expanded and added, or retired and replaced, as appropriate,” Buttigieg said in his written testimony, which was seen by Reuters. “I want to make clear that we recognize and value the role of the states in deciding how to prioritize the use of formula dollars, as laid out in the law.”

The $1 trillion infrastructure bill signed into law in November provides an additional $110 billion in funding over five years to repair roads and bridges and support transformational projects.

The December memo says the money in most cases “should be used to repair and maintain existing transportation infrastructure before making new investments in highway expansions for additional general purpose capacity.”

Buttigieg will tell the Senate Environment and Public Works (EPW) Committee that “maintaining and improving our existing infrastructure is critical to building a better, cleaner, more modern transportation system.”

Some climate activists want the Biden administration to slow or halt expansion of highways, arguing that more highways and capacity will boost vehicle use – and instead should do more to boost the use of buses, trains and other mass transit.

The infrastructure legislation, which was passed in Congress with bipartisan support, distributes 90% of federal-aid highway funding to states via a formula and largely retains the existing formula program structure, Senate Republicans said.

Senator Shelley Moore Capito, the top Republican on the Environment and Public Works panel, and Senate Republican Leader Mitch McConnell said in a Feb. 9 letter https://www.epw.senate.gov/public/_cache/files/8/c/8c3b1b65-550b-493b-b6cd-33b108e53eac/B44AC4860614C4E3FD4712AAB8652E9C.2022-02-07-general-iija-governors-letter.pdf that the December memo seeks to “implement a wish list of policies not reflected” in the infrastructure law, arguing that the U.S. Transportation Department cannot “dictate how states should use their federal formula funding.”

(Reporting by David ShepardsonEditing by Chris Reese and Paul Simao) 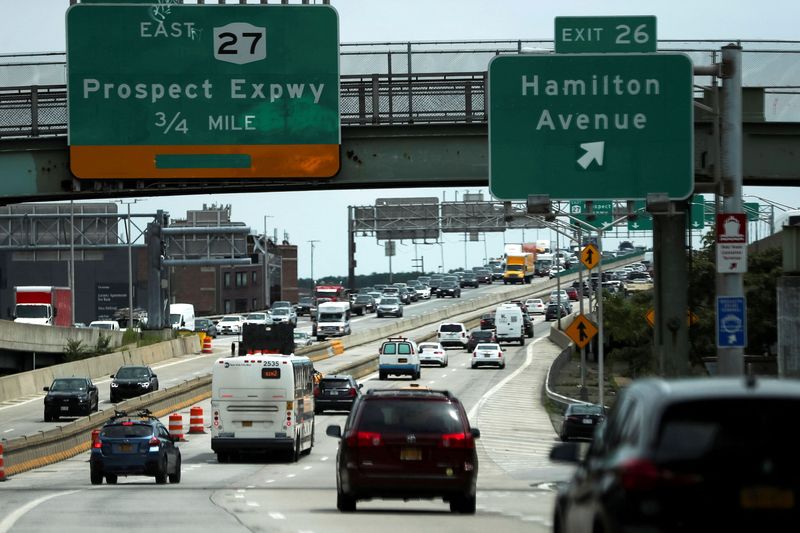