COPENHAGEN – Construction of the Danish part of Baltic Pipe, which will connect Poland to Norwegian gas fields, is resuming following a 33-month hiatus, Danish grid operator Energinet said on Tuesday.

The pipeline is designed to reduce Poland’s reliance on Russian gas but construction was halted in May 2019 due to environmental issues.

Energinet said it had now received a new environmental permit and it still expects the pipeline to be partially operational from Oct. 1 this year and running at full capacity of up to 10 billion cubic metres from Jan. 1, 2023. The suspension has already delayed the start date by three months.

Russia’s invasion of Ukraine has triggered worries that Russian gas supplies to Europe could be cut, highlighting the need for diversification of supplies.

Construction on two parts of the pipeline has been suspended since 2019 following the rescinding of an environmental permit by a Danish public appeals committee due to concerns over the pipeline’s impact on protected mice and bat species.

Russia’s Gazprom supplies half of Poland’s 20 billion cubic meters of gas consumption, but the long-term contract expires at the end of this year and Warsaw doesn’t plan to renew it.

Poland aims to replace these supplies with shipments via Baltic Pipe.

A natural gas pipeline linking Poland to a liquefied natural gas terminal in Lithuania, called GIPL, will open on May 1, Lithuania said on Monday, earlier than the scheduled mid-2022 start. 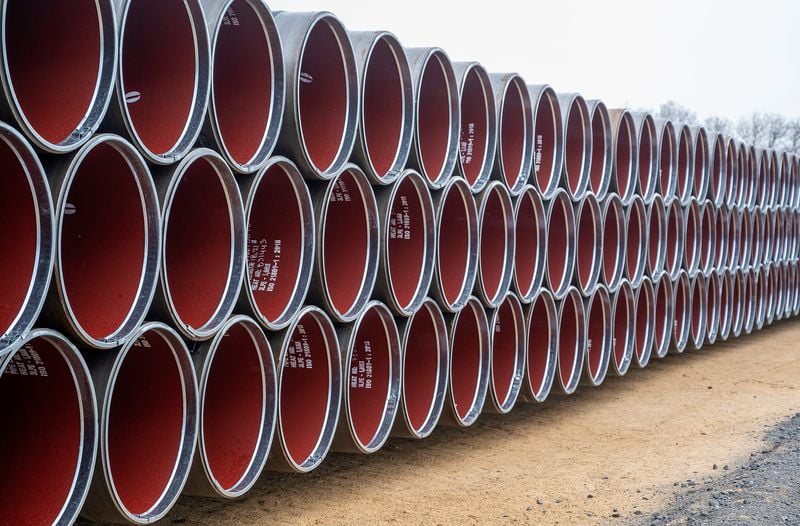