-Domino’s Pizza Inc said on Tuesday Chief Executive Officer Ritch Allison will retire at the end of April and be succeeded by operating head Russell Weiner, at a time the pizza chain is battling with supply chain disruptions.

Allison, 55, who has been with company for over a decade, took the top job in 2018 and has been focusing on speeding Domino’s delivery services that helped the pizza chain navigate through the difficulties caused by the COVID-19 pandemic.

However, more recently, the company has been facing rising inflation, labor shortages and higher commodity costs forcing the company to raise prices for its offerings.

Separately, the company on Tuesday reported weaker-than-expected fourth-quarter sales and profit as the world’s largest pizza chain took a hit from a shortage in delivery driving staff due to a surge in Omicron cases at the end of the quarter.

“We saw a significant shock from Omicron … (with) more impact in terms of reduced operating hours in our stores,” said Allison in an earnings call.

Shares of the company fell as much as 9% to $392.45, but reversed course to trade up nearly 3% as analysts said Weiner would make for a good replacement.

Weiner, 53, will take over as CEO effective May 1. He joined the company as chief marketing officer in 2008 and presently is the chief operating officer for Domino’s U.S. since July 2020.

“We see the appointment of Weiner as Domino’s next CEO to be viewed positively by investors, given… he has been a key part of Domino’s domestic turnaround and success over the past decade-plus,” RBC Capital Markets Analyst Christopher Carril said.

Domino’s also said Sandeep Reddy has been appointed as the next chief financial officer effective April 1. He had previously served as CFO of Six Flags and Guess Inc. 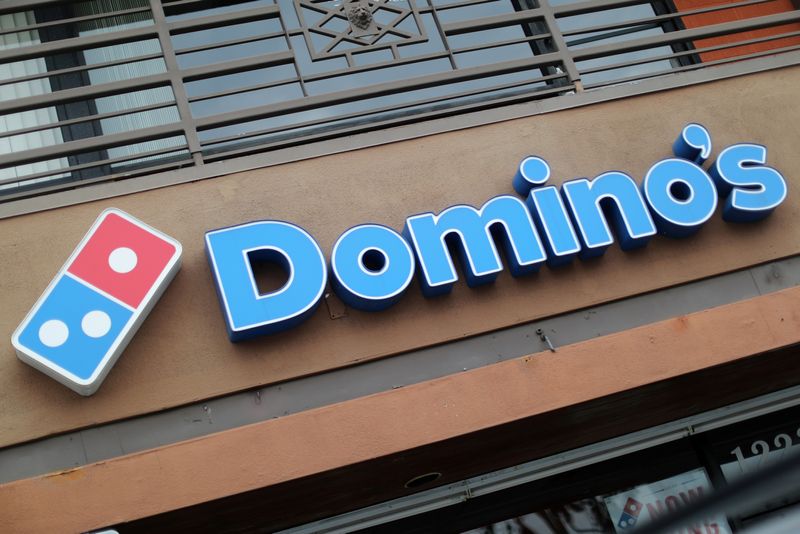