VIENNA -A draft resolution being prepared for Wednesday’s emergency meeting of the U.N. nuclear watchdog’s board condemns Russia’s invasion of Ukraine, a move that might anger Moscow while it works with the West to clinch a nuclear agreement on Iran.

Canada and Poland called the emergency meeting of the International Atomic Energy Agency’s 35-nation Board of Governors, the agency’s main decision-making body that convenes more than once a year, at Ukraine’s request.

Canada and Poland are leading the process of drafting the resolution text, which has yet to be formally submitted. While the current text already has the support of a majority of countries on the board, it could be watered down to gain more votes and further isolate Russia, diplomats involved said.

The board “condemns in the strongest terms the Russian Federation’s aggression against Ukraine”, the draft seen by Reuters said in unusually strong and broad language, beyond the strictly nuclear sphere of the IAEA.

That is likely to anger Russia, whose ambassador to the IAEA, Mikhail Ulyanov, recently quipped on Twitter https://twitter.com/Amb_Ulyanov/status/1497982270396932103: “It (the IAEA board) can’t discuss the situation in Ukraine. It will discuss, within its mandate, nuclear issues related to #Ukraine.”

A diplomat whose country is on the Board of Governors said that since Ukraine has four nuclear power stations and various waste sites including Chernobyl, which Russia has seized, the wider context of the invasion itself is relevant.

“The nuclear programme is happening in real life, in the context of a military invasion that puts nuclear facilities at risk,” the diplomat said.

The draft “expresses grave concern” at Russia’s actions, “significantly raising the risk of a nuclear accident or incident, which endangers the population of Ukraine, neighbouring states and the international community”.

It calls on Russia to cease its actions at Chernobyl and elsewhere “in order for the competent Ukrainian authorities to preserve or promptly regain full control over all nuclear facilities…and ensure their safe and secure operations, and in order for the Agency to fully resume its safeguards verification activities”.

Western powers and Russia have for almost a year worked closely to revive the 2015 Iran nuclear deal in talks in Vienna involving some diplomats from major powers, like Ulyanov, who also attend IAEA board meetings. But the war in Ukraine is creating a sense of urgency to conclude talks before tensions spill over cooperation becomes impossible.

A resolution at the IAEA board only needs a simple majority to pass, and with emotions running high many Western countries and their allies will back it. But there is a strong tradition of seeking consensus or at least large majorities, and that is likely to bring with it a softening of the text, diplomats say.

The discussion at the IAEA coincides with and to some extent mirrors a debate about Russia’s invasion of Ukraine at the 193-member United Nations General Assembly, which is set this week to vote to deplore Moscow’s “aggression against Ukraine” and demand that Russian troops stop fighting and withdraw.

Whether the text being discussed at the IAEA does enough damage to ties between Russia and the West to affect the other nuclear discussions in Vienna, over Iran, remains to be seen.

While the Iran talks involve a handful of major powers and Tehran, the IAEA board is a more varied group, and for some of those countries sending a signal over Ukraine is the priority.

“Not many (countries) are pleased with Russia at the moment, obviously,” one Western diplomat said. 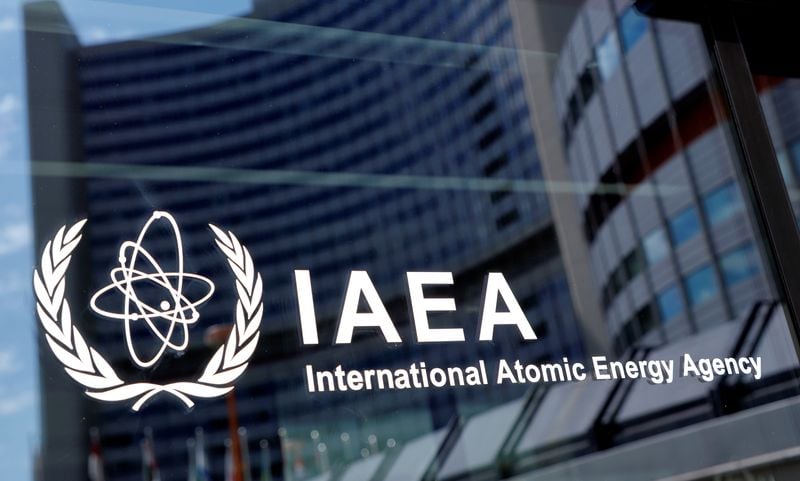