PARIS -French Finance Minister Bruno Le Maire declared an “all-out economic and financial war” against Russia to bring down the its economy as punishment for invading Ukraine, before rowing back on language he later said was inappropriate.

The United States and its allies have imposed sanctions on Russia’s central bank, oligarchs and officials, including President Vladimir Putin himself, and barred some Russian banks from the SWIFT international payments system.

“We’re waging an all-out economic and financial war on Russia,” Le Maire told France Info radio. “We will cause the collapse of the Russian economy.”

Le Maire later told French news agency AFP he had misspoken and that the term “war” was not compatible with France’s efforts to de-escalate tensions surrounding the Ukraine conflict.

“We are not in a battle against the Russian people,” the minister added.

In a matter of weeks, Russia has turned from a lucrative bet on surging oil prices to an uninvestable market with a central bank hamstrung by sanctions, major banks shut out of the international payments system and capital controls choking off money flows.

On Tuesday, Russia said it was placing temporary curbs on foreigners seeking to exit Russian assets, putting the brakes on an accelerating investor exodus driven by the sanctions.

Le Maire’s initial remarks drew an angry riposte from Russia’s former president and prime minister, Dmitry Medvedev, who is now the deputy Chair of the Security Council of the Russian Federation.

“Watch your tongue, gentlemen! And don’t forget that in human history, economic wars quite often turned into real ones,” Medvedev tweeted. 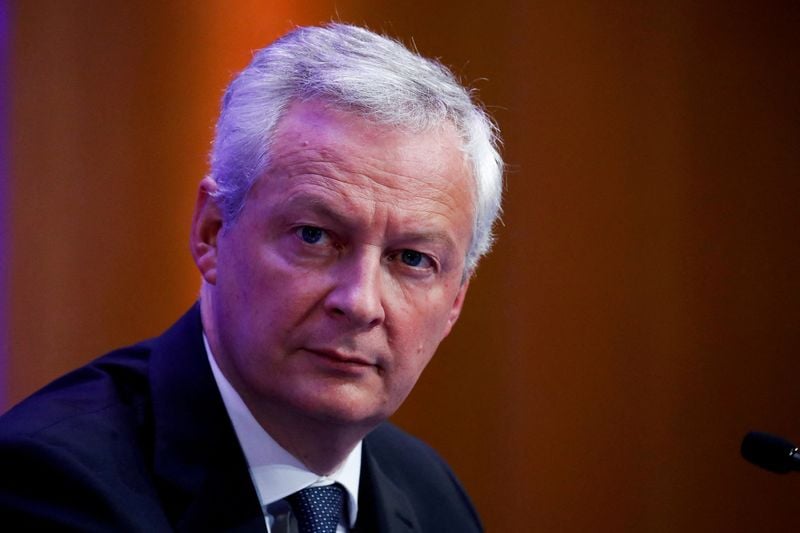