OAKLAND, Calif. -Alphabet Inc’s Google confirmed on Tuesday that it had removed Russian state-funded publishers such as RT from its news-related features, including the Google News search tool, following Russia’s invasion of Ukraine and various sanctions against Russia.

Kent Walker, Google’s president of global affairs, said earlier Tuesday in a blog post that “in this extraordinary crisis we are taking extraordinary measures to stop the spread of misinformation and disrupt disinformation campaigns online.”

Google already had restricted news companies funded by the Russian government from advertising tools and some features on YouTube.

RT Deputy Editor-in-Chief Anna Belkina said in a statement on Tuesday that technology companies that have cut her outlet’s distribution have not pointed to “a single grain of evidence that what RT has reported over these days, and continues to report, is not true.”

“This collective ‘establishment’ seems to be terrified of a mere presence of any outside voice for the fear of losing their historically captive audience, if that audience encounters a different perspective,” the statement said. 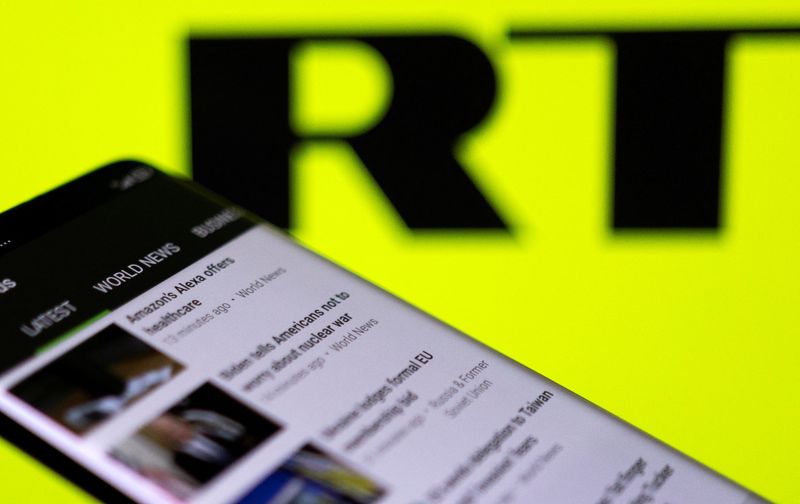