HONG KONG -Hong Kong residents braced for a city-wide lockdown, emptying supermarkets and pharmacies, even as leader Carrie Lam called for calm on Tuesday and appealed for the public not to worry over a compulsory mass COVID-19 testing plan.

The Chinese-ruled territory reported 32,597 new coronavirus infections on Tuesday and a record 117 deaths in the past 24 hours. It has seen daily infections surge over 30 times from just over 100 at the start of February.

The global financial hub has reported more than 230,000 coronavirus infections and more than 800 deaths since the pandemic began in 2020. Around 500 deaths have been in the past week, with the majority being unvaccinated residents.

Hong Kong continues to stick to a COVID policy of “dynamic zero”, the same as mainland China, which seeks to curb all outbreaks at any cost instead of trying to live with the virus.

The former British colony, which returned to Chinese rule nearly 25 years ago, has introduced its most draconian measures since the start of the pandemic in 2020.

Mass testing for the city’s 7.4 million residents is set to take place over nine days starting in the second half of March, the South China Morning Post reported, citing an unidentified source.

The news sparked concerns many people will be forced to isolate and families with members testing positive would be separated.

Officials are planning to test people three times over nine days, with the government still deliberating whether a lockdown would be on a district basis or citywide, the SCMP said.

Exemptions would be made for those who buy food, seek medical treatment or carry out urgent tasks. Hong Kong’s stock market would continue to operate, Sing Tao newspaper reported, citing unidentified sources.

“Our intention is always to keep markets fully functioning whatever the prevailing environment,” the stock exchange said in a statement.

Lam had previously said she was not considering a city-wide lockdown. She also said earlier this year she had no plans for compulsory mass testing.

On Tuesday, she appealed to the public “not to fall prey to rumours to avoid unnecessary fears being stirred”, saying the supply of food and goods was normal.

“There is no need for members of the public to worry, they should stay vigilant and pay attention to the information disseminated by the government so as to avoid being misled by rumours,” Lam said in a statement.

Despite her comments, dozens of people queued to enter pharmacies and banks across the city, while many scoured empty shelves in grocery stores to stock up on whatever essentials they could.

Streets and shopping malls in the heart of the densely populated city’s Central financial district were eerily quiet in what would typically be a busy lunchtime period.

Health experts from the University of Hong Kong said there were around 1.7 million people already infected as of Monday, with a peak of around 183,000 daily infections expected in the coming week. They said a plan for compulsory mass testing should take place in late April when case numbers were likely to be much lower.

Lam, who inspected a mainland Chinese built isolation centre on Monday, said the team had raced against the clock to “create a miracle” in the city’s construction industry.

The Tsing Yi facility, located in the northwest of the city, would provide around 3,900 rooms for infected people with mild or no symptoms and others who need to isolate, she said. 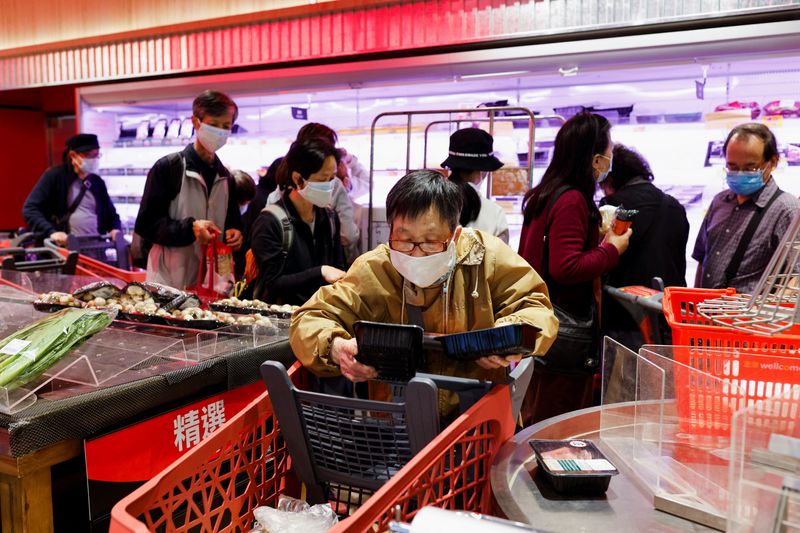 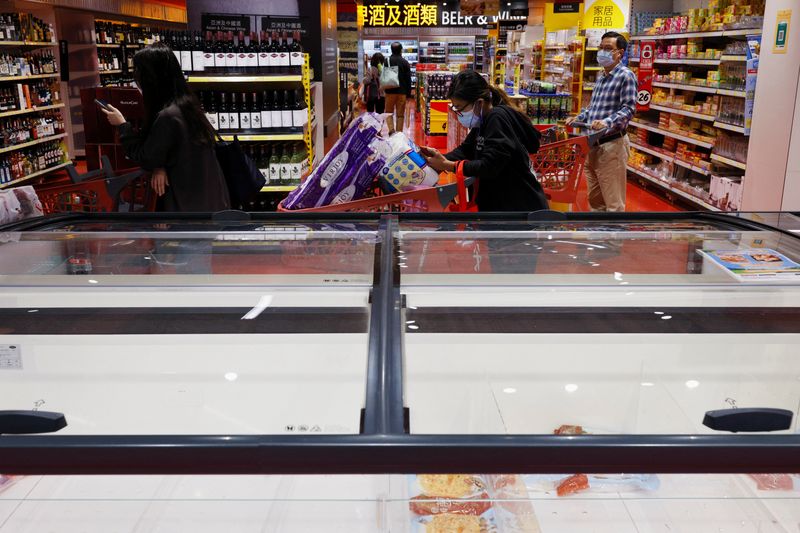 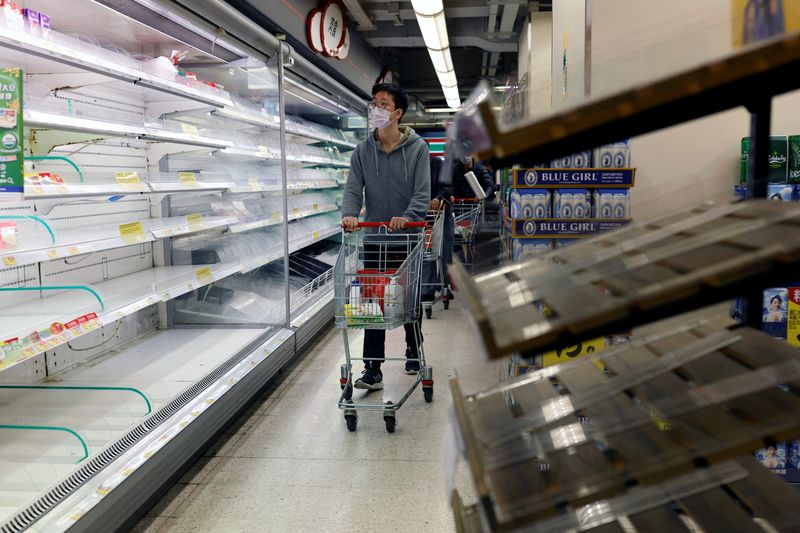 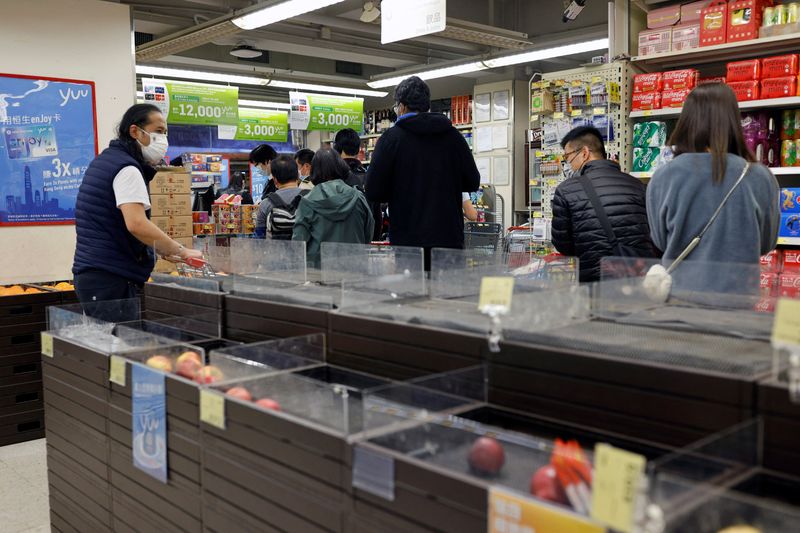 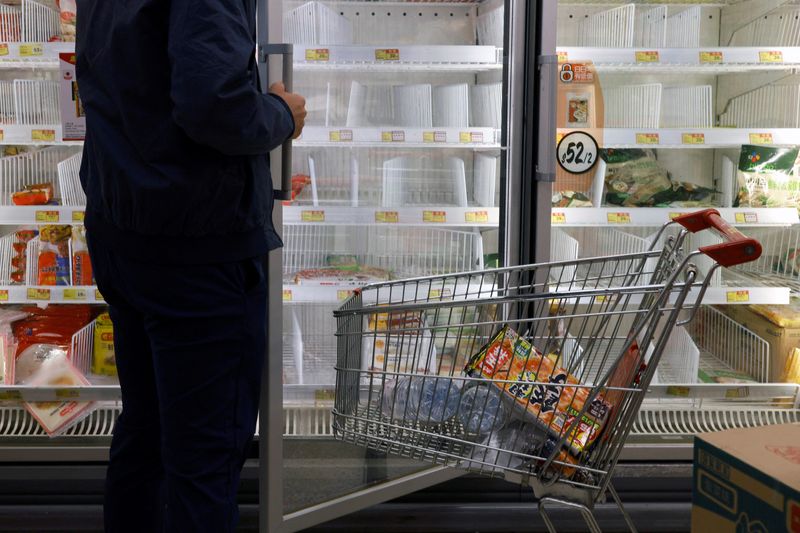