MOSCOW -Russia cracked down on social media companies on Tuesday, reinstating a slowdown of Twitter traffic on computers, as a foreign ministry official accused Meta, Google and other Western tech giants of inciting war.

On the sixth day of Russia’s invasion of Ukraine, a Russian armoured column bore down on the capital Kyiv and Russian forces fired rocket barrages into the centre of the second largest city Kharkiv, while at home Moscow stepped up efforts to control the narrative.

State communications regulator Roskomnadzor reimposed a slowdown on Twitter’s loading speeds on computers, a measure it had lifted in May, accusing the U.S. company of failing to take down what it said were fake posts about Russia’s “special operation” in Ukraine.

Russia has been impeding Twitter on mobile devices for almost a year, part of a wider campaign for internet control that critics say threatens individual and corporate freedom.

This occurred, Facebook’s owner Meta Platforms Inc said, after it refused a government request to stop independent fact-checking of several Russian state media outlets, many of which have faced restrictions in Ukraine and around the world as Western nations seek to stifle the Kremlin’s messaging.

Roskomnadzor said on Tuesday it had written to Meta demanding the immediate removal of restrictions on state-backed media outlets RT and Sputnik on Facebook and Instagram.

Anna Belkina, RT’s deputy editor-in-chief, said no evidence was being provided of inaccuracies in RT reporting. She said the Western establishment seemed terrified of alternative perspectives.

“What they fail to realise is that it is their own echo chamber that seeds the public mistrust that they have so long lamented. They will reap what they sow,” she said.

“Hostile propaganda activities are being carried out openly on their social platforms, Russian sources of information are being blocked, access to domestic media is being massively restricted,” Interfax news agency quoted him as saying.

Gavrilov said a system should be created to “hold foreign instigators of war against Russia accountable” to strengthen Russian security.

Google and Meta did not immediately respond to requests for comment.

The two companies are among a handful of foreign internet firms facing possible punitive measures in Russia after failing to open local offices and take other measures required by a communications law, after a deadline to do so expired on Monday.

Facebook and Twitter were slow to load for some users on Tuesday, and Facebook was unavailable on some devices, underlining an improvement in Moscow’s blocking capabilities since failed attempts to restrict access to messaging app Telegram in 2018.

The escalating pressure on foreign tech firms has increased expectations that companies may leave the Russian market – either through ejection by Moscow or voluntarily under pressure from Western governments.

Industry consultant John Strand said the time when global companies could focus on profit and remain passive to aggression and autocracy had long since passed. He said Russia views the likes of Facebook and Google as a threat to its control over communication.

“A war in Ukraine and social media are not the best cocktail nowadays,” Strand told Reuters by email. “Western companies must make a choice: do they want to do business in Russia under the existing and future conditions or will they stop operating there?”

(Reporting by Reuters in MoscowEditing by Mark Heinrich) 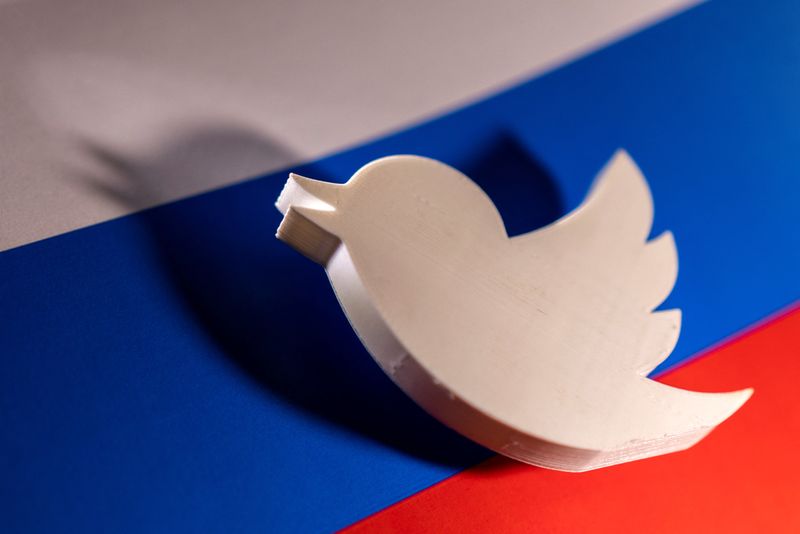