By Devik Jain and Noel Randewich

– Wall Street ended sharply lower on Tuesday, with financial stocks bearing much of the damage for a second straight day as the Russia-Ukraine crisis deepened and stirred anxiety among investors.

Wells Fargo tumbled 5.8% and the broader banks index declined 4.8% as U.S. 10-year Treasury yields slumped to five-week lows amid a flight to safe-haven debt. [US/]

Chevron Corp jumped 4% to close at its highest level ever after the company raised its share buyback program and forecast for operating cash-flow through 2026, and as oil prices surged. [O/R]

The energy index rose about 1%.

Russia warned Kyiv residents to flee their homes and rained rockets on the city of Kharkiv as Russian commanders intensified their bombardment of Ukrainian urban areas in a shift of tactics after their six-day assault stalled.

The conflict has drawn sharp reprisals from the West including the blocking of certain Russian lenders’ access to the SWIFT international payment system.

“Investors are swimming in a soup of fear, and they don’t know how to incorporate geopolitical news into their pricing,” said Mike Zigmont, head of research and trading at Harvest Volatility Management in New York. “We’re dealing with a pure emotional investor response.”

Trading was busy. Volume on U.S. exchanges was 14.9 billion shares, compared with a 12.3 billion average for the full session over the last 20 trading days.

On a positive note, data showed U.S. manufacturing activity picked up more than expected in February as COVID-19 infections subsided, while construction spending surged in January.

“Given the fact that the U.S. economy is accelerating, the uncertainty will be relatively short lived and it wouldn’t be a surprise if the market found its footing sometime over the next couple of weeks when clarity is restored,” said Jeff Schulze, investment strategist at ClearBridge Investments.

Declining issues outnumbered advancing ones on the NYSE by a 1.55-to-1 ratio; on Nasdaq, a 1.80-to-1 ratio favored decliners.

(Reporting by Devik Jain and Bansari Mayur Kamdar in Bengaluru, and by Noel Randewich in Oakland, Calif.; Editing by Saumyadeb Chakrabarty, Sriraj Kalluvila and Cynthia Osterman) 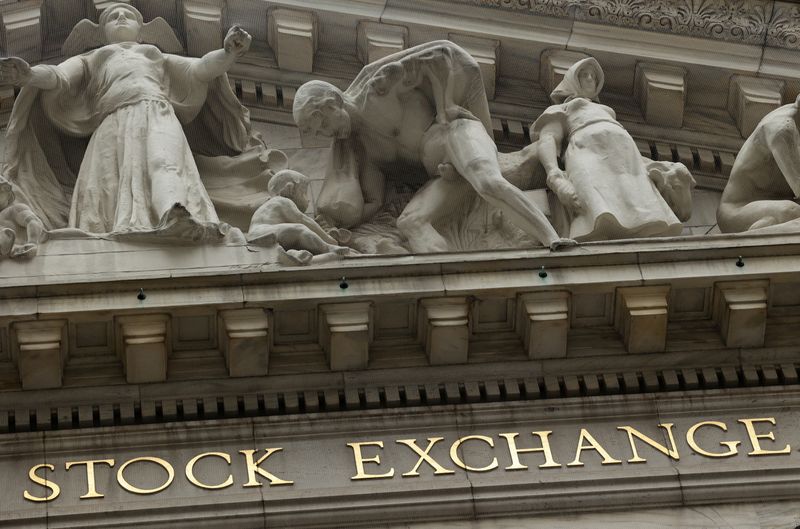