LONDON -Bank of England Deputy Governor Jon Cunliffe said the crisis triggered by Russia’s invasion of Ukraine would add to risks in financial markets which have already been made volatile by a shift to higher interest rates.

“The heightened perception of geopolitical risks, and the potential impacts on growth and inflation, can only increase risks around the adjustment away from riskier assets that is already underway,” Cunliffe said.

“And this comes during a period of relatively low market liquidity,” he said in a speech at Oxford Union debating society on Wednesday.

Cunliffe said the longer-term financial and economic impact of the invasion is unclear but the sanctions taken so far against Russia did not threaten the stability of the financial system even if they would severely damage the Russian economy.

The BoE has raised interest rates twice since December, the first hikes by a major central bank since the coronavirus pandemic. The U.S. Federal Reserve has signalled it will also raise borrowing costs this month.

The shift by central banks to tackle a jump in inflation, caused by economic reopening, has caused sharp falls in the value of riskier assets such as shares which have been aggravated by Russia’s attack on its neighbour.

Cunliffe said any sudden jump in bets on future interest rate moves could trigger “sharp moves out of risky assets,” while a drop in expectations about the economic outlook could amplify the shift.

“I am not saying that markets will be unable to manage the necessary adjustments. Nor that we will experience another ‘dash for cash’,” he said, referring to a panicked flight into safe assets by investors at the start of the pandemic.

“But all of this, in my view, underlines my first lesson: that securing financial stability means ensuring the financial system has the resilience to withstand severe and unanticipated shocks, however generated.”

In a question-and-answer session after the speech, Cunliffe said inflation at 5.5% – its highest in 30 years – made it difficult for people in Britain but they should not worry about a return to a 1970s kind of price-wage spiral.

“The Bank of England will do whatever is necessary to keep inflation under control,” he said.

Tenreyro said it was too soon to know how the trade-off for policymakers would play out. 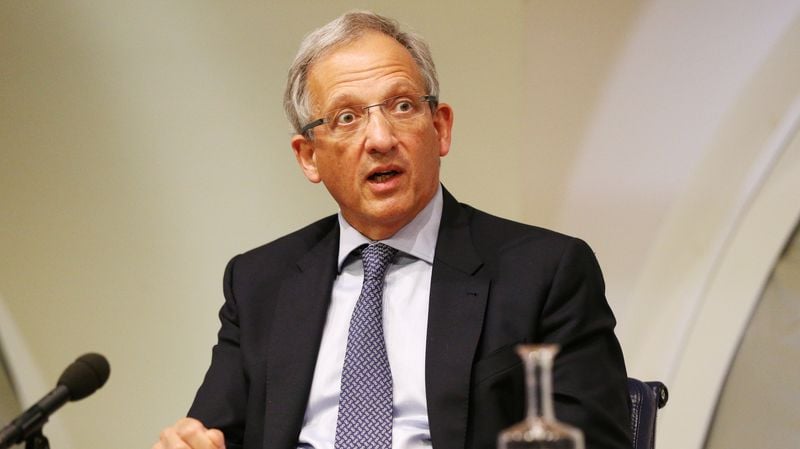