In an interview with CNN, Dias said Brazil needs to have bigger fertilizer production for a “national security matter.”

The minister said the government expects to have the plan, which was under review by the Economy and Agriculture ministries, ready by March 17. It aims to minimize bottlenecks in terms of legislation, taxes and especially environmental issues, for the national development of the sector, she said.

Dias indicated that the plan will be important to speed up approval of environmental licenses, because in some cases “it takes five to ten years, and investors end up giving up exploring this potential.”

Last month, head of grains-growing and trading firm Amaggi, Blairo Maggi, said the group is in talks with Canadian investor Stan Bharti to help develop the largest potash mine in Latin America, in a push to wean Brazilian farmers off costly fertilizer imports.

Brazil has fertilizer stocks that should last until October, when the harvest of the country’s biggest grain crop intensifies, Dias said.

The country imports about 85% of its fertilizer consumption, including potash, which faces a bigger bottleneck due to the conflict in Ukraine and Western sanctions on Belarus, an important producer. In the case of potash, the country’s foreign purchases account for 96% of consumption. 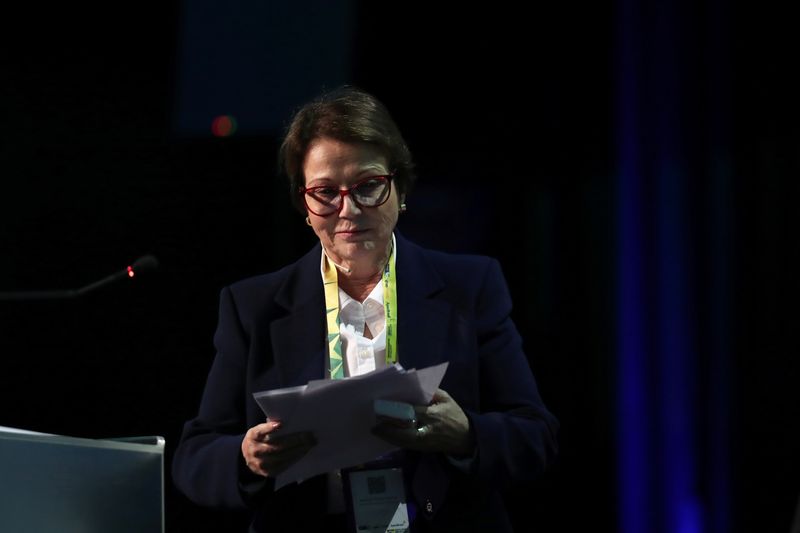