MEMPHIS, Tennessee — U.S. Customs and Border Protection Officers (CBPOs) in Memphis have seized over 635 lbs of Dimethyltryptamine (DMT) since the beginning of this fiscal year, which began October 2021. Memphis is on track to seize more than last fiscal year’s 865 lbs. 1,158 lbs were seized in fiscal Year 2020. The top two shipping countries are Mexico and Brazil.

Recreational DMT is used as a psychedelic drug similar to LSD or Psilocybin mushrooms, though it has a more rapid onset and a much shorter duration. It is nicknamed “the businessman’s trip” due to it’s economical, brief duration. DMT can be inhaled, smoked, injected or ingested. It can also come in a sticky liquid form. When inhaled, smoked or injected, the effects are short: about five to twenty minutes, when orally ingested, effects last three to five hours.

DMT is found in bark, pods, roots and beans of multiple species of plants worldwide. Mimosa tenuiflora, known as Tepezcohuite is one of the most common. It is grown as far north as southern Mexico (Oaxaca and Chiapas), as well as El Salvador, Honduras, Panama, Colombia and Venezuela. DMT content in the plant varies by season, higher content in the cool dry season December/January and then lower in the humid wet season May/June.

DMT has some legal, commercialized medical uses and has been prepared by various cultures for ritual/religious purposes for hundreds of years. However, the internet and popular culture have made DMT more popular and accessible. Whereas DMT was previously known to only certain societies in ritual shamanic practices it can now be found all over the internet in articles, blogs, message boards and even a Netflix documentary. Extraction methods can easily be found online.

“Express consignment allows the delivery of DMT containing bark to the front door of virtually anyone in the U.S. Couple that with some online extraction instructions, the recommendation of a popular podcaster, and you’ve got the ingredients for possible chemically-induced schizophrenia,” said Michael Neipert, Memphis Area Port Director. “My officers enforce U.S. drug, environmental, and trade laws, and no matter how safe some website tells you something is, if it is illegal, it is not coming in.” 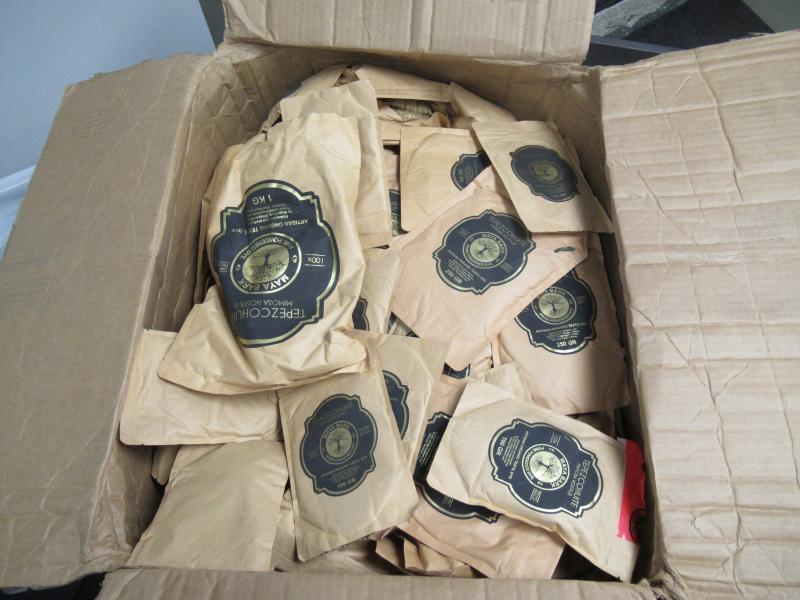