LONDON -British Airways owner IAG has experienced surface degradation on Airbus A350 jets but not to the same extent as Qatar Airways and it will not affect planned deliveries, its CEO said.

Qatar and Airbus have been at loggerheads for months, with both sides turning to the courts to settle a very public dispute after Qatar grounded 22 A350 jets over erosion to their painted surface and lightning protection.

Airbus says the issues are no reason to ground the planes.

IAG Chief Executive Luis Gallego told Reuters that operators were having some surface degradation issues but that Europe’s safety aviation regulator (EASA) had said they did not impact the airworthiness of IAG’s aircraft.

“We can see the problem in daily checks but mainly when you stop the aircraft for the first C-check,” he said in an interview, adding that “we have very young aircraft, so the level of defects that we see maybe is not comparable to others”.

A C-check is a lengthy inspection carried out after a certain amount of time or usage, generally around three years.

“We have informed in our case EASA, and EASA told us that the level of degradation that we are experiencing doesn’t impact the airworthiness of the aircraft,” he said, outlining for the first time the defects seen by the group.

“We have a young fleet of 350s and usually you can see the defect when you have the opportunity to stop the aircraft for a check,” he added.


EASA has said it has not identified any airworthiness problems with the A350 in general. Qatar Airways says it needs more analysis.

Gallego said that IAG was still accepting A350s and if the situation continues as it is, the company will continue to accept the aircraft.

His comments come as IAG also holds advanced talks with planemakers on a shake up of its medium-haul fleet that could see it opt for Boeing and Airbus jets.

IAG stunned the industry nearly three years ago when it unveiled a tentative order for 200 Boeing 737 MAX jets at a time when the model was grounded after two fatal crashes.

COVID-19 caused that deal to lapse and the airline group later started a formal contest between Boeing and Airbus.

“We are analysing what options we have for the narrowbody; the MAX is a very good aircraft and it’s an option that we are considering,” he said.

(Reporting by Kate HoltonEditing by Mark Potter and David Goodman) 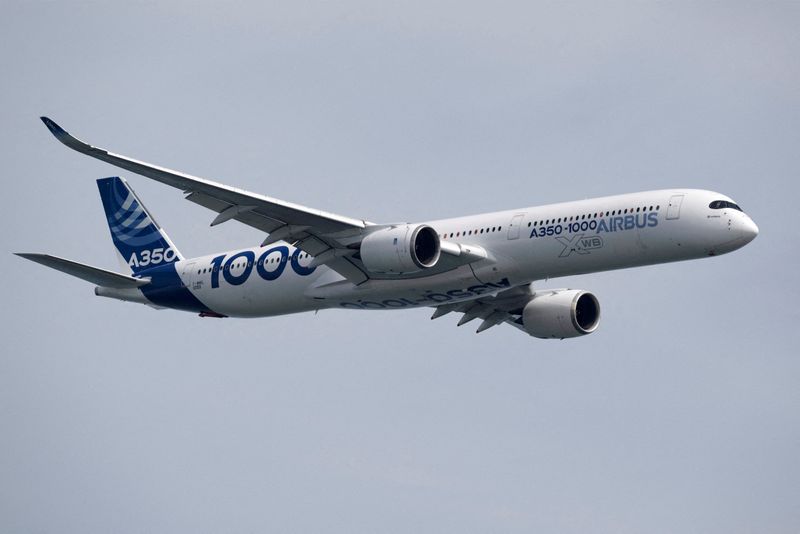