BEIRUT – Complying with a London court order requiring Lebanon’s Bank Audi and SGBL to pay a depositor $4 million of money stuck in the nation’s crisis-hit banking sector will result in other savers losing out, Bank Audi said on Wednesday.

The court ordered Bank Audi and its peer SGBL on Feb. 28 to make the payments, amounting to about $1.1 million and $2.9 million respectively, to claimant Vatche Manoukian by March 4.

In the absence of any capital control law in Lebanon, banks began imposing informal restrictions on withdrawals and transfers abroad as the country’s financial system collapsed in 2019 after years of unsustainable financial policies, corruption and waste.

These controls were never formalised with legislation and have been challenged in local and international courts, with mixed results

“The profusion of lawsuits filed by depositors against banks before Lebanese and foreign jurisdictions is a direct consequence of the mismanagement of the crisis since October 2019, and more specifically the failure to enact a most needed capital control law”, Bank Audi said.

Bank Audi said it intends to comply with the UK order but will consider its options on whether to appeal.

Deputy Prime Minister Saade Chami said he hoped a draft law that has been with parliament for some time would be approved soon.

“There is a renewed push to pass the capital law, even before the latest court ruling, because it is highly needed,” he told Reuters.

Bank Audi said the order means “wealthy depositors who happen to be resident in the United Kingdom being able to be paid 100% of their funds out of the pockets of the remaining depositors who do not have the right or ability to bring proceedings overseas”.

“This will significantly reduce the money available to the other depositors.”

A lawyer for Manoukian said the decision acknowledged his client’s “legal right to transfer his money out of Lebanon”.

“This is the first case relating to the Lebanese financial crisis to be successfully brought in the UK. This decision is likely to be of interest to other English and EU domiciled individuals with funds held in Lebanese banks,” the lawyer, Graham Shear, said.

A capital control law is a requirement for Lebanon to make progress in IMF talks towards an aid package.

(Reporting by Tom Perry and Timour Azhari;Editing by Bernadette Baum and Elaine Hardcastle) 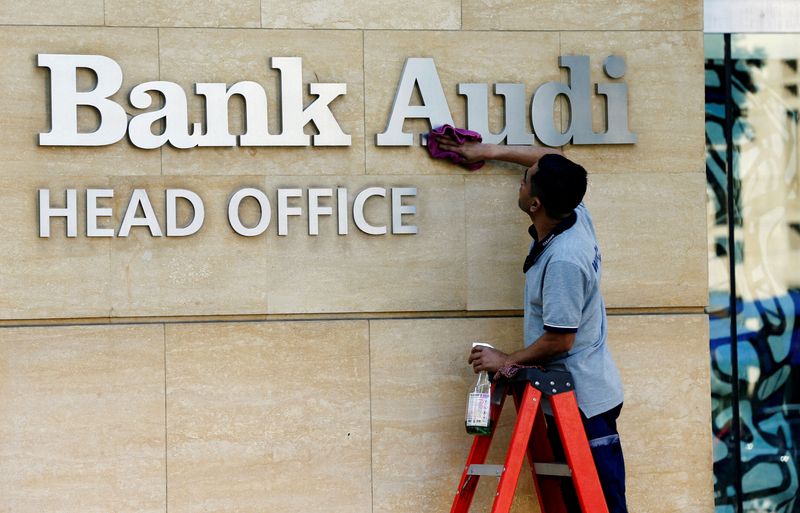