LIMA – A community in the Peruvian Andes has blocked a key transport road used by MMG’s Las Bambas copper mine, a source close to the Chinese company said on Wednesday, in what is at least the third blockade to affect the firm this year.

The community of Urinsaya, in the province of Espinar, some 250 km (155 miles) from Las Bambas, blocked the road on Tuesday, the source said on condition of anonymity.

Reuters was unable to reach a representative in Urinsaya, although Flavio Huanque, the leader of another nearby community in Espinar, confirmed the blockade and said Urinsaya was seeking financial contributions from Las Bambas.

Las Bambas produces 2% of the world’s copper and is key to Peru’s economy, itself the world’s No. 2 producer of the red metal.

But the dirt road used by Las Bambas is notoriously contentious. It traverses dozens of impoverished Andean communities that have blockaded it to protest what they see as the mine’s failure to improve their lives and the polluting of their crops by its trucks.

Since Las Bambas opened in 2016, communities have blocked the route on and off for more than 430 days. Reuters reported earlier this year that conflicts affecting Las Bambas were extending further and further away https://www.reuters.com/business/energy/chinas-mmg-faces-peru-whack-a-mole-mining-protests-splinter-2022-02-16 from the mine, as more communities demand that benefits from mining activities trickle down. Urinsaya is about a four-hour drive from Las Bambas.

Earlier this year, the government and Las Bambas reached a deal with the community of Ccapacmarca to lift a blockade https://www.reuters.com/world/americas/peru-community-restart-blockade-las-bambas-mine-road-neighbors-pause-protest-2022-02-13 that caused the miner to slow down https://www.reuters.com/business/energy/exclusive-mining-activity-perus-las-bambas-tumbles-amid-blockade-data-source-2022-02-07 operations. Late last year, another blockade triggered a full shutdown at the mine that lasted for more than a week.

The recurrent blockades have also weighed on the shares of Chinese-owned MMG and affected its copper output. 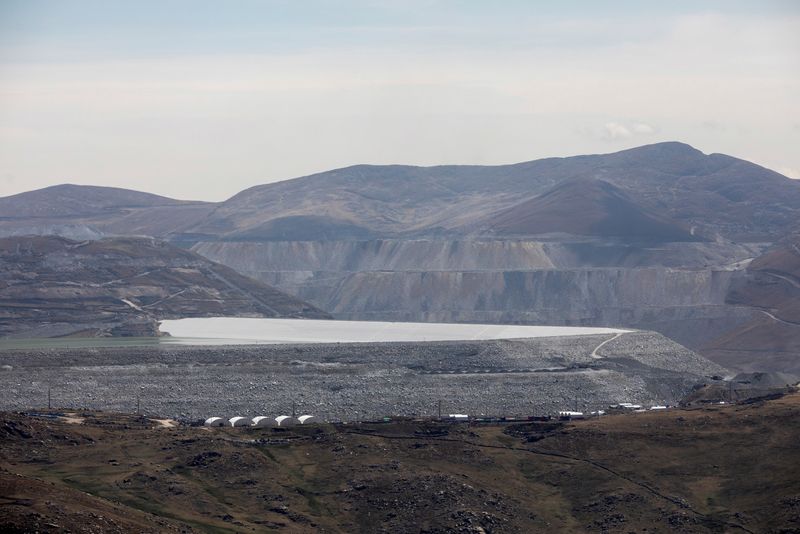