-Russian aviation veered towards isolation on Wednesday as Boeing and Airbus halted the supply of components and analysts predicted carriers may strip parked planes for parts or be tempted to explore alternative sources to continue flying.

Flagship Aeroflot and other carriers faced the Western crackdown as the effects of sanctions over Russia’s invasion of Ukraine ripple across the global aviation sector.

The United States said late on Tuesday that it would follow the European Union and Canada in banning Russian flights in a move that is likely to trigger Russian retaliation.

Boeing said it had “suspended major operations” in Russia, where it also has research and engineering centres.

Airbus said it is halting supply of parts and services to Russian airlines but is also analysing whether its Moscow engineering centre could continue providing services to local customers. It did not say what kind of work this might involve.

The bans come just as major powers discuss reviving a deal that lifted similar sanctions against Iran, until Washington withdrew in 2018.

Sanctions against Russia, which calls its actions in Ukraine a “special operation”, will have greater consequences than those on Iran or North Korea, given the size of its market.

“With Western lessors also looking to repossess jets that are operated by Russian carriers, the Russian aviation sector is now on a footing that is similar to North Korea and Iran – and similar to where it was under Soviet rule,” wrote Vertical Research Partners analyst Rob Stallard.

Russia accounted for 6% of airline capacity in 2021, according to consultants IBA.

Its airlines have a total of 332 Boeing and 304 Airbus jets, or about two thirds of Russia’s fleet, Cirium Fleets data shows.

How quickly those are starved of parts will depend on how many critical items airlines hold.

Jetliners are subject to constant oversight ranging from daily checks to heavy maintenance every six years.

While routine problems might not require immediate repairs provided the issue is addressed in a certain number of days, some parts remain essential for a plane to depart.

Planes owned by Russian airlines can be flown domestically while they have sufficient parts in stock, but carriers may have trouble getting jets serviced in the shrinking areas of the world still accepting Russian planes, maintenance experts said.

Even where parts can be found outside the country, airlines face potential payment difficulties after some Russian banks were barred from the SWIFT international payments system.

Unlike Iran’s decaying jetliners inherited from decades of U.S. sanctions, Russia has an advanced fleet.

“It will have to create a full-fledged maintenance system for some types of aircraft. But before that… it will need to cannibalise some aircraft for use as spare parts,” said Oleg Panteleev, head of Russian AviaPort analytical agency.

“Cannibalisation will be possible because the need for the planes will fall,” Panteleev said.

Many airlines re-use parts from their own planes, but there have been complaints in the past that struggling airlines elsewhere have taken parts off leased planes, which are off-limits.

Lessors have until March 28 to wind up contracts under EU sanctions, but industry executives have expressed concern over whether Russian airlines and courts would comply.

Some 515 planes in Russia are leased from foreign companies, according to Cirium. There is no suggestion so far that Russian airlines have removed parts from leased jets without approval.

Depending on the length of the crisis, some experts predict airlines may seek alternatives. Chinese parts are already used in some markets on older planes not serving the West, while Iran perfected a system of under-the-table supplies https://www.reuters.com/article/iran-sanctions-aviation-idINKCN0V90A1 over decades.

“Of course, it would be good for Russia to find suppliers and partners in third countries who would be ready to ensure stable shipments of all necessary components,” Panteleev said.

“But if these countries say they are afraid of sanctions, Russia would need to search for foreign specialists and create a maintenance system at Russian factories.”

However, using unofficial parts would put valuable jets in a grey zone and make them difficult to finance once the war ends. That is something industry experts say Russia’s international carriers, with a young average fleet, would battle to avoid.

Maintenance agreements are also at risk.

Aeroflot last year signed a long-term agreement with Hong Kong Aircraft Engineering Company (HAECO), which did not respond to a request for comment.

Russian difficulties in sourcing spare parts could affect international airlines that still fly to Russia and sometimes require replacement parts at the destination.

Russian airlines will also be barred from taking new Western jets. They have 62 planes on order with Airbus or Boeing. 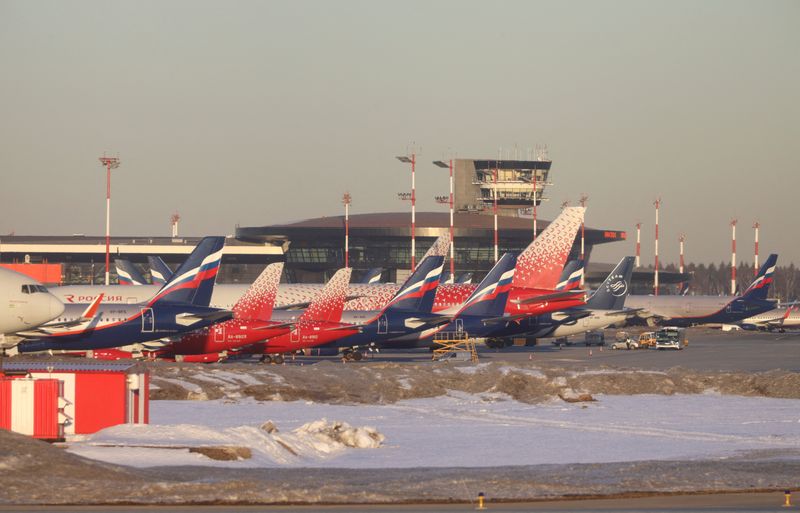 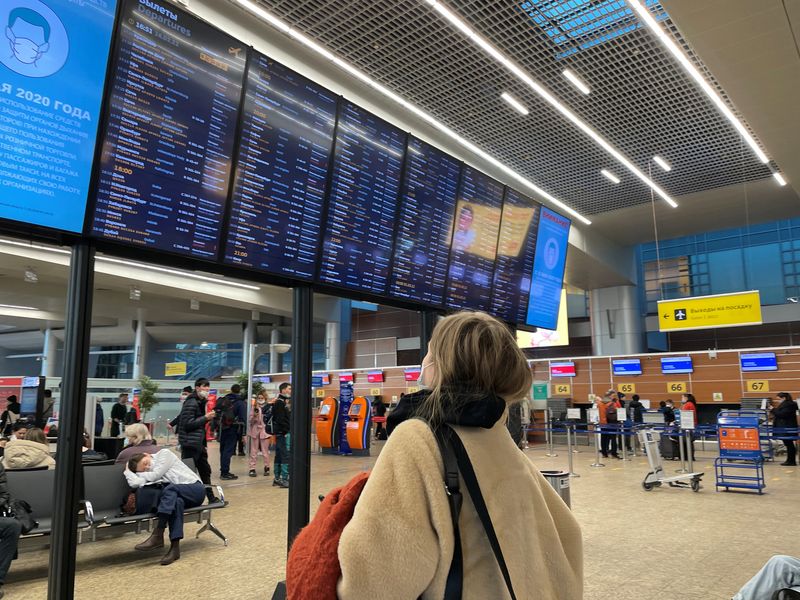 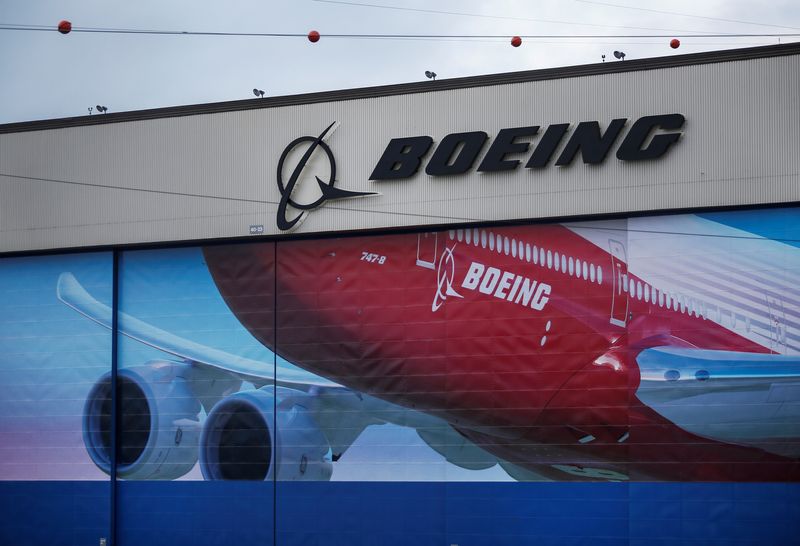