MOSCOW – The Russian banking system’s liquidity shortage widened to 6.9 trillion roubles ($68.25 billion) on Wednesday, the central bank said, up from 5.4 trillion roubles a day before as people rush to withdraw cash.

Moscow faces harsh economic sanctions from the United States, European Union and their allies after Russia invaded Ukraine, which have hit the rouble and spurred people to pull their money out of banks.

The central bank provided banks with $70 billion in rouble liquidity via two repo auctions on Tuesday and it plans to boost the financial system with another 6 trillion roubles via repo and deposit auctions on Thursday.

Russia calls its actions in Ukraine a “special operation” that it says is not designed to occupy territory but to destroy its neighbour’s military capabilities and capture what it regards as dangerous nationalists.

This week, Russia’s central bank has more than doubled its main lending rate to 20%, trying to support the rouble and attract some funds back to the banking deposits. 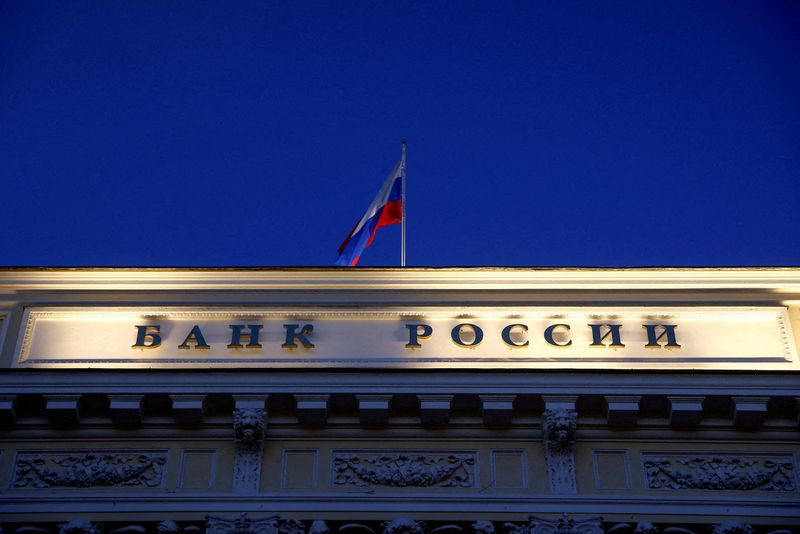