By Engen Tham and Julie Zhu

– Top Chinese banks are rushing to ensure they can maintain business ties with Russian clients without running afoul of a barrage of Western sanctions, people with knowledge of the matter told Reuters.

Western nations are tightening an economic noose around Russia following its invasion of Ukraine, shutting its banks from the SWIFT global financial network and pushing global firms to dump billions in investment.

While the Chinese banking regulator said this week the country would not join the West’s sanctions on Russia, some of its banks have stopped issuing dollar-denominated letters of credit for purchases of physical commodities, sources have said.

And now, executives at some leading Chinese banks are exploring alternative payment systems as well as the possibility of passing some of their business to small domestically focused peers to avoid getting caught in secondary sanctions, said two bankers with knowledge of the matter.

Secondary sanctions are restrictions that apply to entities that conduct U.S. dollar business with the underlying sanctioned entity. An entity seen to be violating such sanctions faces the risk of being cut off from sources of U.S. dollar liquidity.

“The sanctions don’t apply directly to us and we can loan to Russian entities – but is it wise? Do we approve that loan to that one entity? It’s not the best thing to do at the moment, is it?” said an executive at a Chinese-led development bank.

“The internal perception is that if the sanctions get worse regarding SWIFT, we can find ways around it,” said the executive, who did not want to be identified.

A potential “workaround” is for smaller local Chinese banks to work on transactions that larger peers with overseas business interest have to steer clear of, said a banker at one of the top four state-owned Chinese lender, who also declined to be named.

The executive said his bank had stopped issuing dollar-denominated credit letters for purchases of Russian commodities, but also that he had not seen any impact on yuan-denominated transactions between China and Russia yet.

Big Chinese banks that have business and branches overseas might become very cautious, as Washington and its allies can sanction operations in the Western markets in the event of violations, said Wang Yongli, a former board member of SWIFT.

“Smaller (Chinese) banks that don’t have much presence overseas might dare do so as you cannot come to China to sanction them,” Wang, who is also a former executive director of Bank of China, said on a call with investors on Wednesday.

All bank sources Reuters spoke to for this story declined to be named as they were not authorised to speak to the media.

The China Banking and Insurance Regulatory Commission did not respond to Reuters’ request for comment.

China is Russia’s biggest trade partner, buying a third of Russia’s crude oil exports in 2020 and supplying it with manufactured products from cell phones and computers to toys and clothing.

However, analysts say the exposure of China’s big four state-owned banks to Russia is limited.

Among them, Industrial and Commercial Bank of China Ltd is one of the biggest Chinese banks in Russia and the first to provide yuan clearing services there. But even its local business accounted for less than 1% of its total assets as of end-June 2021, according to its semi-annual report.

Amid the sanctions, some Russian firms are scrambling to open accounts with Chinese banks as they look to make greater use of the yuan for trade, sources say.

So far, China does not appear to be helping Russia evade Western financial sanctions on Moscow, but doing so would “do profound damage” to China’s reputation, a senior Biden Administration official said on Saturday.

Investment bank Natixis said Western economies were less likely to continue to “engage wholeheartedly” in China’s financial sector if Russia looks at it as a solution to its sanctions.

At others, where sanctions have a less direct impact, internal meetings are being held on the new risks and finding an alternative to SWIFT, though some bankers admit there is currently no feasible replacement.

While there was work in progress to develop an alternative messaging system to SWIFT, it was not yet fully operational, Natixis’ Alicia Garcia Herrero and Junyu Tan wrote in the report.

On the issue of whether Russia could effectively use China’s own Cross-Border Interbank Payment System to bypass sanctions, Natixis said the Chinese system was illiquid and the number of foreign institutions linked to it remained limited. 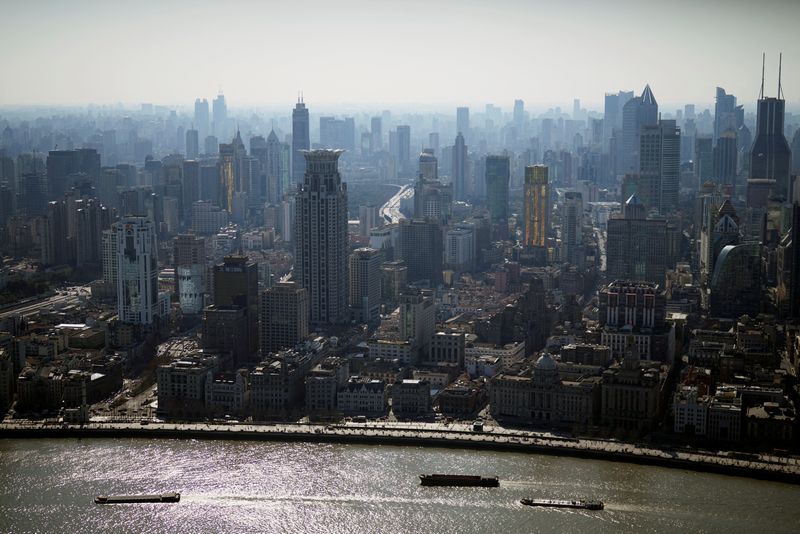