By Uditha Jayasinghe and Devjyot Ghoshal

AGBOPURA, Sri Lanka – W.M. Seneviratne sat watching a mechanised harvester slice through the jade green fields around him in eastern Sri Lanka’s Agbopura village one recent morning, aware that this year’s harvest would be only a fraction of what he was used to.

“I cannot recall any time in the past when we had to struggle so much to get a decent harvest,” said Seneviratne, a lean 65-year-old with a shock of silver hair, who has been farming since he was a child.

The dramatic fall in yields follows a decision last April by President Gotabaya Rajapaksa to ban all chemical fertilisers in Sri Lanka – a move that risks undermining support among rural voters who are key to his family’s grip on Sri Lankan politics.

Although the ban was rolled back after widespread protests, only a trickle of chemical fertilisers made it to farms, which will likely lead to an annual drop of at least 30% in paddy yields nationwide, according to agricultural experts.

The shortfall comes at a bad time for the island nation of 22 million people. Sri Lanka is in the throes of its worst economic crisis in a decade, foreign exchange reserves are at a record low and inflation is soaring, especially for food.

Fuel shortages have led to rolling power cuts across the country.

The impact of the poor paddy crop could push up the retail price of rice by around 30%, said Buddhi Marambe, an agriculture professor at the University of Peradeniya, who blamed the decision to ban chemical fertilisers.

“That’s where the problem is,” he told Reuters. “Yields will likely be lower next harvest season as well. So, costs will keep increasing even 4-5 months from now.”

And to help farmers, it has raised the minimum government purchase price and announced a 40 billion Sri Lankan Rupee ($200 million) compensation package.

Sri Lanka’s agriculture and finance ministries did not respond to questions from Reuters.

Agriculture Minister Mahindananda Aluthgamage told reporters on Tuesday that the harvest would be lower this year.

“We will start paying compensation to 1.1 million farmers from next week … none of the farmers will suffer financially,” he said. “We will never let that happen.”

In a campaign manifesto for the presidential election in 2019 titled “Vistas of Prosperity and Splendour”, which became a policy framework after a landslide victory, Rajapaksa proposed providing Sri Lankans with food without harmful chemicals.

He pushed the reform through in a single season rather than over several years, adding to confusion across Sri Lanka’s farms including around Agbopura, a quaint hamlet some 220 km northeast of the country’s main city of Colombo.


“Farmers around here really tried everything possible to grow their paddy. They applied coconut fertiliser, liquid fertiliser, compost… basically, anything they could get their hands on,” said Chanuka Leshaan Karunaratne, a major paddy trader in Agbopura.

Yields among the area’s 500 farmers appear to have dropped by half, Karunaratne said, sitting at his warehouse on the main road that runs through Agbopura.

Breaking News
Bitcoin slides below $20,000 to lowest level in 18 months

Indika Paranavithana, head of the local farmers’ association, estimated a similar fall in output and said many distressed households had used up their reserve stocks.

“This paddy reserve is their savings,” he said. “For the rest of the year, if someone gets sick or there is a funeral, they sell a sack of paddy to cover costs.”

On Monday, the government approved a minimum of 50,000 rupees per hectare as compensation, part of the 40 billion rupee package announced in January. That could make it harder to achieve its 8.8% budget deficit target for 2022, and further stoke inflation.

Some farmers say the amounts are not enough, and the government has become deeply unpopular, according to a new survey by Colombo think-tank Verité Research.

In its first “Mood of the Nation” poll, which surveyed over 1,000 Sri Lankans in January, Verité found that 10% approved the government’s work and more than 80% had lost confidence in the country’s economy.

Sri Lanka’s 1.5 million paddy farmers are a core vote base for the nationalist Rajapaksa family, who have supported them with fertiliser subsidies and higher crop prices.

The farm sector contributes 7% to the country’s GDP but employs about 27% of the workforce, mostly in rural areas.


Sri Lanka’s reserves fell to $2.36 billion in January, leaving the government short of dollars for chemical fertiliser imports for the cultivation season starting in April.

The military is getting involved. Thousands of troops have been tasked with producing 2.5 million tonnes of organic fertilisers by April, according to an official who declined to be named.

Weeks before the harvesters arrived at Agbopura, Seneviratne noticed the plants were short and reedy.

“These crops need urea. Compost is just not good enough and we didn’t even get any of the organic fertiliser that was distributed by the government,” he said.

Despite 150,000 rupees in debt, a decent harvest would allow him to get back two of his wife’s gold chains that were pawned last year to meet household costs.

The night before his crop was harvested, Seneviratne camped in the fields to scare away a group of elephants that arrive each winter.

But paddy from his two areas only filled 10 bags. His earnings dropped to around 15,000 rupees from 85,000 rupees a year earlier.

“After I paid off the harvester, there was only 200 rupees left,” he said.


Like many other farmers in Agbopura, Seneviratne said he did not know when and how government compensation would reach him.

“If I had known the yield would be this low, I would have left the crop to be eaten by wild animals,” he said. “I don’t know how we will get the pawned gold back.” 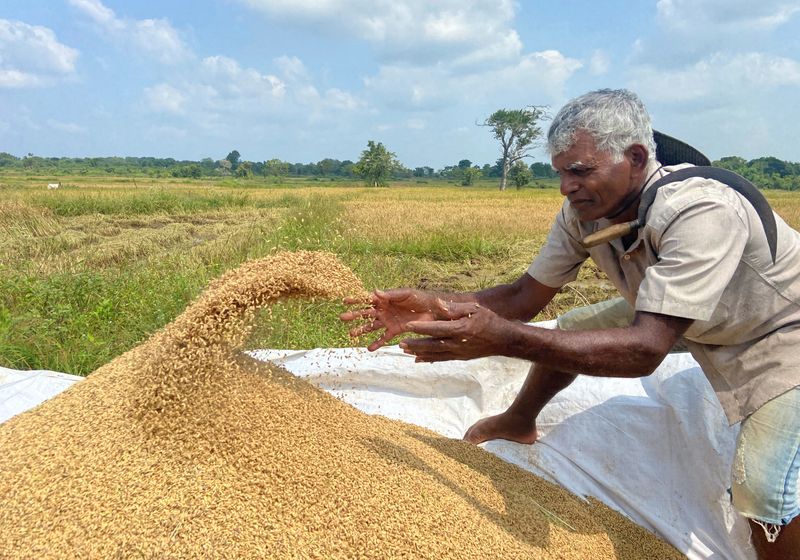 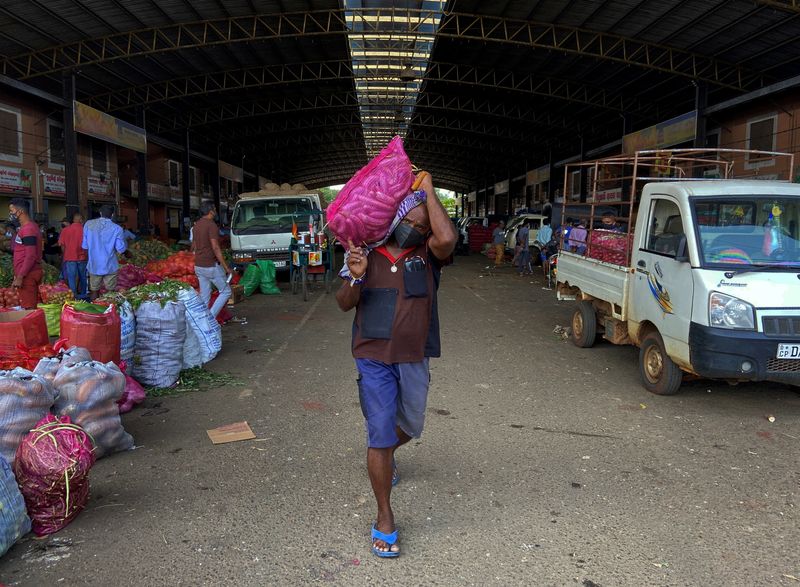 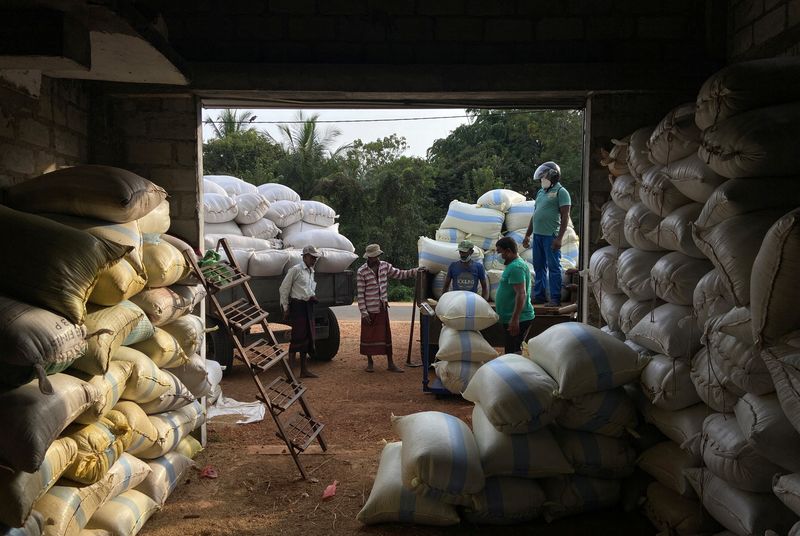 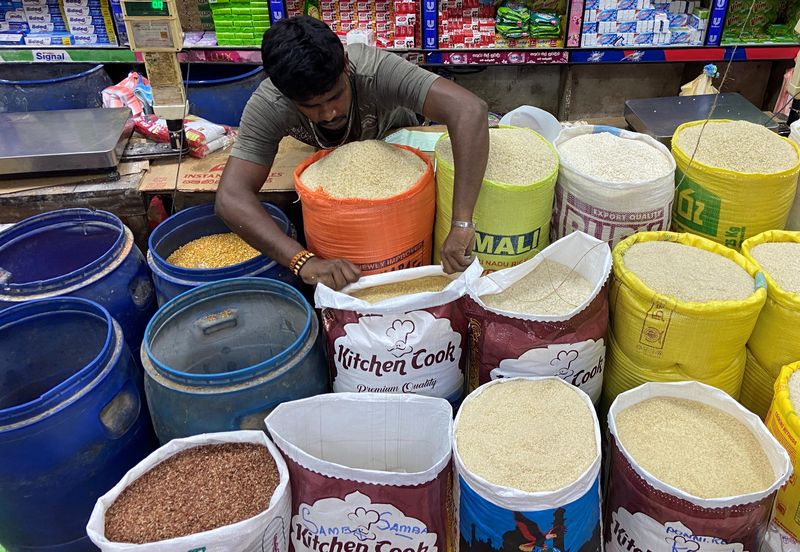 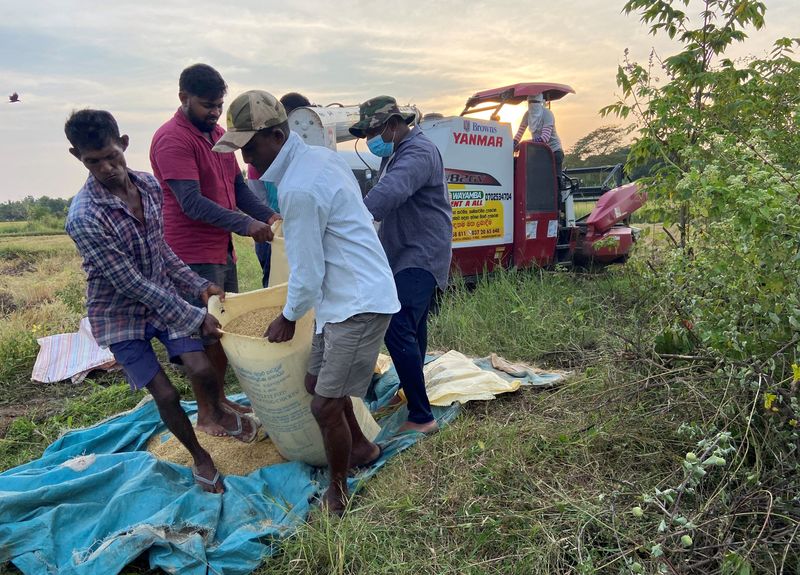