NEW YORK – A group of nearly 600 tech employees at The New York Times Co has voted to unionize as the company faces claims it unlawfully interfered with labor organizing, according to election results announced on Thursday.

The workers voted 404-88 to join The NewsGuild of New York, which already represents other Times employees, according to the U.S. National Labor Relations Board (NLRB). The bargaining unit, known as the Times Tech Guild, is now the largest tech-worker union in the U.S., according to the NewsGuild.

Danielle Rhoades Ha, a spokeswoman for The New York Times, said the company looked forward to negotiating a contract with the union.

“We continue to believe this election process was critical so our colleagues could learn more about the union, hear both sides of the argument and, ultimately, make an informed decision,” she said.

In a statement, the Times Tech Guild said unionizing will enable its members to have a say in their pay, benefits and working conditions.

“We look forward to working with management to win a strong contract that will not just ensure equity and respect for tech workers, but will also set industry standards across the board,” the union said.

The New York Times had argued the unit was inappropriate because it includes employees with five distinct job functions, and should have included only about 360 product engineering workers. The company had also said many of the workers in the unit are managers or supervisors who are barred from joining unions.

An NLRB official in January said the Times was precluded from pursuing both of those arguments because it had not provided enough information about the employees’ working conditions.


In December, the NLRB general counsel issued a complaint accusing the Times of unfair labor practices in connection with the union campaign.

According to the complaint, management during a virtual meeting last May told some employees they were barred from showing union support while acting as supervisors of interns, and has continued to maintain that policy.

The Times has denied wrongdoing. A hearing is scheduled before an administrative judge for March 14.

The NewsGuild also represents some employees of Reuters. 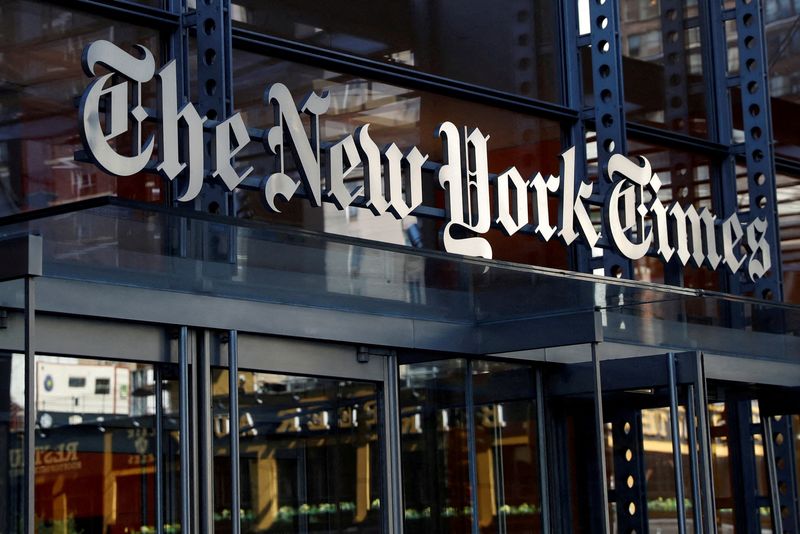