MILAN – Italy’s biggest bank Intesa Sanpaolo said it was determined to support customers of its Ukrainian subsidiary Pravex Bank and was opening branches in the country to provide essential services whenever it was safe to do so.

With 780 staff and around 45 branches, Intesa is the only Italian bank operating in Ukraine.

“Each day, we are able to safely open a part of our branches, primarily in the western part of Ukraine, where many of those fleeing the fighting now find themselves,” Marco Elio Rottigni, head of the international subsidiaries’ division, said in an emailed statement.

Rottigni said Intesa’s units in nearby countries were raising money to help refugees, while also ensuring that ATMs and foreign exchange services were able to support the large influx of people.

Intesa also has subsidiaries in Slovakia, Slovenia, Hungary, the Czech Republic, Romania and Moldova in central and eastern Europe.

Intesa on Thursday said it was conducting a strategic review of its presence in Russia following the invasion of Ukraine.

With 976 local staff, Intesa handles more than half of all commercial transactions between Russia and Italy.

CIB Bank, Intesa’s Hungarian unit, said separately that 150 of its staff had volunteered to help Ukrainian colleagues fleeing with their families.

A task force was set up at the weekend to meet them at the border and provide transfer and accommodation, it said.


Separately on Friday, a source at Buzzi Unicem said contingency plans to keep 1,284 local staff and facilities safe after Russia’s invasion had led the Italian cement maker to shut its two plants in north west and south east Ukraine. 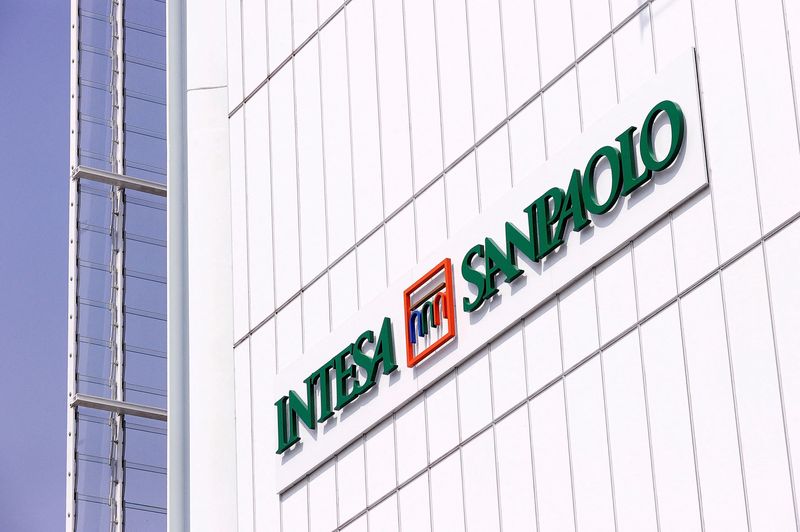