-Michelin said on Friday its world famous guide would suspend all restaurant recommendations in Russia in response to Moscow’s invasion of Ukraine.

All development projects Russia were now frozen, it said in a statement, adding that all social media and online activity in Russia was also on hold.

“Given the severity of the current crisis, the teams of the Michelin Guide have had to take the decision to suspend all restaurant recommendation activities in Russia,” Michelin said.

Michelin in 2021 published its first selection for Moscow, which included nine restaurants that were awarded its coveted stars, a distinction seen as proof of ranking among the best restaurants of the world.

“We have made the choice not to promote Moscow as a destination”, Michelin said.” As a result, the Moscow selection will not be updated this year.”

Michelin’s Moscow Guide, the only in Russia, currently includes 69 restaurants.

The Guide, developed at the beginning of the 20th century by French tyre maker Michelin as a handy glove box companion when on the road, is one of the world’s most influential rankings for restaurants and hotels, with many country and city editions.

Michelin Guides are published annually, so any mention or star has to be renewed each year.

A Michelin spokesperson said that it was too early to tell if the Guide would put a permanent end to its Russia activities.

In the news release, Michelin said that “in no way do these decisions call into question the talent of the teams and chefs.” 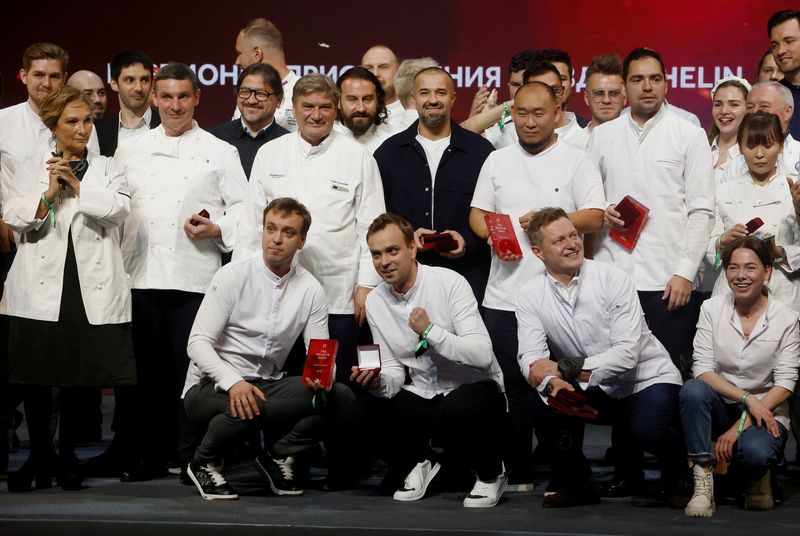