By Naveen Thukral and Pratima Desai

SINGAPORE/LONDON – Commodity markets were on track on Friday for their biggest weekly gains in years as the shuttering of Ukrainian ports and sanctions against Russia sent energy, crop and metal buyers scrambling for replacement supplies.

Russia is one of the world’s biggest exporters of key raw materials, from gas and crude oil to aluminium and wheat and palladium. The possible exclusion of supplies from the country due to sanctions has sent traders and importers into a frenzy.

“We are seeing the commodity ‘melt-up’ continue with no sign of a let-up,” ED&F Man Capital Markets’ Edward Meir said.

“More precisely, there is a massive repricing going on which will presumably stop when most, if not all, of Russia’s contribution to the global supply/demand commodity chain is ‘scrubbed’ off the numbers and discounted by the markets.”

The Chicago Board of Trade’s (CBOT) most-active wheat contract has climbed 40% this week, the biggest weekly gain on record, while corn is up 17% and soybeans have added nearly 6%.

Oil prices are set to post their strongest weekly gain since the middle of 2020, with WTI up nearly 20% and Brent up 14% after hitting their highest levels in a decade this week. [O/R]

“Russian energy exports are, at present, exempted from global sanctions, but exports are nevertheless disrupted,” analysts at UBS said.

“This is the result of self-sanctioning by Russian crude buyers in fear of future sanctions and/or for reputation reasons. With limited Russian storage capacity, these disruptions will likely, with a delay, also trigger production shut ins (cuts).”

Aluminium hit a record high of $3,850 a tonne, up nearly 13% and heading for its largest weekly gain ever. [MET/L]

“Russia is a sizeable producer of metals like palladium, aluminium, and nickel…sanctions packages currently being announced have yet to target the producers in Russia,” said ING analyst Wenyu Yao.

“Nevertheless, sanctions on Russia’s access to SWIFT and certain Russian banks have caused great confusion among market participants about trading metals with the country.”

Palladium is up 22% so far this week, while gold was supported by investors worried about inflation and geopolitical and economic uncertainty, looking for a safe place to park their assets.

Dutch and British gas prices have more than doubled this week and are trading close to record highs on uncertainty about Russian gas supplies to Europe.

Benchmark iron ore futures in China clocked their biggest weekly gain in more than two years at nearly 20% and Newcastle coal futures are on course for a weekly gain of more than 67%, the largest since contract launch. 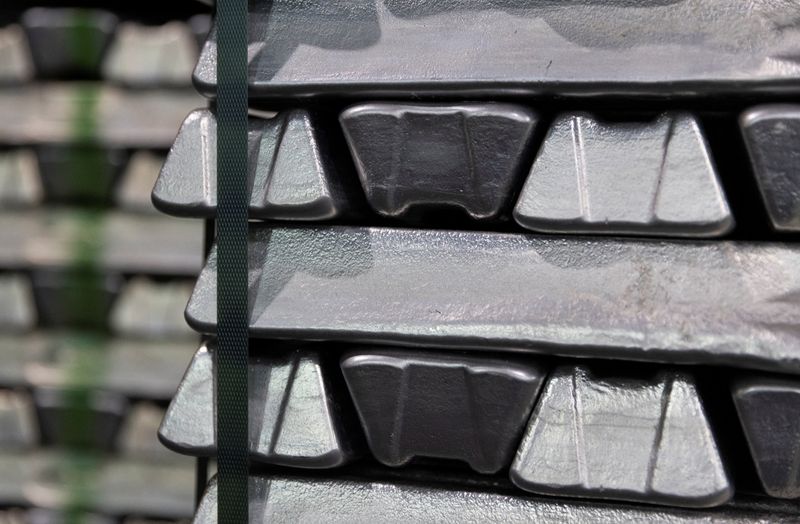