NEW YORK – U.S. investors may be in a rush to dump Russian assets after Western allies hit Moscow with sanctions, but a few fund managers with a relatively small exposure to Russia are avoiding kneejerk decisions amid trading constraints and price dives.

While there has been a rush from investors to announce they are trying to extricate themselves from Russian investments, this is complicated by trading halts and the prohibition from Moscow on selling foreign assets.

But some U.S. investors can afford not to panic, as their small exposure to Russian stocks and bonds does not dramatically affect portfolio returns, and sharp drops in valuations and liquidity concerns discourage rushed exits.

“We’re facing a very challenging, illiquid situation … So if you take on a position, you’re worried what’s going to surprise us tomorrow,” he said, declining to disclose his exposure to Russia but saying positions had been adjusted as tensions rose.

The moves came after valuations dropped dramatically across asset classes in the past week.

Yields of 10-year Russian OFZ bonds, which move inversely to prices, hit their highest since early 2016. London-listings of Sberbank and Gazprom have been all but wiped out.

Marcelo Assalin, head of William Blair Emerging Markets Debt, said his firm had very little exposure to Russian bonds and he was not trying to sell, also pointing to lack of liquidity in the market.

“I am skeptical that investors will find liquidity to sell sizable positions here, so I don’t think marketability is something that investors can find in the marketplace at this point,” he said.

Bernard Horn, lead portfolio manager at Polaris Capital Management, said his only direct exposure to the Russian market was in shares of diamond mining company Alrosa, and he was in no rush to sell.

“We’re not able to transact in the stock anyway, and there’s no real reason for us to get to panicked about it,” he said, adding that some investments had in fact increased in value from the Ukraine crisis.

“We have more exposure that’s benefiting in some way from the shortages of things like methanol, fertilizer, gas, copper. All that in some ways is more than offsetting our exposure to Alrosa,” he said.

Jon Maier, chief investment officer at exchange-traded fund provider Global X said he had a very small exposure to Russian assets and getting rid of that exposure was not a concern.

On the other hand, he was seeing increased interest in an ETF which invests in companies that could benefit from the adoption of cybersecurity technology, he said, adding weekly inflows in that fund were about $80 million as of Feb. 28.

The risk of cyber attacks from Russia has intensified after Western sanctions.


Uncertainty about the conflict as well as the risk of more punitive sanctions were distorting prices, reinforcing the case of holding tight or even potentially buying assets on the cheap at a later stage.

“This to us is a huge shock but it’s a temporary shock,” said Morgan Stanley’s Kushma. 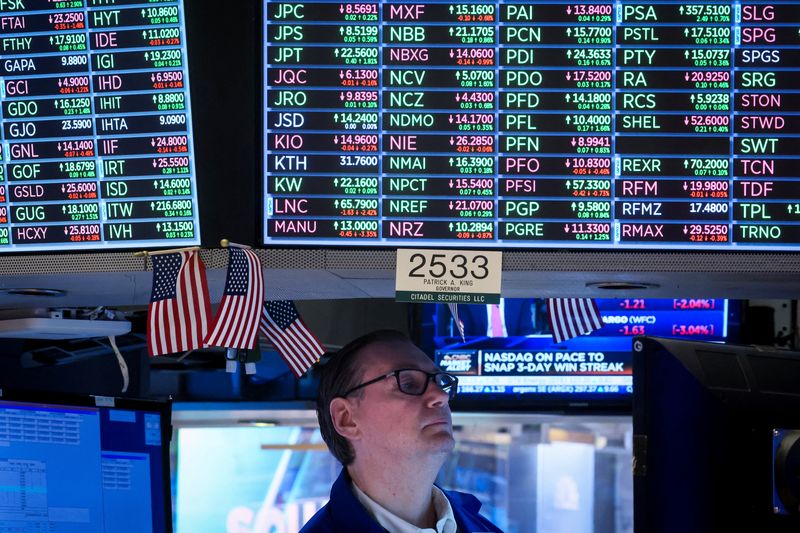