-Top mutual fund manager Vanguard Group said on Friday it will adhere to international sanctions being imposed on Russia in the wake of Moscow’s invasion of Ukraine, but will not restrict the investment decisions of managers of its actively-managed funds.

In a note https://advisors.vanguard.com/insights/article/russiansanctionsindexchangesandvanguardfunds on its website on Friday addressing investments in Russia, Vanguard Chief Investment Officer Greg Davis said that managers of its actively-managed funds “will decide how best to navigate liquidity challenges and balance investment risks with potential rewards.”

Although best known for its passive index funds, the closely-held U.S. firm runs actively-managed funds with about $1.7 trillion in assets, the company said. Total assets were $8.1 trillion as of January 31.

In a separate note https://corporate.vanguard.com/content/corporatesite/us/en/corp/articles/exposure-to-russian-securities-in-vanguard-funds.html on its website, Vanguard listed funds with direct exposure to Russian securities as of Feb 28. The list including passive funds like its Total International Stock Index fund, with 0.2% exposure, and active funds like Emerging Markets Select Stock fund, with 1.19% exposure.

Many western funds and companies have said they would leave Russia following the invasion, which Moscow terms a “special military action,” including BP, Boeing and Norway’s sovereign wealth fund. On Friday the London Stock Exchange suspended trading in Russian securities.

Financial firms like banks can face obstacles to departure. Vanguard said “Some Russian securities may not be traded because of sanctions restrictions,” and that Russian Central Bank actions have effectively shut off its securities market to foreign investors.

So far the effects on Vanguard funds have been limited, Vanguard said.

Of U.S.-domiciled Vanguard funds, index funds account for about 80% of the exposure to Russia and Ukraine. Funds invested in Russia and or Ukraine had about 1% of assets there, on average. Russian stocks and bonds made up “most of the modest exposure,” Vanguard said. 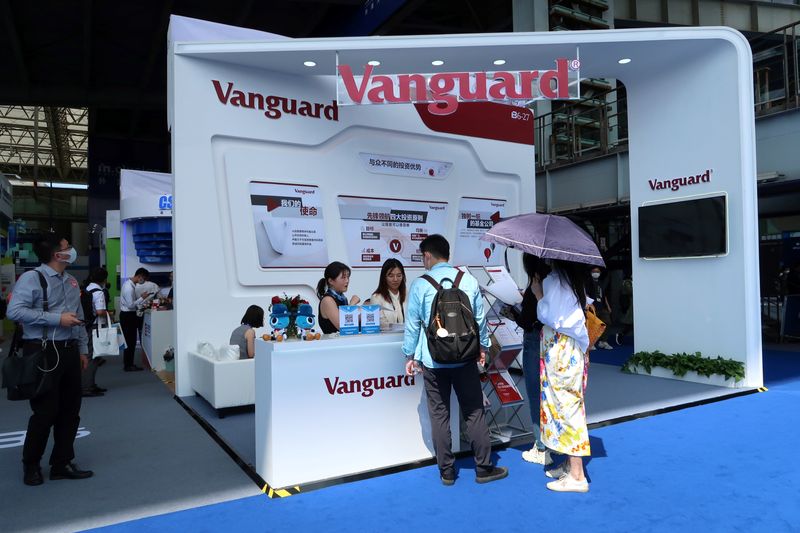