ANCHORAGE, Alaska -Forty-nine mushers and their teams of huskies trotted through Alaska’s largest city on Saturday to start the 50th annual running of the Iditarod Trail Sled Dog Race, an event transformed by climate change and commercialism since its humble beginnings.

The starting gate has been returned to downtown Anchorage, a year after the COVID-19 pandemic prompted organizers to launch the 2021 race from a secluded riverside spot north of the city and off limits to the usual crowds of spectators.

conditions on the first day of the run, with temperatures hovering between freeze and thaw. Wet snow soaked teams and spectators lining the city trail.

Fortunately for the mushers and dog teams more accustomed to crisp, cold weather, the 11-mile (17.7-km) Anchorage portion of

the race is merely ceremonial, with timed competition starting

on Sunday at Willow, about a 75-mile drive north.

The overall trail has been restored to its traditional 1,000-mile (1,600-km) distance from Anchorage to the Bering Sea gold-rush town of Nome after a COVID-forced shortening of the course last year. Still, several pandemic restrictions remain in effect.

Mushers, volunteers and fans gathered for this year’s renewal of Iditarod festivities in Anchorage were instructed to mask up and take other precautions to prevent the spread of the lingering virus.

The pandemic also forced one last-minute switch. Nic Petit, a top musher, had to pull out of the race after testing positive for COVID-19. Four-time champion Jeff King, who had planned to sit out this year’s contest, then stepped in to drive Petit’s dog team to Nome.

King got the call from Petit on Tuesday afternoon. He said Petit is trusting him to manage “a really nice dog team.”

“I think he knows I know what I’m doing,” King said at the downtown Anchorage start area.

Other returning winners are Dallas Seavey, who claimed a record-tying fifth victory last year, and his father, Mitch Seavey, a three-time champion who holds the Iditarod speed record of eight days, 3 hours and 40:13 minutes.

Those and others should be contenders for this year’s title, said Leifseth Ulsom. “A whole bunch of them are really good teams,” the Norwegian said in the Anchorage starting area.

Seventeen of this year’s mushers are women. The Iditarod is one of the few high-profile sports evens where women and men compete on equal footing.

The Iditarod has come a long way in the half century since it began in 1973 as a low-budget, novelty event that drew a field of all-amateur mushers and took the winner 20 days to complete.

The modern race attracts major corporate backing, though in recent years, animal rights activists who condemn the race as cruel to the dogs have pressured some companies to drop support.

Climate change has wrought some of the greatest changes in the world’s most famous sled-dog race, as it has for much of life in the far north.

Three times, most recently in 2017, unseasonably warm conditions forced the Iditarod to move its day-two restart – following the ceremonial Anchorage launch – much farther north, to Fairbanks.

In 2020, flooding swamped the ultra-thin Bering Sea ice that teams had to skirt near the end of the race. Three racers and their dogs had to be rescued from the coastal site only 25 miles (40 km) from the Nome finish line. Contestants who followed had to be rerouted farther inland to avoid standing water.

The course, though running at full length again this year, has still been altered somewhat, with checkpoints relocated to minimize contact with Native Alaska villages that remain vigilant against renewed coronavirus outbreaks because of scarce healthcare resources.

Organizers say such precautions are fitting for an annual race that honors a famed dog-sled relay run nearly a century ago to deliver diphtheria serum to Nome in 1925.

“Vaccinations and dogs and Iditarod go way back, to the beginning of the race,” said Paige Drobny, a musher from Cantwell, Alaska, who is promoting vaccination on behalf of her sponsor, a Fairbanks healthcare consortium. 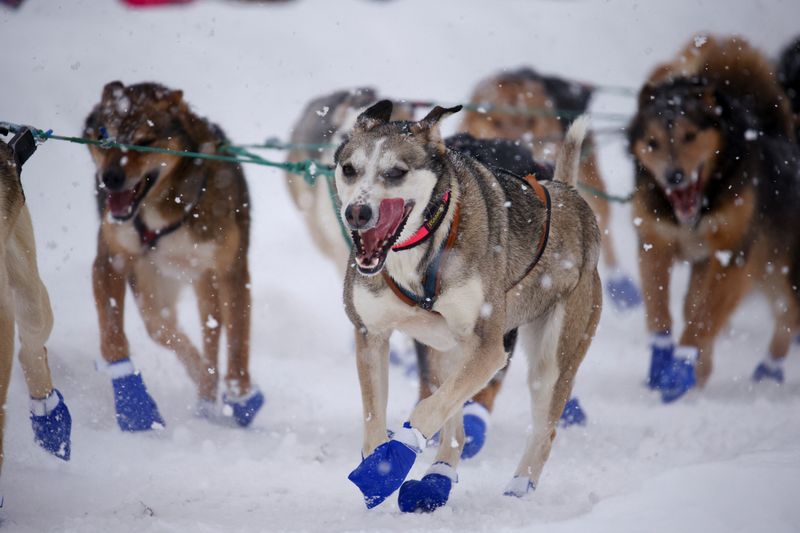 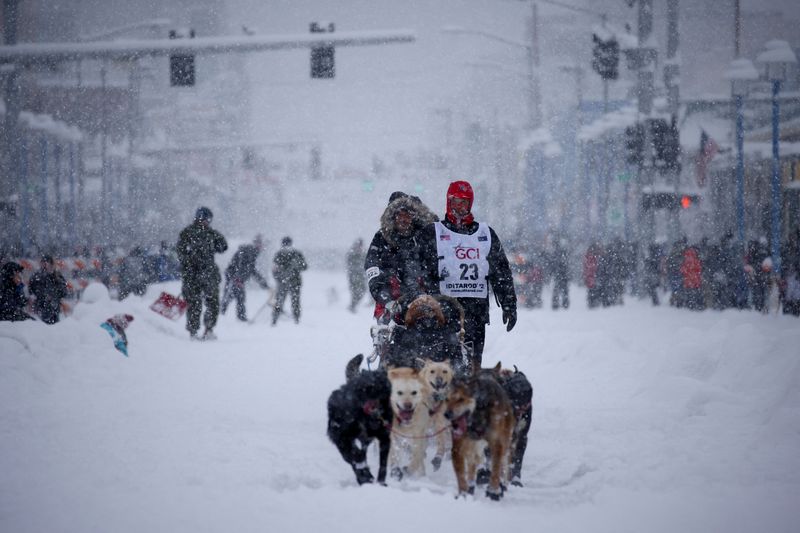 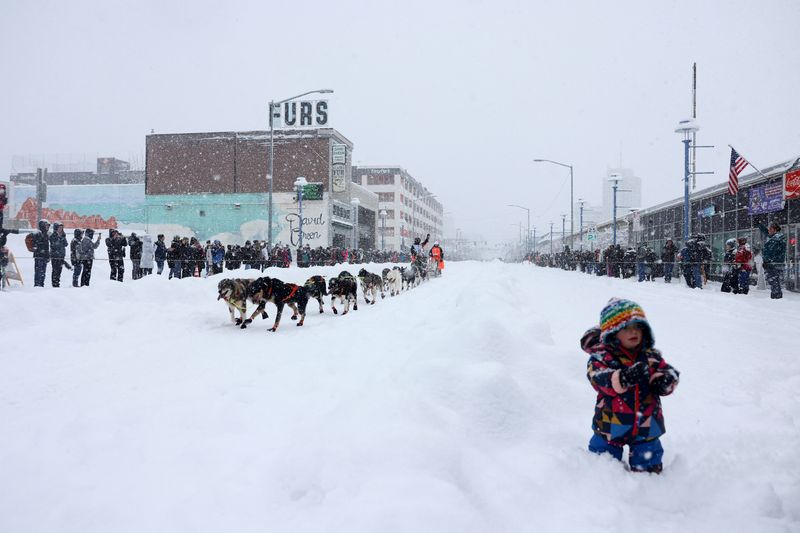 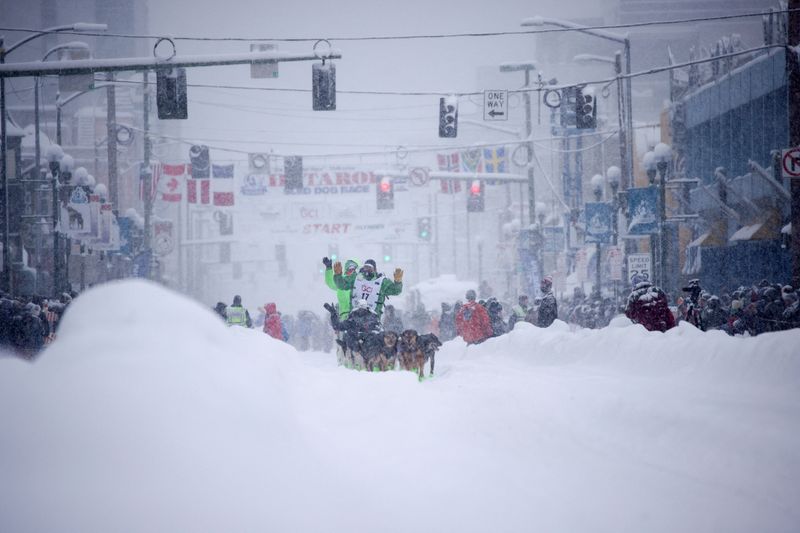 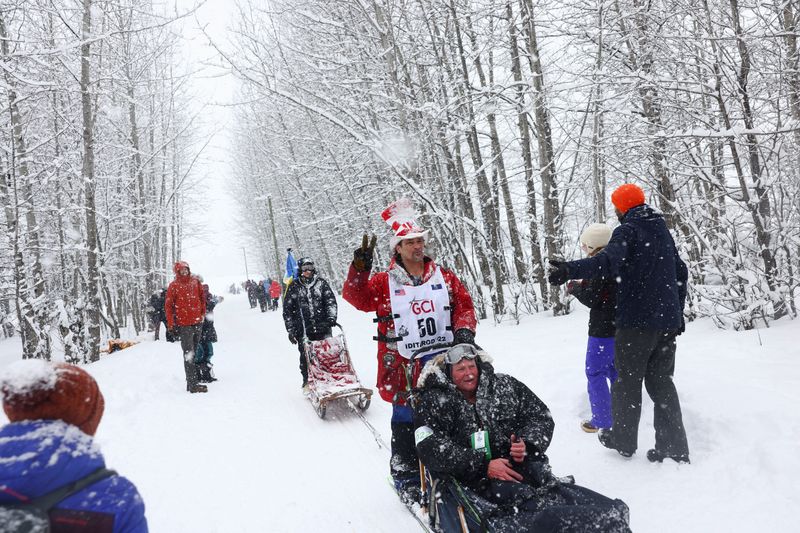 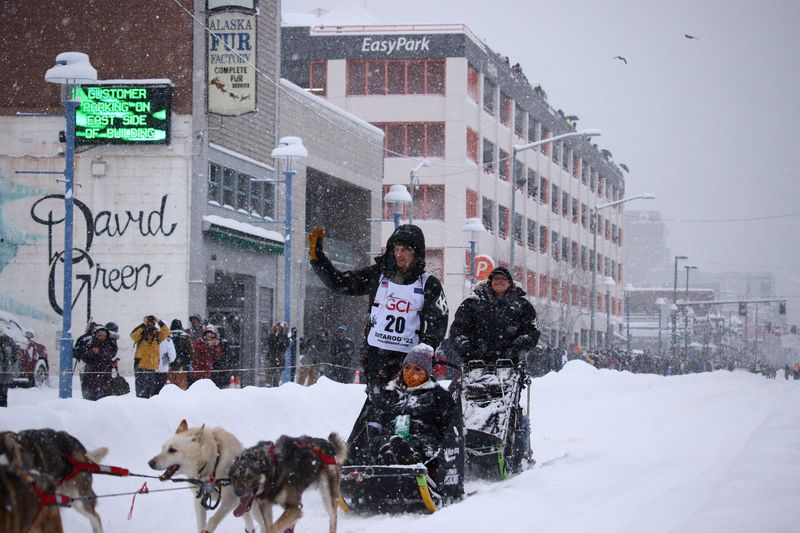 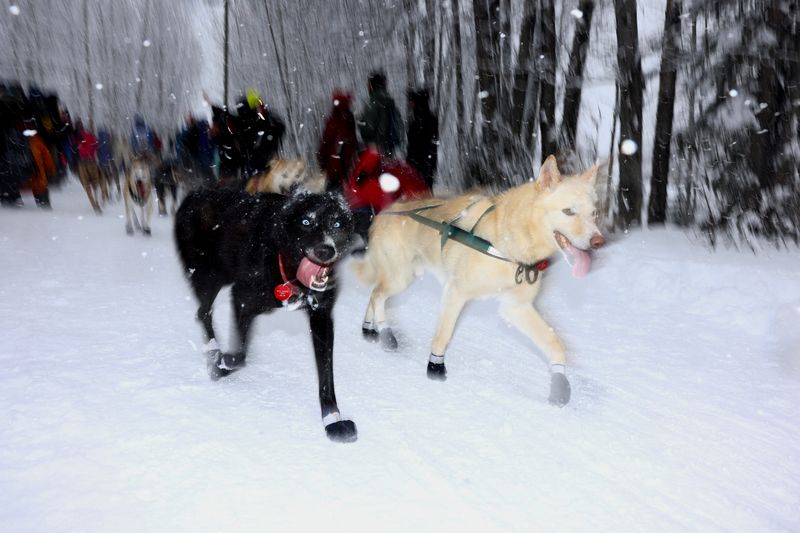 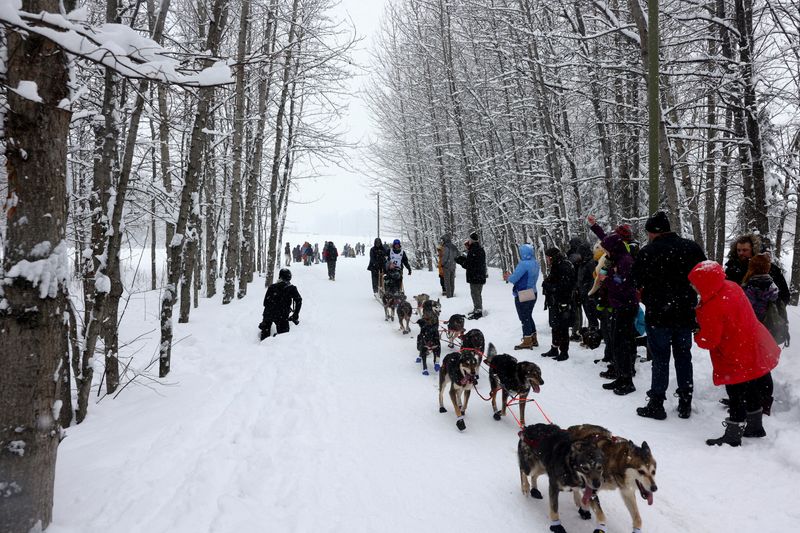 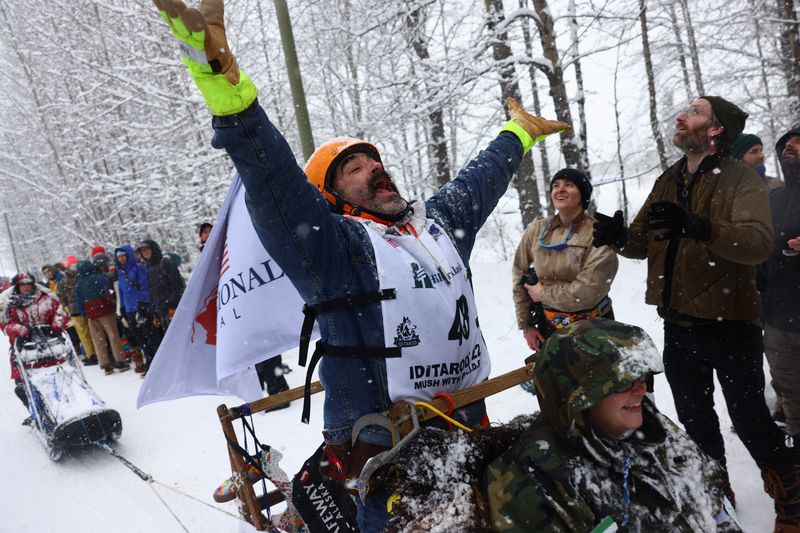