LONDON – Russia is resuming a support programme for critically important firms, hoping to protect companies from the effects of international sanctions by reviving measures first introduced in 2020 to shield them from the fallout of the COVID-19 pandemic.

Russia’s invasion of Ukraine on Feb. 24 has triggered an unprecedented wave of economic and financial sanctions from Western and allied governments, and of international firms suspending or ending business in Russia or with Russian companies.

In a statement, the Russian government said it was proposing a “comprehensive package”, first introduced as an anti-crisis measure in 2020, to “support the economy and business in the face of external sanctions”.

The measures will include state guarantees to enable the firms to restructure existing loans or take out new ones, as well as subsidies to help them recover costs.

The relevant firms will also be exempted from financial stress tests, the government said.

Sectors that benefited from support during the COVID-19 crisis included banking and aviation.

President Vladimir Putin said on Saturday that Western sanctions on Russia were akin to a declaration of war and defended the invasion of Ukraine, saying Moscow needed to protect Russian speakers in Ukraine’s east as well as its own interests.

The war and the sanctions have shattered the outlook for a commodity-dependent economy, already suffering 9% inflation before the invasion, that analysts had seen growing by around 2.5% this year in a poll conducted in January.

Moscow’s stock exchanges have been closed since Feb. 25, after dropping sharply on news of the invasion.

But the rouble currency, which would usually have been supported by a surge in the price of oil, Russia’s main export, has lost more than 40% of its value this year, despite the central bank more than doubling its benchmark interest rate to 20% last week.

On Monday, a holiday in Russia, it was being bid at 131.00 to the dollar in thin offshore trade, according to Refinitiv data. [RU/RUB] 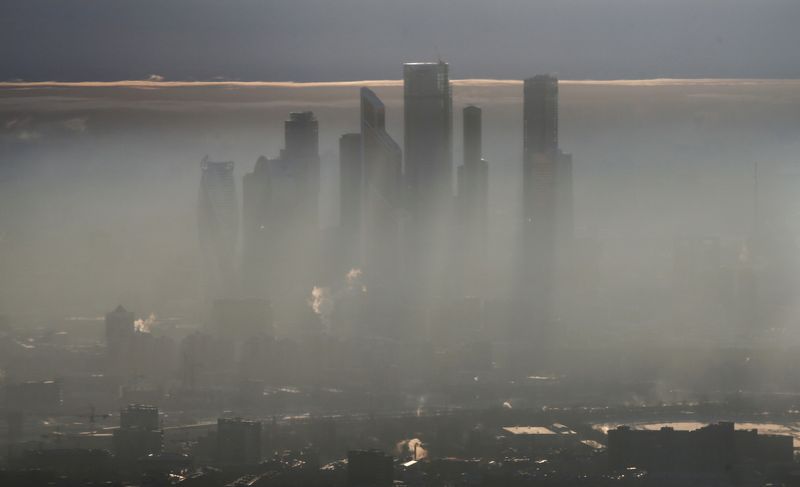