THE HAGUE -Ukraine sought an emergency order from the United Nations’ highest court on Monday to halt hostilities on its territory, arguing that Russia – which boycotted the hearing – had falsely applied genocide law to justify its invasion.

The hearing was held at the International Court of Justice (ICJ) without legal representation for Russia.

“The fact that Russia’s seats are empty speaks loudly. They are not here in this court of law: they are on a battlefield waging an aggressive war against my country,” Ukrainian envoy Anton Korynevych said.

The court said it regretted Russia’s non-attendance. After Ukraine presented its arguments Monday the court said it would start deliberations and rule “as soon as possible”.

Countries usually, but not always, follow the court’s orders, which are legally binding. A spokesperson for the Russian Embassy in the Netherlands did not reply to a request for comment.

After the hearing Korynevych stressed that Russia’s absence would not impact the proceedings and Moscow would have to heed any court orders.

“They need to listen and they must listen to the court, under international law,” he told reporters.

‘NO EVIDENCE’ OF GENOCIDE


Russian President Vladimir Putin has said Russia’s “special military action” is needed “to protect people who have been subjected to bullying and genocide” – meaning those whose first or only language is Russian – in eastern Ukraine.

Russian-backed separatists have fought Ukrainian forces in two eastern breakaway regions of the country since 2014, with some 15,000 people killed, according to the government in Kyiv.

A leading association of genocide scholars has backed Ukraine and Western powers’ view that Russia was misappropriating the term genocide to describe the treatment of Russian speakers in eastern Ukraine.

“There is absolutely no evidence that there is genocide going on in Ukraine,” Melanie O’Brien, president of international Association of Genocide Scholars, told Reuters.

Russia’s new invasion of Ukraine began on Feb. 24. Moscow has repeatedly denied targeting civilians in the assault. The official U.N. civilian death toll is 406, including 27 children, though officials say the true toll is probably higher.

The case centres on the interpretation of a 1948 treaty on the prevention of genocide, signed by both countries. The treaty names the ICJ as the forum for resolving disputes between signatories.

Kyiv’s legal team stressed on Monday that Moscow was violating and abusing the treaty by using it as a justification for war.

The world was witnessing Russia kill civilians with indiscriminate attacks, Oksana Zolotaryova of the Ukrainian foreign ministry, told the court.

“We don’t know yet the true number of Ukrainians that Russia has murdered in the past 11 days. We can only guess how many more will be murdered in the next 11 days if this senseless aggression does not stop,” she said, as she asked the court to grant the provisional measures.


The ICJ is the highest court for resolving disputes between states, and while cases there usually take years, it has a fast-track procedure to look at requests for “provisional measures”, to prevent a situation from worsening. 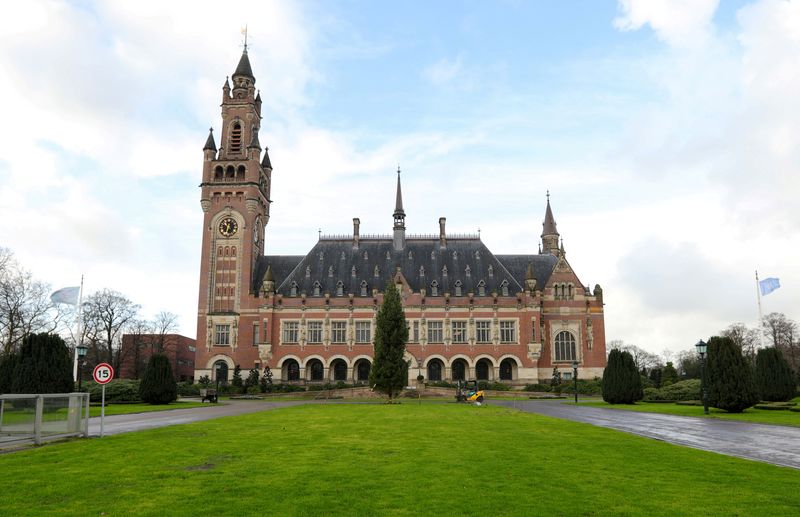