WASHINGTON -A bipartisan trio of U.S. congressmen on Monday unveiled new legislation that would permanently ban illicit versions of fentanyl, the powerful synthetic painkiller that has helped fuel the nation’s opioid epidemic and death toll.

The proposed bill, introduced by Democrat Chris Pappas and Republicans Dan Newhouse and Ted Budd, comes days before a temporary ban on chemical copycats of fentanyl known as analogues expires on Friday.

For years, the Justice Department’s Drug Enforcement Administration (DEA) has been trying to crack down on the proliferation of chemical look-alikes of fentanyl, which are often manufactured in China and shipped into the United States from Mexico.

Fentanyl, which is 100 times more potent than morphine, is classified as a Schedule II drug, meaning it is highly addictive but has a medicinal purpose, typically to treat intense cancer pain.

But chemists largely based in China have created numerous slightly altered versions of the drug, which along with actual fentanyl have flooded U.S. streets and contributed to nearly 500,000 U.S. opioid overdose deaths over two decades.

To combat these illicit versions, the DEA previously clamped down by individually placing each illicit new fentanyl analogue into Schedule 1, the same legal category for drugs like heroin which are deemed to have no medical use.

In 2018, the DEA came up with a new approach, using its emergency powers to schedule all copycat illicit versions of fentanyl broadly into Schedule 1 as a single class, effectively banning them.

That authority has remained in place, thanks to repeated temporary extensions from Congress, which has yet to act on a long-term solution over concerns that a permanent ban could stifle scientific research into fentanyl analogues.

“This bill looks to close an important loophole,” Pappas said in a phone interview. “We’ve got to make sure that we’re staying ahead of the cartels.”

Pappas added that his proposed bill contains provisions that he hopes will address researchers’ concerns by making it “less onerous and more streamlined” for scientists.

The new legislation introduced on Monday is not expected to pass before the DEA’s latest temporary emergency scheduling of fentanyl analogues expires.

However, Pappas told Reuters that lawmakers are looking into another temporary extension as part of a broader spending bill until a permanent solution is reached. 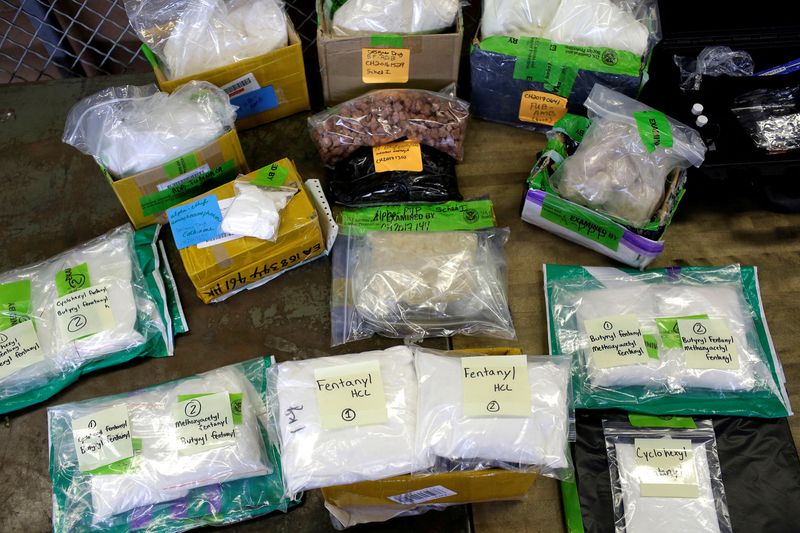