By Dhara Ranasinghe and Stefano Rebaudo

LONDON – The European Central Bank’s plans to dial back stimulus have been upended by Russia’s invasion of Ukraine.

Policymakers meeting on Thursday must now grapple with the prospect of inflation, already at record highs, rising yet further just as a new crisis threatens the economy.

“Of all the major central banks, the ECB has the biggest dilemma on its hands,” Principal Global Investors chief strategist Seema Shah said.

1. What will the ECB do this week?

Hawks, such as Germany’s Joachim Nagel, have argued for a faster tapering of bond buys, but appear to have toned down their public rhetoric. Board member Fabio Panetta believes policy moves should be postponed.

The ECB was already due to cut bond buying over the coming quarters, but aimed to keep the purchases open-ended.


It could still hint at the possibility of ending asset purchases later this year and drop a reference to rates rising “shortly” after bond buying ends.

2. Will the ECB hike rates this year?

Markets think so and ECB President Christine Lagarde last month appeared not to rule out a move higher this year. Whether she still holds to that will be watched closely.

Federal Reserve Chair Jerome Powell says the Fed will stick with plans for a March rate rise. The Fed’s dilemma is less acute, given Russia-linked growth setbacks are less likely in the United States.

“Before the war, we were expecting the ECB to raise rates in September and December for a total of 50 bps,” said Generali Investments senior economist Martin Wolburg. “The first-rate hike is more likely in December.”

3. How does Ukraine impact the economy?


It could reduce euro area economic output by 0.3%-0.4% this year in one scenario outlined by ECB chief economist Philip Lane.

The bigger hit may in the short-term come via inflation, already running at 5.8%, well above the ECB’s 2% target. But the crisis is negative for growth and inflation longer term, a more relevant horizon for the ECB.

Another headache is tighter financing conditions, mainly due to falling share prices since mid-February.

The ECB gives its latest economic projections on Thursday and big upward revisions to the 2022 inflation forecast are certain.

While important for markets, estimates may not fully reflect the impact of surging oil — Brent crude has jumped 20% to nearly $120 a barrel since Russia invaded Ukraine on Feb. 24.

Chief economist Philip Lane says the latest inflation data will be taken into account, noting a temporary rise in inflation should be tolerated given a supply shock.

5. What happens if markets wobble?

The ECB will likely stress it stands ready to take any measure necessary to stabilise financial markets.

European banks have been knocked by Western sanctions on Russia and the exit of Russian banks from Europe, but signs of funding stress appear contained. Euro area sovereign bond spreads are relatively stable.

Further falls in the euro, trading at 21-month lows, are a worry. Deutsche Bank says the euro is becoming increasingly negatively correlated to oil and gas prices — a potential inflationary spiral that adds to the ECB’s troubles. 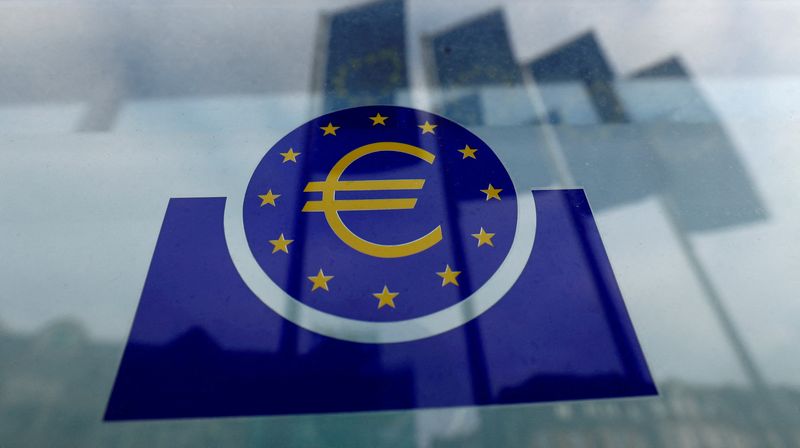