WASHINGTON -U.S. President Joe Biden on Tuesday imposed an immediate ban on Russian oil and other energy imports in retaliation for the invasion of Ukraine, amid strong support from American voters and lawmakers, even though the move will drive up U.S. energy prices.

“We’re banning all imports of Russian oil and gas energy,” Biden told reporters at the White House. “That means Russian oil will no longer be acceptable in U.S. ports and the American people will deal another powerful blow to (Russian President Vladimir) Putin’s war machine.”

The ban caps sweeping U.S. and European sanctions imposed on Moscow for launching the largest war in Europe since World War Two. Russian strikes have targeted Ukrainian cities and killed hundreds of civilians, some as they tried to flee their homes.

Biden, who has pledged that U.S. soldiers will not go to Ukraine to fight, voiced America’s support for the Ukrainian people, and predicted their ultimate victory.

“Russia may continue to grind out its advance at a horrible price, but this much is already clear: Ukraine will never be a victory for Putin. Putin may be able to take a city, but he’ll never be able to hold the country,” he said.

Retail gasoline prices in the United States surged to an all-time record on Tuesday, with the average cost of a retail gallon of gasoline hitting $4.173 early Tuesday, according to the American Automobile Association.

Biden signed an executive order on the ban soon after his remarks. The ban goes into effect immediately, but gives buyers 45 days to wind down existing contracts, a senior administration official told reporters.

The move also bans new U.S. investment in Russia’s energy sector, and prohibits Americans from participating in any foreign investments that flow into the Russian energy sector, the official said.

Biden has been working with allies in Europe, who are far more dependent on Russian oil, to isolate Russia’s energy-heavy economy and Putin. Britain announced shortly before Biden’s remarks that it would phase out the import of Russian oil and oil products by the end of 2022.

The United States consulted closely with allies on the ban, but did not ask them to join in, and did not expect that they would, the official said.

Biden said sanctions imposed by the United States and its allies had already caused the Russian economy to “crater” and vowed to continue ratcheting up pressure on Moscow to stop a war that forced more than 2 million people to flee the country.

The United States imported more than 20.4 million barrels of crude and refined products a month on average from Russia in 2021, about 8% of U.S. liquid fuel imports, according to the Energy Information Administration. The United States also imports a negligible amount of coal from Russia.

Biden predicted prices would rise further as a result of “Putin’s war,” but pledged to do all he could to ease the pain for the American people. He also warned U.S. companies against profiteering or otherwise exploiting the situation.

“The decision today is not without costs here at home. Putin’s war is already hurting American families at the gas pump … I’m going to do everything I can to minimize Putin’s price hikes here at home,” Biden said.

“Russia’s aggression is costing us all. It is not time for profiteering,” said the Democratic president, who has repeatedly targeted big U.S. companies for unfairly jacking up prices.

In November, Biden had cited mounting evidence of anti-consumer behavior by oil and gas companies and asked the Federal Trade Commission to dig deeper into possible “illegal conduct” in the market.

Biden’s Democrats face tough congressional midterm elections in November when Biden’s handling of the economy, and particularly rising prices, is expected to be a main issue with voters.

U.S. presidents are particularly vulnerable to criticism over high gasoline prices because of the country’s reliance on gas-guzzing vehicles and lack of public transporation.

Republican National Committee Chair Ronna McDaniel was among the Republicans on Tuesday to blame Biden’s policies for high gas prices, even though many supported banning Russian oil imports.

U.S. House of Representatives Speaker Nancy Pelosi lauded the import ban and said the House would pass strong, bipartisan legislation to support the move on Tuesday, including taking steps to review Russia’s access to the World Trade Organization and paving the way for further sanctions. Biden rejected Republican claims that his administration’s policies were restraining U.S. energy production, noting that some 9,000 permits were not being used by oil and gas firms.

“We’re approaching a record (level) of oil and gas production in the United States and we’re on track to set a record level of production next year,” he said.

U.S. Senator Chris Coons said gasoline prices would rise in the United States and Europe. “That’s the cost of standing up for freedom and standing alongside the Ukrainian people, but it’s going to cost us,” Coons told CNN. 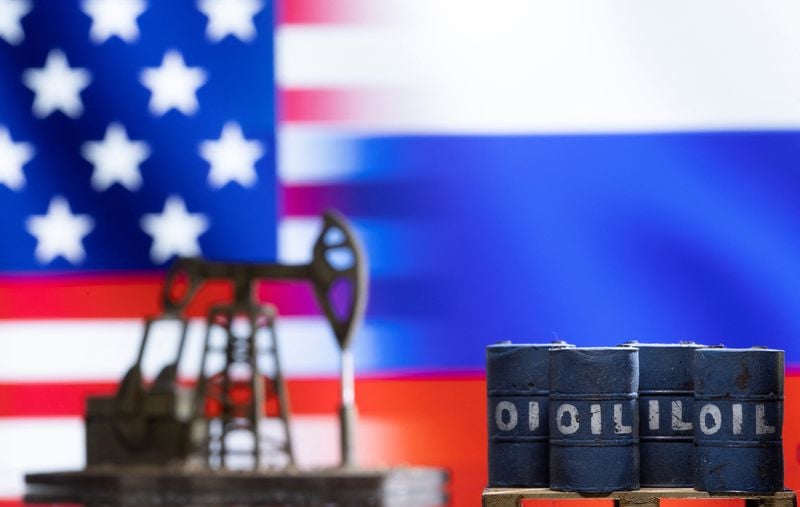 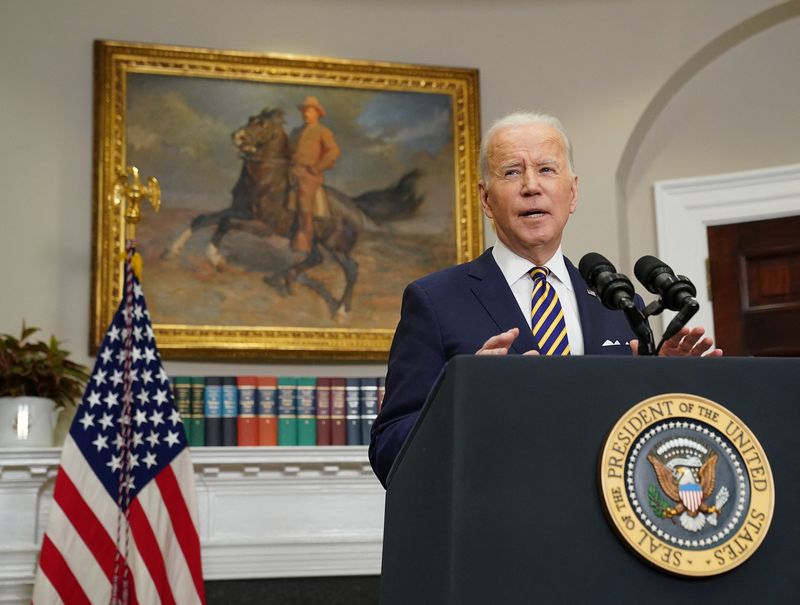