By William James and Kylie MacLellan

LONDON -Britain will phase out imports of Russian oil and oil products by the end of 2022 and consider banning its natural gas, joining other countries, including the United States, in a move to punish Moscow over the invasion of Ukraine.

As part of the global response to the war, Britain and others are seeking ways to deprive Moscow of income and cut their own use of Russian energy exports by becoming more self-sufficient.

Britain’s business minister Kwasi Kwarteng said he was exploring options to end British imports of Russian gas which accounts for about 4% of supply in the country.

Earlier Shell became one of the first major Western oil companies to abandon Russia entirely, while the once unthinkable moves on Russian oil by the United States and Britain sent oil prices surging on fears of restricted supply and more disruption. Shares in British and European energy firms rose. [O/R]

“In another economic blow to the (Vladimir) Putin regime following their illegal invasion of Ukraine, the UK will move away from dependence on Russian oil throughout this year, building on our severe package of international economic sanctions,” Prime Minister Boris Johnson said in a statement.

“Working with industry, we are confident that this can be achieved over the course of the year, providing enough time for companies to adjust and ensuring consumers are protected.”

Russia describes its actions as a “special operation” to disarm Ukraine and unseat leaders it calls neo-Nazis.

Johnson has promised to set out a new energy supply strategy, as his government braces for the fallout from a 54% jump in consumer gas and electricity bills due in April, and higher prices at petrol pumps.

Business minister Kwarteng called on businesses to use the rest of this year to ensure a smooth transition, and said the government would set up a taskforce to work with firms to find alternative suppliers.

“This transition will give the market, businesses and supply chains more than enough time to replace Russian imports – which make up 8% of UK demand,” Kwarteng said on Twitter.

“The UK is a significant producer of oil and oil products, plus we hold significant reserves… Finally, while the UK is not dependent on Russian natural gas – 4% of our supply – I am exploring options to end this altogether.”

Also on Tuesday, the European Commission published plans to cut the EU’s dependency on Russian gas by two-thirds this year and end its reliance on Russian supplies of the fuel “well before 2030”. 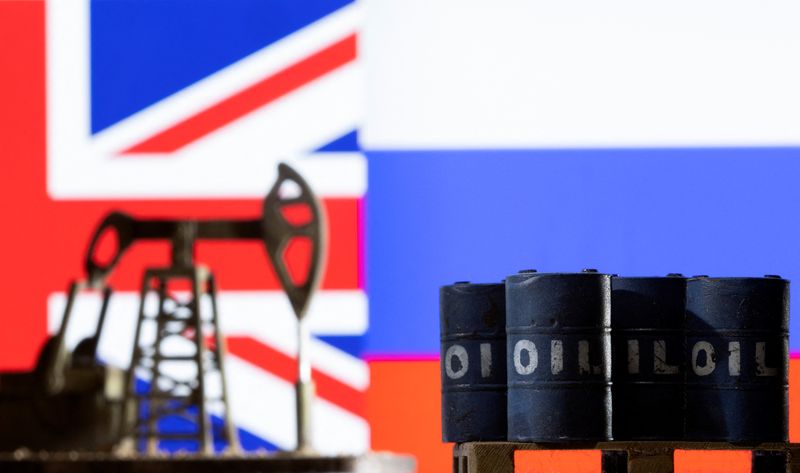